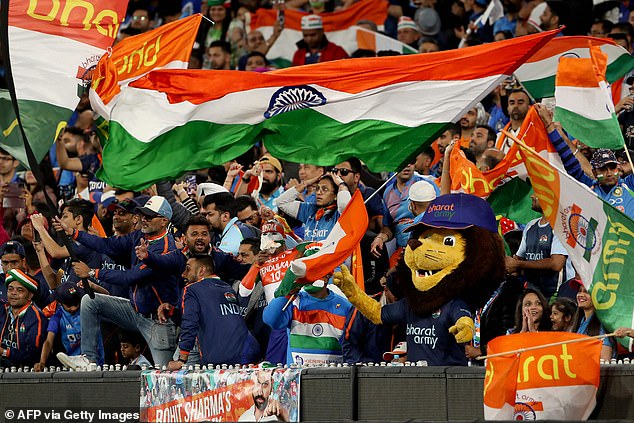 The Indian side looked dead and buried against arch-rivals Pakistan after an early collapse saw them reeling at 4-31 and at one point needing more than 13 runs an over to challenge.

But they secured a thrilling final-ball victory in a match that has widely been rated as the greatest international T20 ever played.

Man-of-the-match and Indian cult hero Virat Kohli got the job done with his 82* including two vital sixes in the penultimate over to steer his side home in front of 90,293 screaming fans at the MCG.

That was a record crowd for a cricket match in Australia involving two neutral sides and the passion for the game didn’t end there, with Sydney-based Indian nationals hitting the streets to party following the dramatic final-ball victory.

According the 2021 census, 130,573 India people call Sydney home and many of them hit the streets to celebrate the momentous victory over Pakistan.

‘I honestly have no words,’ Kohli said after his heroics.

‘I have no idea how that happened. I just kept believing and stayed there until the end. All these months I’ve been struggling, Indian supporters kept me going.

See also  It's Been Enjoyable, Today's Pitch Was Bowling-friendly – Daniel Sams After Winning The Player Of The Match Award

‘Thank you so much. This was meant to be. It is a truly special moment.’ 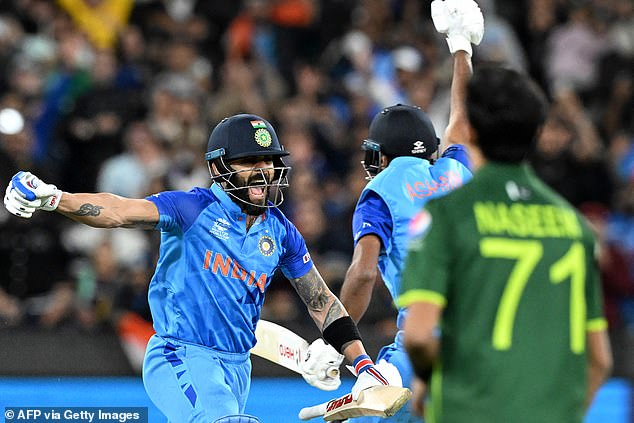 Captain Rohit Sharma was in awe of the batting display from Kohli and rated it his best knock in a long career of great T20, ODI and Test innings.

‘I was in the dressing room. I don’t have any words left. You got to expect something like this in a game like this. We wanted to stay in the game for as long as possible,’ he said.

‘That crucial partnership was the game changing moment for us. Those two guys are experienced. Staying calm and taking the game deep was very critical.

‘Good for our confidence. Always crucial to get off the mark like this. We were in no position to win this. It has to be Virat’s best knock playing for India.’ 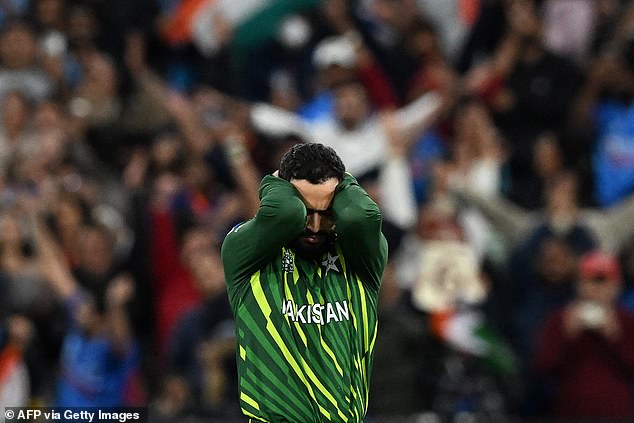 ‘Our bowlers bowled really well. We had a chance, we tried to stick to our plans. But credit to Virat Kohli.’