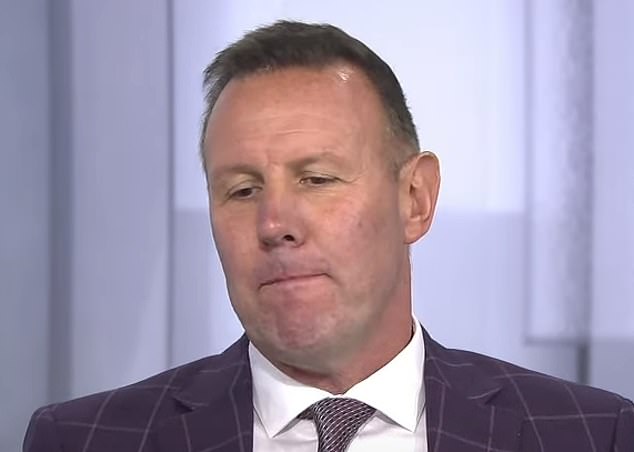 Madrid struck twice in the second half – including a wonderful David Alaba free kick – to grab all three points, but started the game with senior figures like Alaba, Luka Modric and Casemiro on the bench in favor of a younger lineup.

‘I was a little perplexed, first day of the season to be not playing your strongest team,’ Burley said. 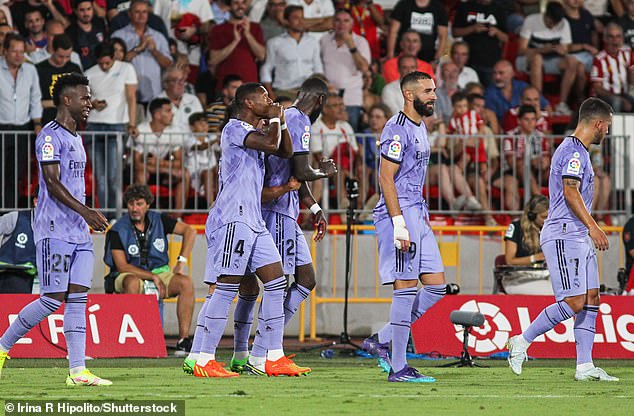 ‘But [Ancelotti] obviously wants guys to get game time sooner rather than later. ‘

Camavinga was hauled off at halftime for Luka Modric, while Tchouameni exited in the 58th minute for Eden Hazard.

Madrid trailed until the 61st minute, and it was ultimately two of the team’s elder statesmen who won them the game.

Lucas Vasquez pounced on a loose ball inside the box to tie the game up, and Alaba – also a second half sub – scored with his first touch of the match in the 75th minute to give the team the lead.

While Burley wasn’t overly impressed with the manner of the win, it did feel familiar to him.

‘In some sense it just reminded me exactly of last year’s Madrid… little bit of a sluggish performance against a team [just] promoted, and a bit of brilliance to win the game,’ he said. 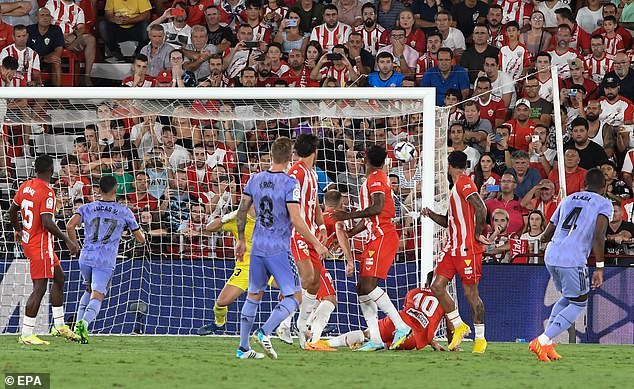 ‘We said that so many times about Madrid last year, in games that were tight [Karim] Benzema or Vinicius Jr. stood and just did something out of this world.

‘It takes a moment of magic, it takes Lucas Vazquez getting in there [and scoring] to win this game.’

Madrid will face a tougher test next weekend as they visit Celta Vigo.