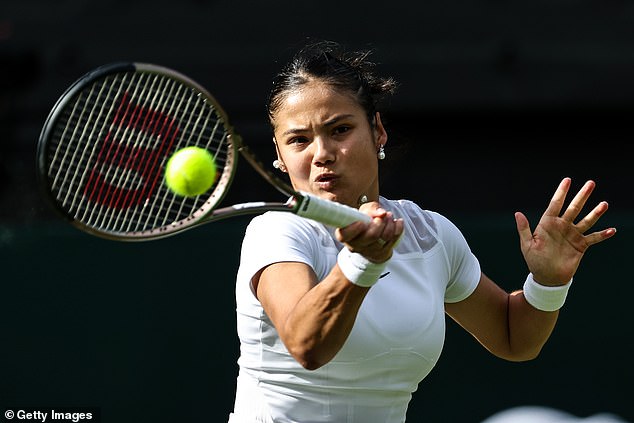 By Matthew Lambert for the Daily Mail

Day seven was another dramatic day at Wimbledon, with an abundance of action on and off the court.

From Emma Raducanu inspiring the next generation to Roger Federer thrilling fans, there was plenty to talk about.

Sportsmail‘s MATTHEW LAMBERT provides the lowdown on the action from the middle Sunday at Wimbledon.

You know someone’s young when Emma Raducanu is their hero.

Wimbledon resident Hannah Klugman made her Championships debut in the juniors aged just 13 on Sunday and despite a 6-3, 6-1 defeat by 18-year-old Yu-yun Li, there was evidence of why she is rated as the best young prospect in the country. Klugman said: ‘Emma is a massive inspiration.’

Frances Tiafoe showed Nick Kyrgios you can be an entertainer without constantly abusing officials — he even gave one of them a hug.

The American and David Goffin put on one hell of a show on Court 2 before the Belgian won in five sets.

At over four hours, it is the longest match of the fortnight so far. Tiafoe is an infectious character. 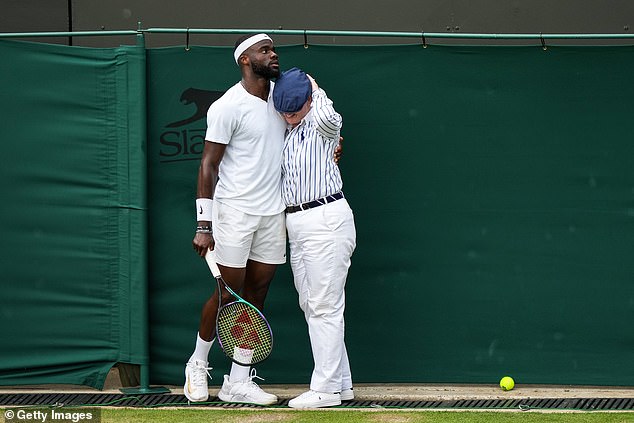 Roger Federer fans went wild on Sunday as he appeared on the balcony after the Centre Court centenary.

The Swiss waved like a monarch acknowledging his subjects and the crowd serenaded their hero.

He used the balcony as a vantage point to watch the son of his long-time agent Tony Godsick in the juniors on Court 7, but Nicholas, 17, lost 6-2, 6-0. 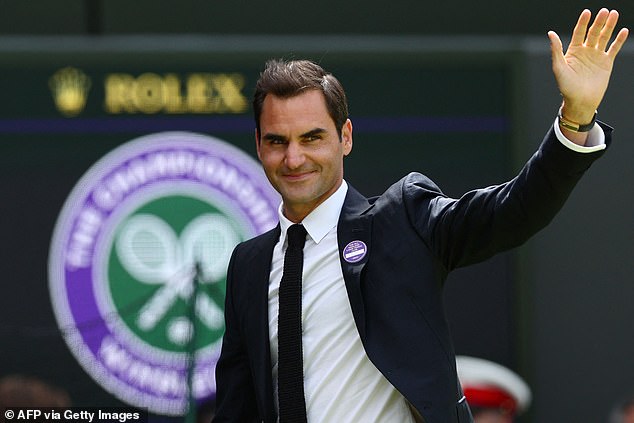 Some rare good news on the Covid front for Novak Djokovic as Australia have announced they are lifting all restrictions at the border, so unvaccinated people are allowed in.

All that stands in the way of the Serb now is the small matter of a three-year deportation order.

Jamie Murray and Venus Williams’ mixed doubles adventure ended in the second round as they were beaten 18-16 in an extraordinary deciding tiebreak by British pair Jonny O’Mara and Alicia Barnett.

If, as seems very possible, this is the last we see of Venus, 42, at Wimbledon, then this wasn’t a bad way to go out: saving four match points before going down in a tremendous match on Court 2. 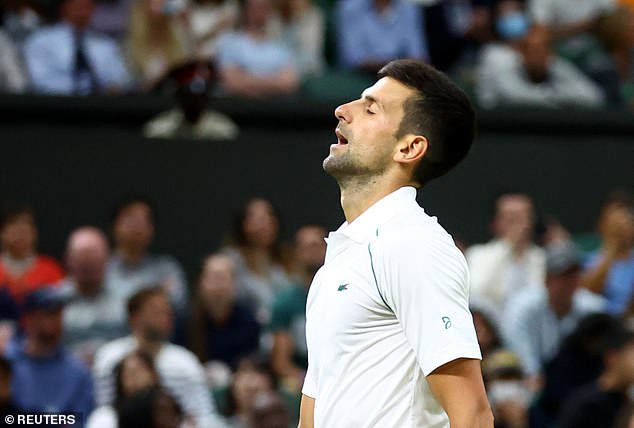