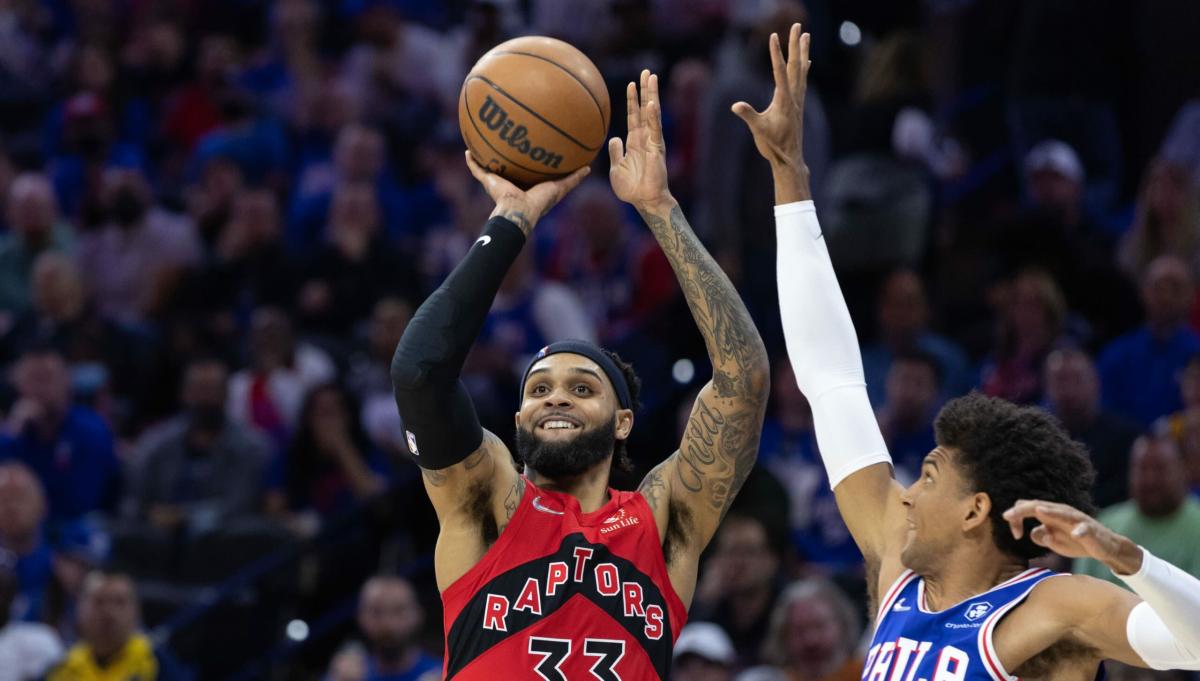 Positionally, the biggest need for the Los Angeles Lakers could be productive 3-and-D wings.

That is the name of the game in today’s NBA, as the league has gotten smaller and faster-paced over the past dozen years or so.

The Lakers appear to be willing to move at least one of their more productive players in order to acquire a wing who would move the needle.

Talen Horton-Tucker has been rumored to be trade bait, and he reportedly has real value around the league.

Guard Kendrick Nunn is another Laker who could be on the move should an opportunity present itself, and of course, Russell Westbrook would be the Lakers’ biggest asset on the trade market depending on how much interest there is in him.

According to Sean Deveney of Heavy.com, an Eastern Conference executive feels L.A. could go after the Toronto Raptors’ Gary Trent Jr. via trade.

“The pick is the key thing, if the Raptors think that pick is going to be valuable, and it might very well be, then it makes some sense,” the executive said. “Horton-Tucker and Nunn, you assume he is going to play again and be a pretty good bargain. The Raptors like Horton-Tucker, remember they wanted him in the Kyle Lowry deal that fell through with the Lakers. It is hard to say what kind of future Trent is going to have there, if they’ll pay him. So if they can get assets back now, it is something to explore.”

Is Trent worth going after?

Trent is 6-foot-5 and weighs 209 pounds, and although he plays primarily the 2-guard spot, he can also play some small forward.

His biggest skill is his 3-point shooting. He made 38.3 percent of his attempts from beyond the arc this season, and he has a career accuracy of 38.9 percent from that distance.

According to NBA.com, he connected on 41.1 percent of his catch-and-shoot 3-pointers this season.

Trent also averaged 1.7 steals per game this year, and it appears he has made strides on the defensive end.

One negative with him is that, for his career, he has shot just 44.7 percent on his 2-point attempts.

But he is only 23 years of age, so he should have some room for improvement moving forward.

Besides, with an 18.3 points per game average this season, Trent can score and be a very potent option for the Lakers outside of LeBron James and Anthony Davis, especially off the ball.

This is certainly something for them to think about. If they give up Nunn in such a trade, it would leave Westbrook as their only true point guard, but on the other hand, they’ll receive a player who can light it up from the outside in ways that Horton-Tucker can only dream of.

Trent doesn’t need the ball in his hands to be effective, which would potentially make him an easy fit on this Lakers team.