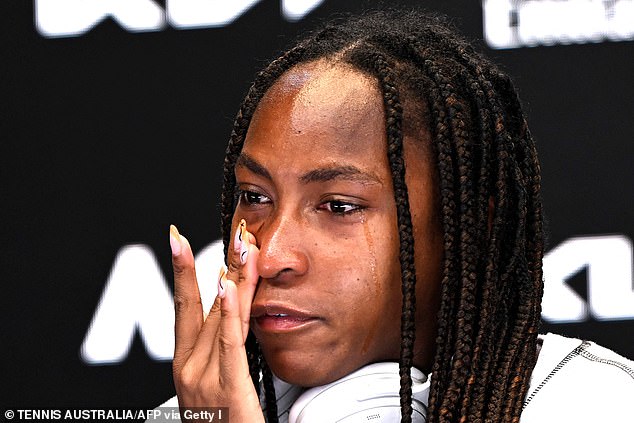 Accepting the fact she ‘will fail and make some silly mistakes’ as a teenage player rescued Coco Gauff’s mental state after losing at the Australian Open.

Gauff was left in tears after she was beaten 7-4, 6-3 by Jelena Ostapenko, frustrated at another Grand Slam without a trophy.

But the Atlanta teenager, 18, has now managed to find a way to celebrate the small wins of progress so as not to destroy her mental state after every defeat.

Coco Gauff, 18, was left in tears following her fourth round singles exit at the Australian Open 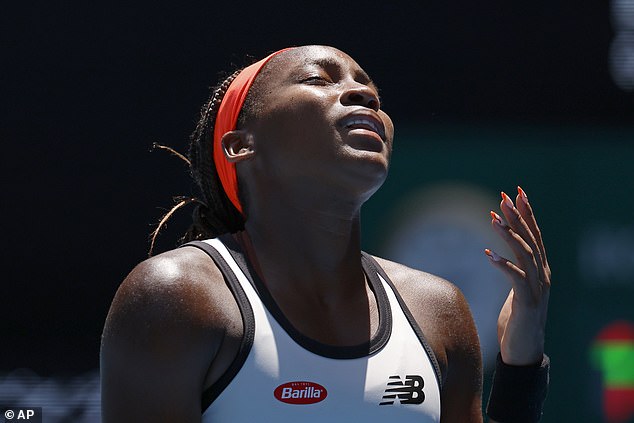 ‘For your own mental wellbeing you have to remind yourself you will fail and make some silly mistakes,’ Gauff wrote in her latest BBC Sport column.

‘You will make mistakes because you haven’t experienced life enough not to do that. I think that is something which I’m only realizing this year.’

Gauff has put an incredible amount of pressure on herself since bursting onto the scene at Wimbledon at the age of 15. 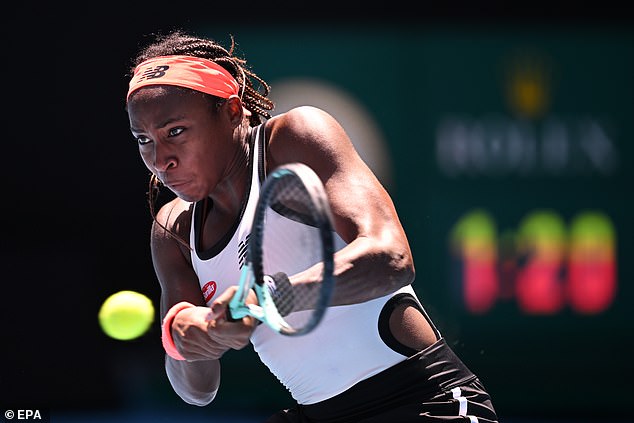 She has put so much pressure on herself that she did not enjoy any part of being in the 2022 French Open final, which she lost to Iga Swiatek, which is something she ‘regrets’.

The 18-year-old, who is into the quarter-finals of the women’s doubles with fellow American Jessica Pegula, does however believe that there were signs of progress in the singles, even in a fourth round exit.

‘I do think I improved in this tournament and I played some of the best stuff I’ve played in a while,’ she added.

‘This experience will motivate me to come back stronger.’

Prior to her exit it had been a really strong start to 2023 for Gauff. 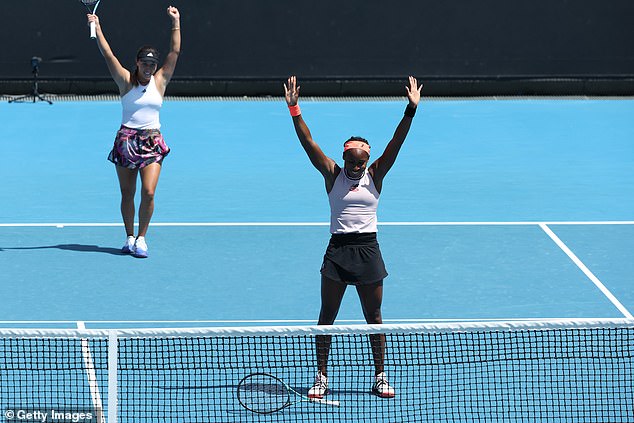 She is still hoping to leave Australia with the doubles title, playing with Jessica Pegula (left)

She reeled off eight successive wins and went on to lift the WTA title at the ASB Classic in Auckland, New Zealand.

As things stand Gauff is set to rise to sixth in the world rankings when they are updated – due to Greece’s Maria Sakkari losing in the third round.

She will still hope to leave Australia with some silverware and will need Pegula to be on her A-game after she too suffered a disappointing exit in the singles.

‘I think it actually helps that I’m playing doubles tomorrow because I don’t have so much time to sulk around and kind of be in my feelings,’ Pegula said after losing 6-4, 6-1 to Victoria Azarenka.