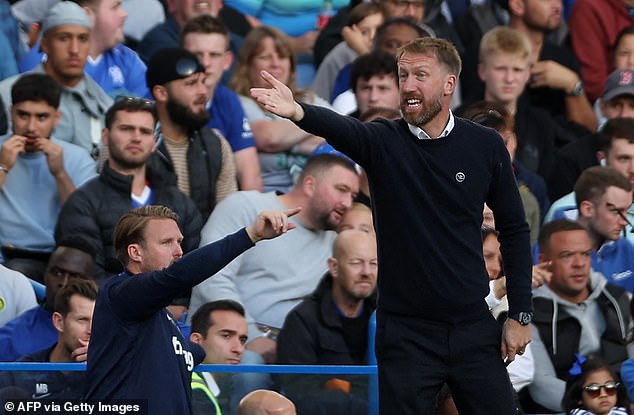 ‘We can’t succeed just with just eleven players’: Chelsea boss Graham Potter is prepared to upset stars and rotate his squad after easing past Wolves despite making seven changes from midweek win over Milan

Graham Potter has discovered quickly what it is like to manage a large squad of big-name players, and proved that he is prepared to be unpopular if it means sharing the load, as he proved with wholesale changes on Saturday.

Potter made seven changes from the Chelsea side that beat AC Milan 3-0 on Wednesday and achieved the same result against Wolves, with recalled players Kai Havertz, Christian Pulisic and Armando Broja scoring the goals.

Potter outlined the need to rest players who have been ever-present under his watch so far, and was delighted the gamble to rotate his squad paid off.

Pierre Emerick Aubameyang was rested after scoring two goals in his past two games, but his replacement Havertz hit the net with a header.

‘We felt like giving him (Aubameyang) a breather. Forwards rely on rhythm but he hasn’t had that much football before coming here,’ said Potter, who rested Raheem Sterling for the same reason. ‘Raheem has had a load of football so he needed a breather. Thiago Silva had a heavy cold at the start of the week, Ben Chilwell is recovering from an ACL injury, so it would not the smartest thing to play him three times in a week, especially when we’ve got Marc Cucurella

‘Reece James had a dead leg that wasn’t fully recovered so we had to give him a bit of extra time, 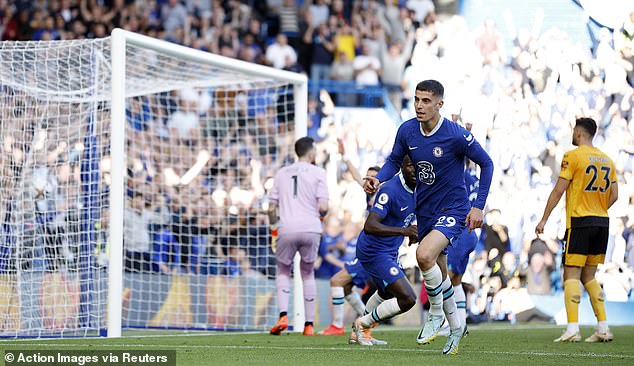 Mateo Kovacic has been nursing a knee problem and we know we can use the group in terms of Jorginho and Ruben (Loftus-Cheek).

‘We have a good group here, and we can’t succeed just with just eleven players. We can’t just play them till they fall down or get injured.’

But he said to reporters knowingly: ‘If we’d failed today you’d be asking why we didn’t play Aubameyang!’ 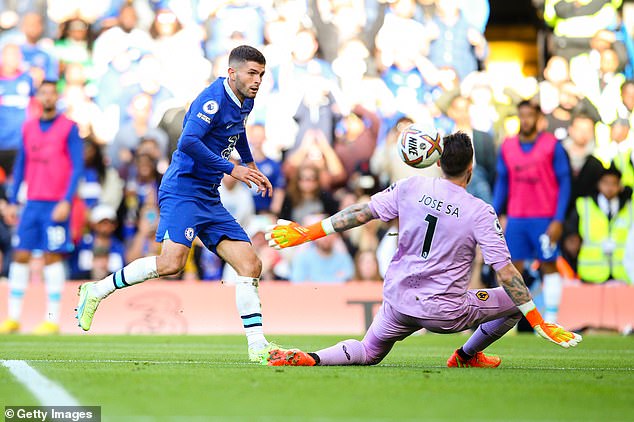 Asked if he will continue to rotate, Potter added: ‘We’ll take every situation on its own merit. If you’re playing three games a week, you’ve got to make a decision around fresh players, around players that are determined and desperate to play. We’ve got a good group here, with lots of competition and you need that, people fighting for each other, supporting each other but ready to help.

‘I think you saw that today. Kai, Christian and Armando scored so that’s pleasing.

‘My experience with professional footballers at any level is they want to play football. You have to respect that, but at the same time part of the deal coming to a club like this is you have to fight to play in the team, you’ve got to be ready to help the team, and play your role.

And all you can do as head coach is communicate reasons why and admit as coach that you are not always right but we have a strong group and a strong collective, and it’d be difficult to achieve anything without that.’ 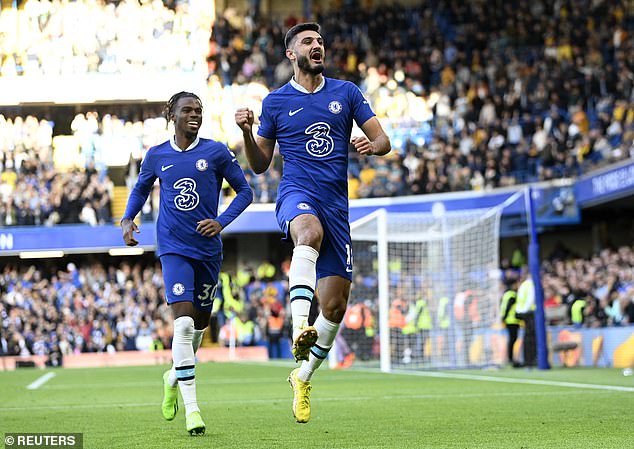