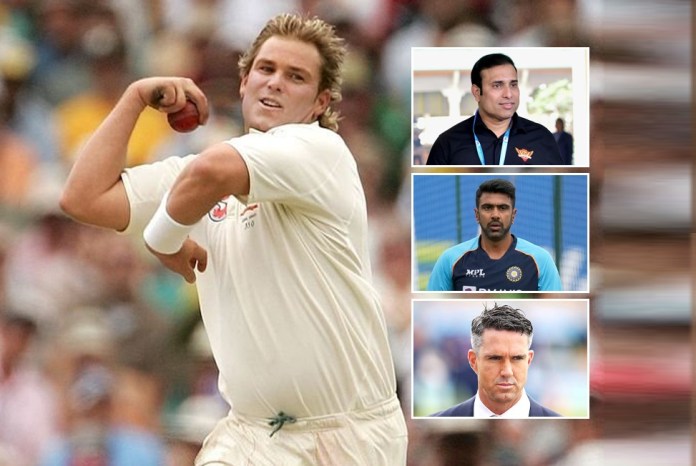 Shane Warne Shocking Death – Warne Dies of Heart Attack: Australia cricket legend and the greatest leg-spinner of all-time, Shane Warne, has died, aged 52. Warne’s management released a brief statement in the early hours of Saturday, that he passed away in Thailand of a suspected heart attack – Follow LIVE Updates

“Shane was found unresponsive in his villa and despite the best efforts of medical staff, he could not be revived,” the statement reads.

“The family requests aprivacy at this time and will provide further details in due course.

World’s Greatest Bowler Dies – Shane Warne Cricket Records: Shane Warne is widely regarded as one of the greatest bowlers to have played the game, having retired as Test cricket’s second most prolific wicket-taker.

Warne was named as one of Wisden’s Five Cricketers of the Century, claimed 708 Test wickets in a 15-year career between 1992 and 2007. He was also a World Cup winner with Australia in 1999.

Shane Warne Cricket Records: Warne overall played 145 Tests and 194 ODIs between 1992 and 2007 and took a combined 1001 wickets during his storied international career.

The GREATEST ever SPINNER ‘NO MORE’: While Warne enjoyed bowling against most teams, he particularly excelled against England and South Africa with 325 off his 708 Test wickets coming against the two nations.

The GREATEST BOWLER of the Century: His delivery to Mike Gatting in the 1993 Ashes Test is considered as the ball of the century.

One of his finest performances in Test cricket also came against England when he ended the iconic 2005 series with 40 wickets and the Player of the series award.

See also  MI vs KKR: It Is Always A Good Feeling To Contribute With Wickets

He remained a popular figure post retirement, forging a successful broadcasting career as commentator and expert.

Shane Warne Rajasthan Royals: Post retirement, Warne famously guided Rajasthan Royals to a fairy-tale title win in the inaugural season of Indian Premier League in 2008 as their captain and coach.

Gutted to hear this.

A cricket icon, one of the best to ever play the sport.

This is absolutely unbelievable. Shocked beyond words. A legend and one of the greatest players ever to grace the game..
Gone too soon… Condolences to his family and friends. https://t.co/UBjIayR5cW

Cannot believe it.
One of the greatest spinners, the man who made spin cool, superstar Shane Warne is no more.
Life is very fragile, but this is very difficult to fathom. My heartfelt condolences to his family, friends and fans all around the world. pic.twitter.com/f7FUzZBaYX

💔 And speechless at the moment. I literally don’t know how to sum up this situation. My friend is gone!!
We have lost one of the Greatest Sportsmen of all time!!
My condolences goes out to his family.
RIP Warnie!! You will be missed. pic.twitter.com/sQOrL9dIyM