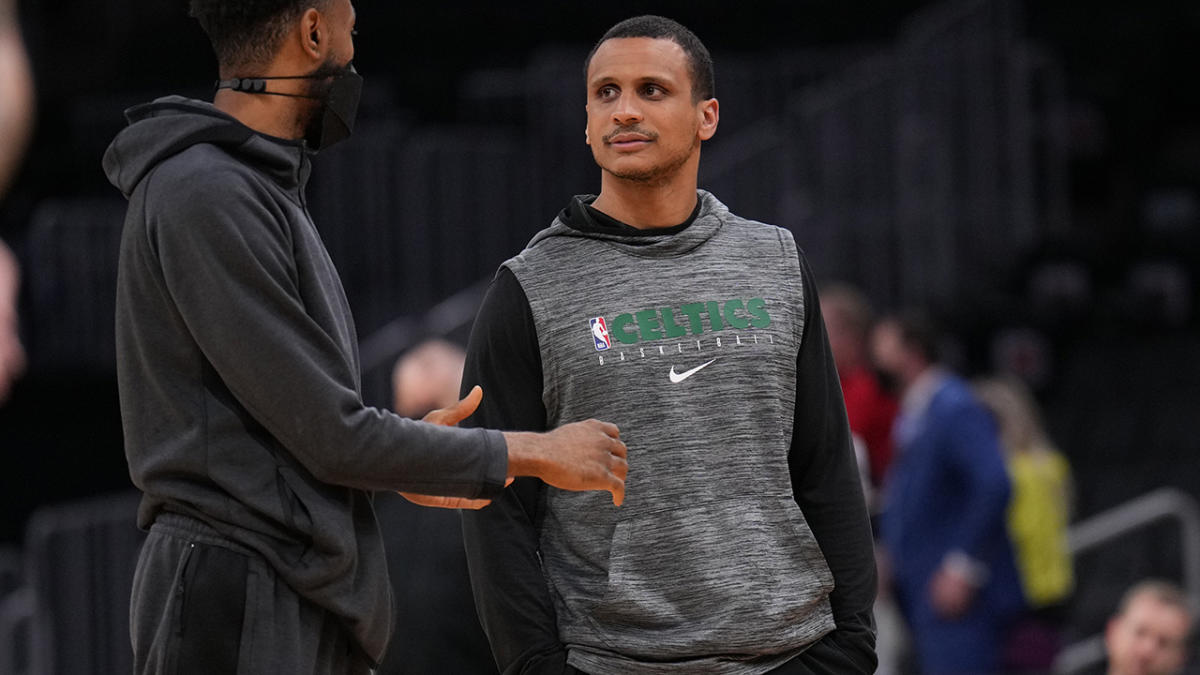 When newly hired Celtics coach Ime Udoka traveled to Tokyo for the 2021 Olympics, he leaned heavy on Joe Mazzulla, the only holdover from Brad Stevens’ on-the-bench coaching staff, to hold the fort back in Boston.

Mazzulla had coached Boston’s summer entry that year and used his familiarity with the core of the team to ease the transition to a new coach.

Now, with Udoka’s possibly suspended for the entire 2022-23 NBA season, the Celtics will again lean on Mazzulla. ESPN reported Thursday that Mazzulla will serve as interim coach in Udoka’s absence for violating team policy.

The 34-year-old Mazzulla interviewed for the Jazz opening in June before Utah hired fellow Celtics assistant Will Hardy for that post. Mazzulla was expected to make the jump to one of Udoka’s lead assistants this season and, instead, he’ll get the keys to the coaching car.

Udoka gushed about Mazzulla during Boston’ run to the Finals.

“I talked to everybody in the organization when I got hired, players included, and [Mazzulla] got glowing reviews. I didn’t know much about him going into it. I take the players’ opinions at high value,” Udoka said in June. “He was a guy that there was a consensus ‘yes.’ Somebody that they all worked with closely, believed in, and understood his upside.

“Once I met with him and Tony Dobbins, Evan Bradds, some of the guys we kept, I think it was pretty easy conversations to see why. As all young guys, he coached summer league, kind of held everything together while I was gone to Tokyo. The value and the relationship aspect, which was a big part of my coaching staff, he carried over well.”

It’s one thing to hold things down while Udoka is overseas or conduct workouts while Udoka was in protocol before the season. It’s another to steer a team coming off a Finals appearance while getting thrown into the fire just days before the start of training camp.

I love Joe. … He’s helped me out tremendously as a player and as a person.

“It’s easy to see why [players wanted him] once I got to know him and be around him. What I’ve encouraged our guys to do is be more vocal, be more out there, get their own voice. Same way I was kind of brought up in San Antonio.

“I think all our guys have done that throughout the year. We’ve all learned each other, for the guys I didn’t know as well. Obviously with the Miami series, that being [Mazzulla’s] scout, you’ve seen him grow throughout the season.”

“I love Joe,” said Tatum. “I think just being around him … you could tell how passionate he is about the guys and his craft. He’s gotten so much more knowledgeable, more detailed, just vocal. More comfortable in his role as a coach. You’ve seen a growth from his first year.

“He’s helped me out tremendously as a player and as a person. I can’t say enough good things about Joe. Everybody appreciates him, what he brings to this team. I’m glad that we have him.”

What are the Celtics getting with Mazzulla? Udoka detailed his personality while praising Mazzulla’s scouting during the Miami series.

“Joe is a very enthusiastic guy, obviously,” said Udoka. “The guys know him, he’s been here for some years and is a great, young, up-and-coming coach. But he’s been huge for this preparation, just as the others have for the other series. But it’s very noticeable because, like I said, he’s a very energetic, outgoing guy.”

Mazzulla joined the Celtics as an assistant with the Maine Red Claws before taking a college head coaching job. He returned as part of Stevens’ staff in 2019 and worked extensively with Kemba Walker during his first year with the team.