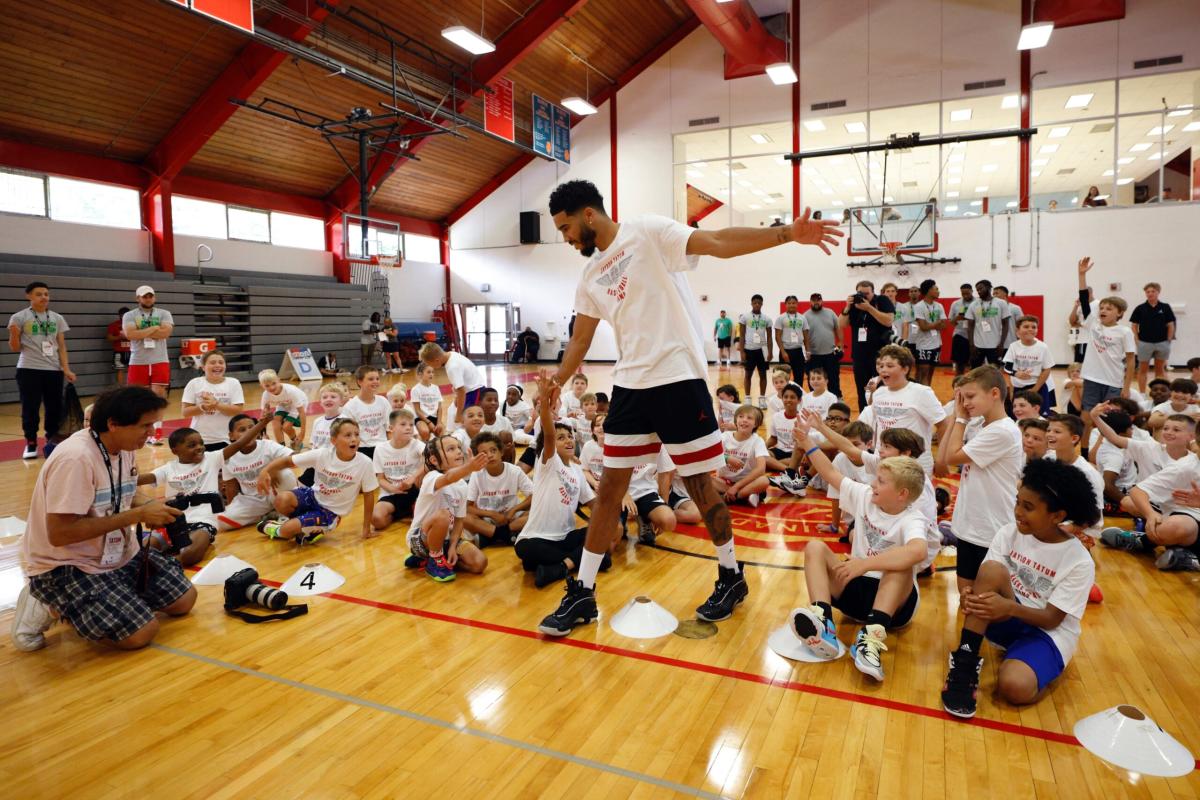 By now, most fans of the Boston Celtics know plenty about the interest of star Celtics shooting guard Jaylen Brown in promoting education in his community. But fewer know the Georgia native shares this interest with his fellow star wing Jayson Tatum, who recently shared that he also wants to help his fellow St. Louis natives get a better education.

The Duke product sat down for an interview with the eponymous host of the “In Depth with Jason Bensinger” show and spoke on his desire to open a school in his hometown to promote education in the city he grew up in.

The Celtics star had plenty to say about how he wants to use his platform and the Jayson Tatum Foundation to give back to greater St. Louis, so take a look at the clip embedded below to hear what he had to say.

See also  How far can the Boston Celtics’ league-leading defense take them?