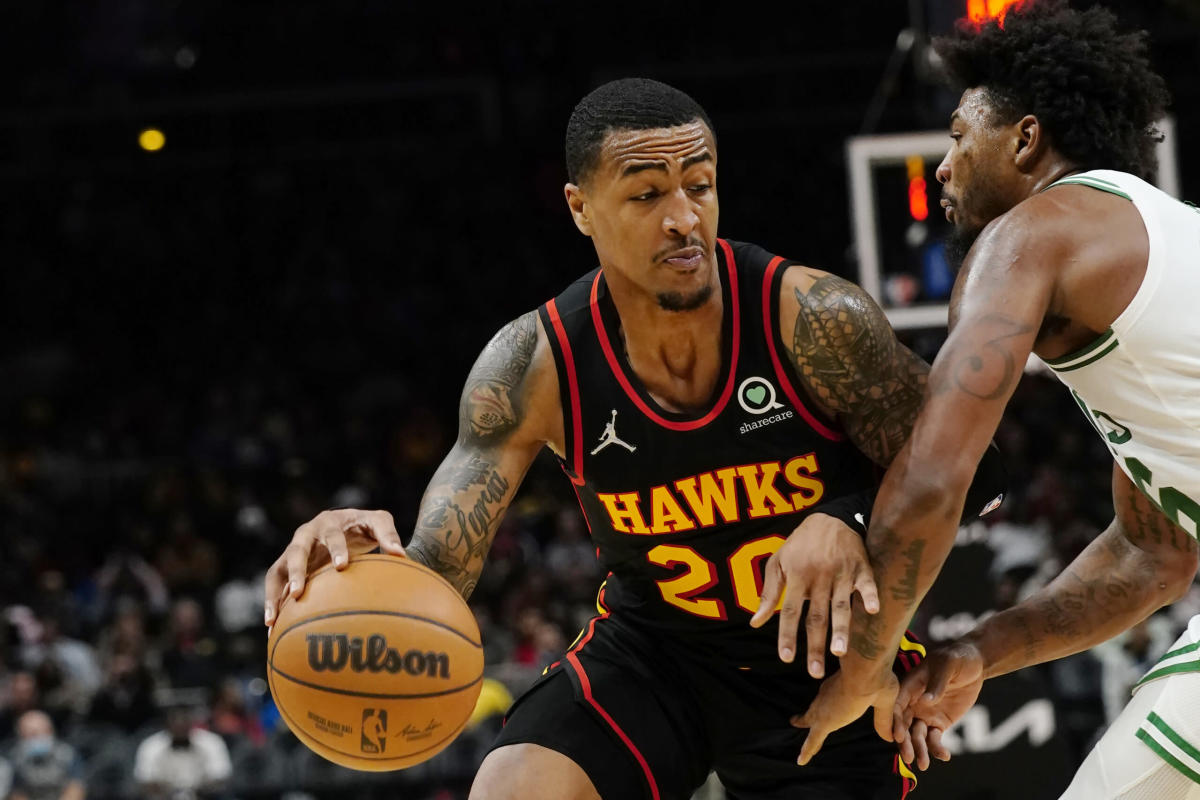 Might the Boston Celtics have eyes for Atlanta Hawks big man John Collins? A day ahead of the 2022 NBA draft, The Athletic’s Zach Harper reports his sources as hearing Boston “could be interested in a deal for Collins.”

Noting Horford is not a long-term solution for the team given his age and potential for decline, Harper sees the Hawks big man as a solid potential option for the future of the Celtics. “Collins is only 24 years old, and putting him with Robert Williams III and Jayson Tatum in the frontcourt would give the Celtics a young, dynamic trio up front.”

The problem, as the Athletic analyst notes, is putting together a deal that makes sense for all parties.

Horford presumably wouldn’t get the deal done, and despite the homecoming narrative for star forward Jaylen Brown, would be a clear talent downgrade. Might a package built around guards Derrick White or Marcus Smart be enough?

Even that sort of scenario creates other, hard-to-fix issues given Boston’s designs on contention given their limited resources for flashy moves — file this one under ‘wait and see’ with so many other rumbles of the last day.

Celtics Lab 125: A crash course on what Boston might do in the 2022 NBA draft with Bryan Kalbrosky

What’s the next step for Boston Celtics star Jayson Tatum?

What can we expect from the Boston Celtics this offseason?

‘We’ve got the OK to do whatever we need to do,’ says Celtics president Brad Stevens of Boston’s offseason team building