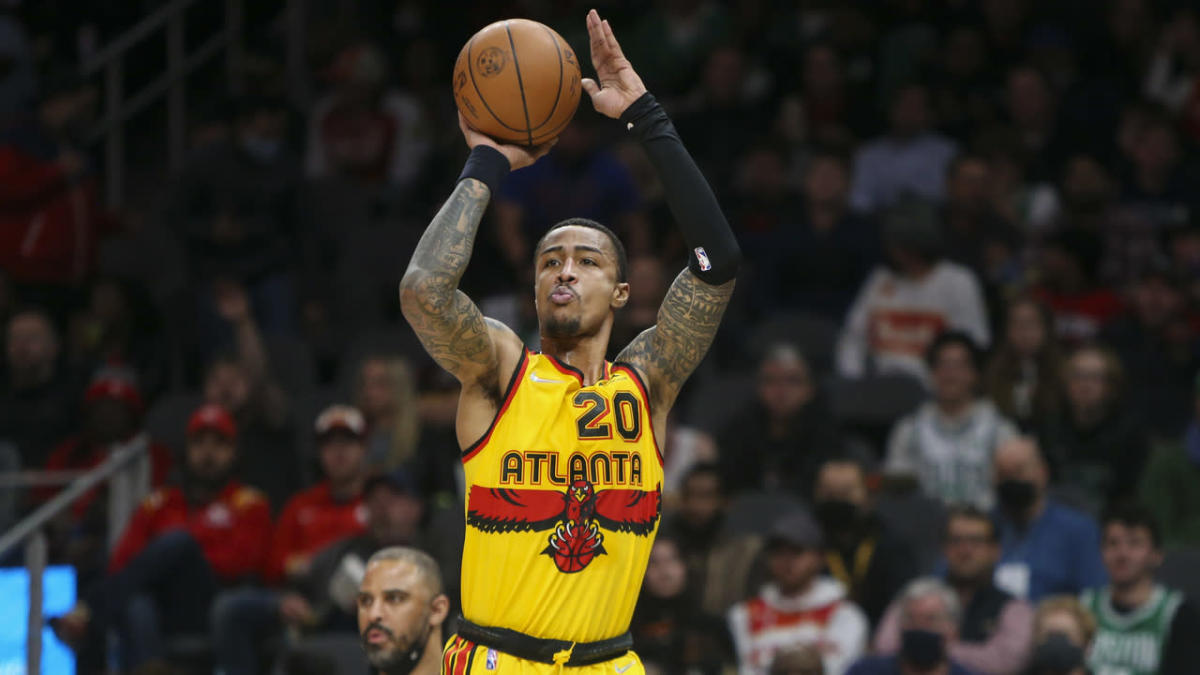 Would Celtics have interest in John Collins trade with Hawks? originally appeared on NBC Sports Boston

The Boston Celtics’ offseason has begun in earnest, and a familiar name has surfaced as a potential trade target for Brad Stevens and Co.

The Athletic’s Zach Harper reported Wednesday that there’s “some chatter that the Celtics could be interested” in a trade for Atlanta Hawks big man John Collins.

Collins was tied to Boston in trade rumors last March, with the C’s reported as one of the favorites to land the 24-year-old prior to the 2021 NBA trade deadline.

Does a deal for Collins make sense this time around?

The argument for adding Collins is that he’s a very productive big (16.2 points and 7.8 rebounds per game last season) with a solid outside shot (career 37.6 percent 3-point shooter) who could be a dynamic four in Boston’s starting lineup. If you believe Al Horford can’t replicate his strong 2021-22 campaign at age 36, then the Celtics definitely could benefit from adding a younger, more offensively-talented big.

The question is what Boston would have to give up to land Collins, who signed a five-year, $125 million contract with Atlanta last August. The Hawks could ask for Georgia native Jaylen Brown in return, but there’s no way Stevens would break up the Brown-Jayson Tatum duo after they helped the C’s reach the NBA Finals.

The most likely scenario (relatively speaking) would involve moving Marcus Smart, who reportedly garnered interest from Atlanta at last year’s trade deadline. Collins is making $6.4 million more than Smart in 2022-23, so the C’s likely would need to add another midlevel salary like that of Daniel Theis to make a deal work.

Would Boston part with its longest-tenured player and hand the point guard keys to Derrick White if it meant adding Collins? Our Chris Forsberg has made his stance on Smart clear, and it seems unlikely the Celtics would make such a drastic move after finishing two wins shy of an NBA championship.

The C’s should explore all avenues to improve their roster, but they have more pressing needs (bench scoring and playmaking at the top of the list) that can be addressed for a smaller price than trading a core player for Collins.