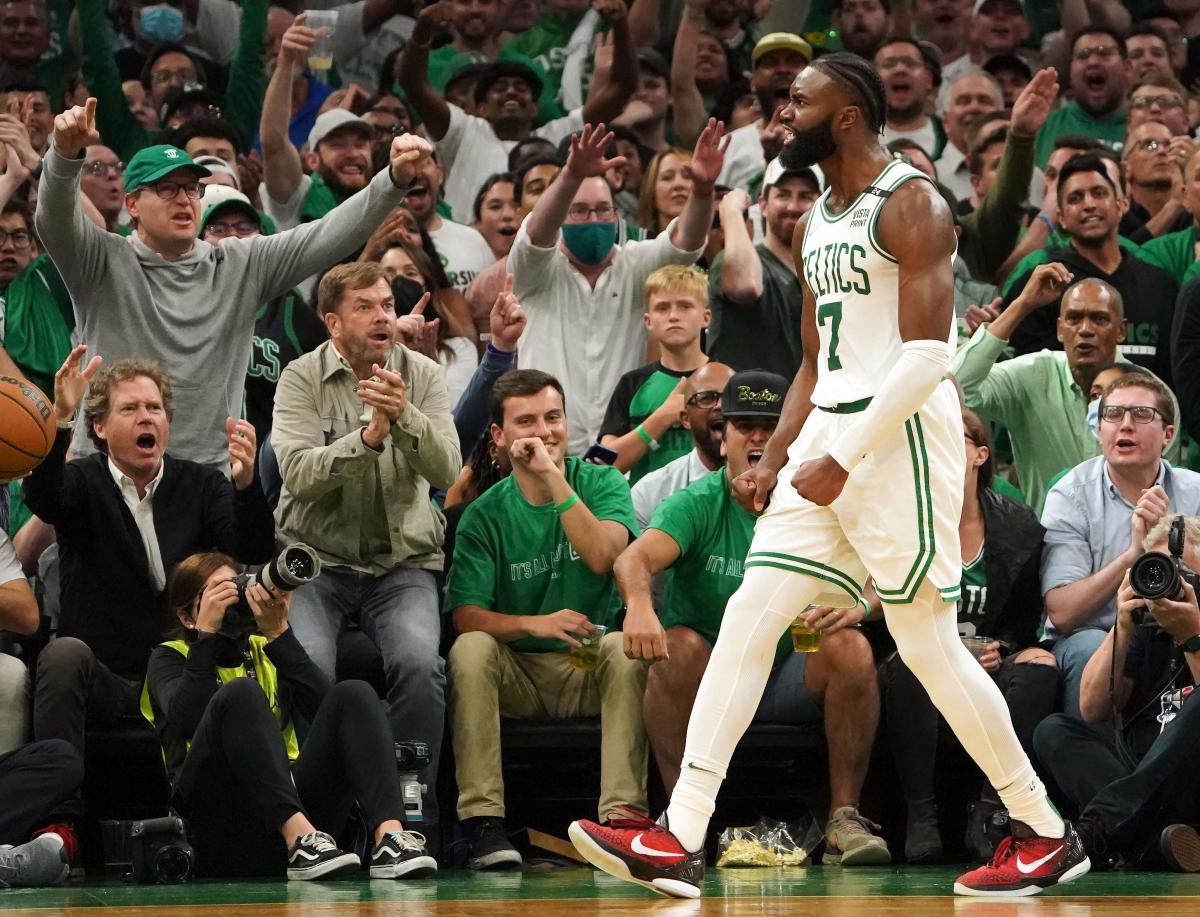 When the Boston Celtics lose a playoff game, they have a reliable response the next game.

For the seventh time in as many games in the 2022 postseason, the Celtics followed a loss with a victory.

“We put (a loss) behind us pretty quickly and attacked the areas that we did poorly and tried to improve on those,” coach Ime Udoka said before Wednesday’s game. “For us, it’s just a resilient group that kind of doesn’t care about the last game, put it behind us and move on to the next.”

Playing an NBA Finals game at home for the first time since 2010, Boston defeated Golden State 116-100 in Game 3 on Wednesday, taking a 2-1 lead in the series.

Jaylen Brown scored 17 of Boston’s 33 first-quarter points, helping the Celtics to an 11-point edge after the first 12 minutes. He scored or assisted on 24 of those points.

Brown made 6-of-9 shots and played all 12 minutes of the opening quarter and had 22 points, seven rebounds and three assists in the first half.

He finished with a team-high 27 points, nine rebounds, five assists and a blocked shot.

Boston cooled off in the second half but did enough to hold off the Warriors, who threatened to make it a close finish.

The Celtics had 28 assists on 43 buckets, 22 second-chance points off 15 offensive rebounds and outscored Golden State 52-26 in the paint.

Thompson missed his first three shots on Wednesday, then hit five of his next seven, including four 3-pointers. It was his best offensive game of the series, scoring 25 points after just 24 total in Games 1 and 2. The Warriors will need that kind of shooting moving forward.

With 5:06 remaining in the third quarter, Steph Curry made a 3-pointer and Boston’s Al Horford was assessed a flagrant foul-1 for not giving Curry room to land after his shot. Curry made the free throw, Golden State retained possession, and Otto Porter Jr. made a 3-pointer that became a seven-point possession, trimming a nine-point Boston lead to 82-80.

Four possessions later, Curry made another 3-pointer, putting Golden State ahead 83-80, its first lead since 2-0.

The Celtics continued their trend of rough third quarters, allowing Golden State to get back in the game. The Warriors outscored the Celtics 33-25 and Curry scored 15 of his game-high 31 points in the quarter. Curry has been spectacular offensively, averaging 31.3 points in the Finals, but Boston’s stout defense has limited the rest of the Warriors through three games.