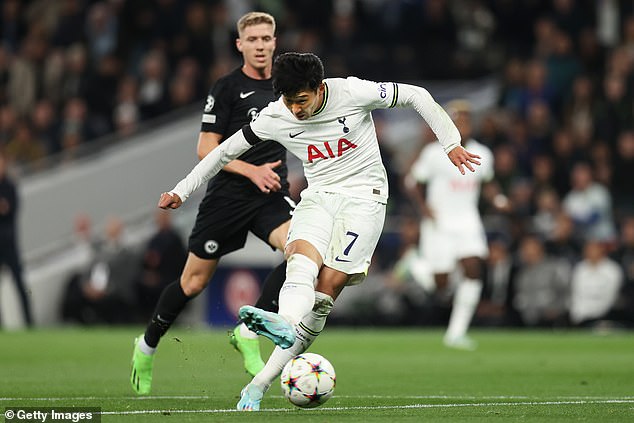 Son Heung-min is preparing for the next move in his career carefully, having shot to world-class status over the last few seasons at Tottenham.

The South Korean international finished in 11th place in the Ballon d’Or rankings earlier in October, and scored a joint Premier League high 23 goals last campaign on his way to becoming one of the world’s leading forwards.

And he may now be on the verge of making a move away from north London, despite a contract keeping him there until 2025, with Real Madrid interested in his services, according to German outlet SPORT1.

SPORT1 have reported that Los Blancos coach Carlo Ancelotti has kept a watch on the 30-year-old’s progress, clearly impressed by the forward’s array of talents.

Not only is he capable of stunning solo efforts, but Son is also frighteningly quick and has an eye for a pass too.

As a result Son has fast become one of the most deadly attacking players in Europe, despite arriving at Tottenham as a relatively unknown quantity. 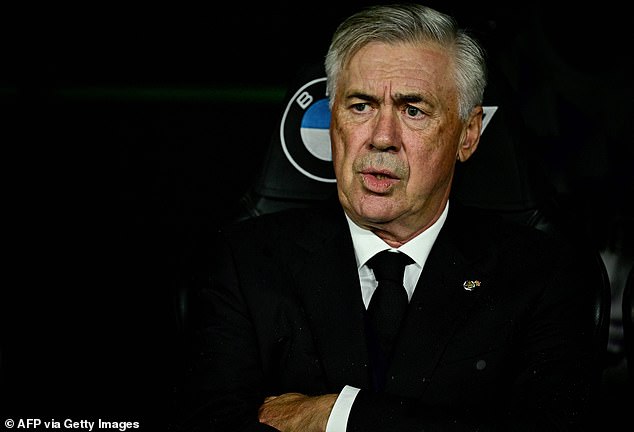 Carlo Ancelotti and Real Madrid are said to be interested in the South Korean international, 30

He joined Spurs back in 2015 for just £27million from Bundesliga side Bayer Leverkusen, and has gone on to amass 136 goals and 76 assists.

The 30-year-old has formed an infamous bond with Harry Kane – no pair has ever combined for more goals in the Premier League – but he may come to decide that he is more likely to win some of the game’s greatest honours elsewhere. 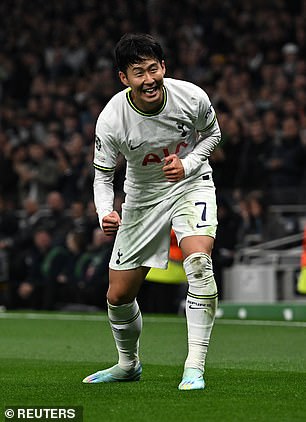 Whilst Tottenham have successfully ousted the likes of Manchester United and Arsenal from the Champions League spots in recent years, they are not exactly considered contenders for the title.

As well as that, they have only reached two cup finals since he arrived at the club, losing both the 2020-21 Carabao Cup final to Manchester City, and the Champions League final to Liverpool in 2018-19.

And they might have Antonio Conte at the helm now – one of the modern game’s great winners – but he has been unable to transform Spurs into heavyweight contenders yet, having arrived in 2021.

Conte is yet to sign a new deal, and former manager Tim Sherwood believes that this lack of certainty at the club could have a knock-on effect for the sides stars. 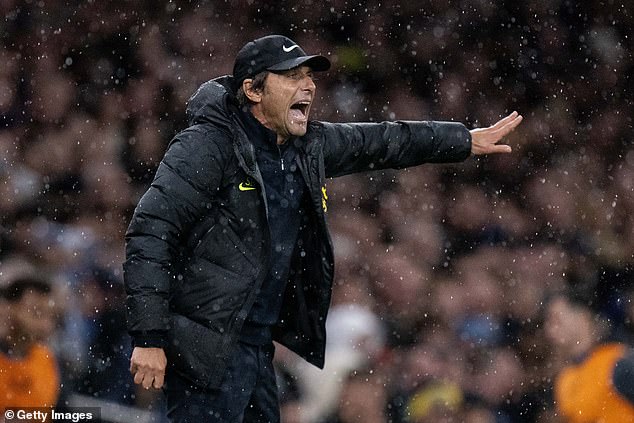 ‘I mean he’s not signed a new contract,’ Sherwood said. ‘You are asking Harry Kane and Son to extend their contracts, why would you extend your contract? If you believe in this manager and if your manager is going to be there until the end of the season.’

In his 30th year, Son is now coming to the point most great players come to in their careers with likely only one big contract incoming before sliding – unceremoniously or not – away from the continent’s leading sides.

He is under contract for at least three more seasons in north London, but he will surely want to see signs that he might be able to add to his trophy cabinet fast, or else the call of a club like Real could prove too tempting to turn down.