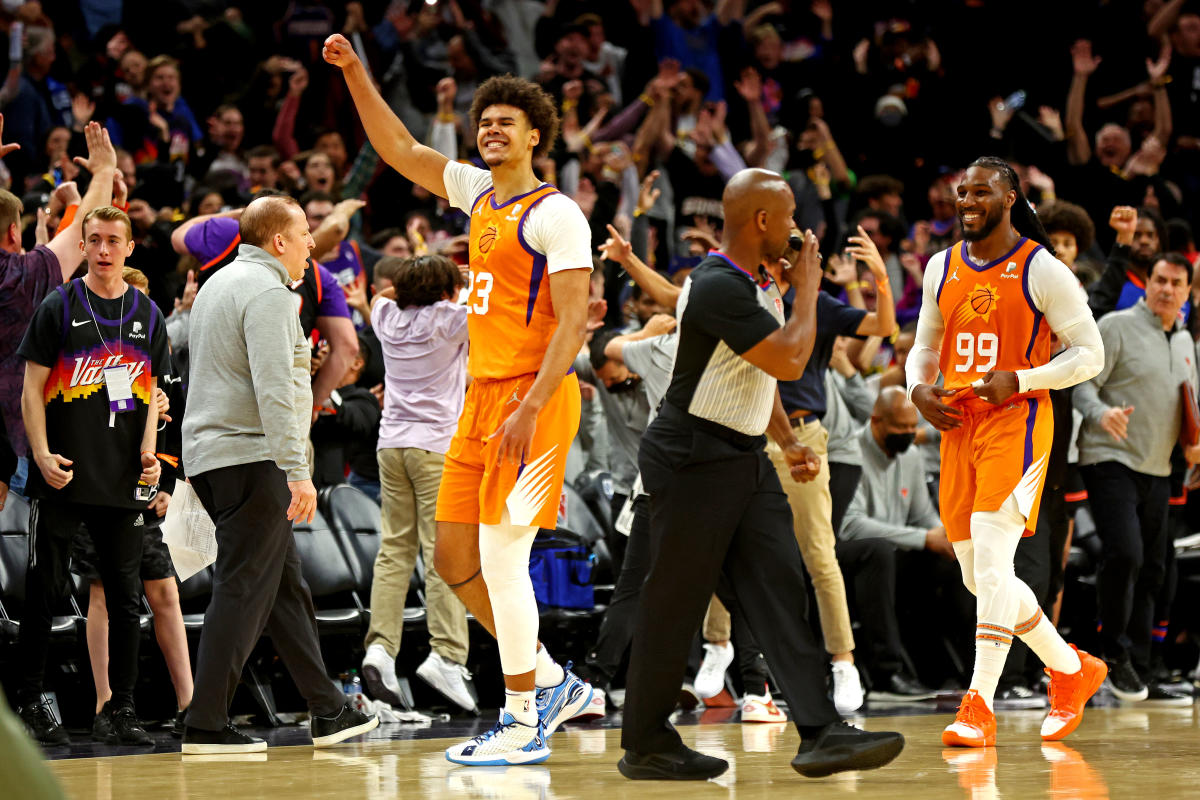 The Phoenix Suns have the best record in the NBA for reasons well beyond Chris Paul and Devin Booker.

The team proved that on Friday in a wild 115-114 win over the New York Knicks, who led by as much as 14 points in the fourth quarter. The game ended on a buzzer-beater from Cam Johnson, who finished with a career-high 38 points on 11-of-16 shooting (9-of-12 from deep).

The bank was open.

The Suns entered the game without Booker (health and safety protocols) and Paul (fractured thumb). It helped they were playing the Knicks, losers of 10 of their last 11 games, but it’s never easy winning without your top two ball-handlers.

Things got even less easy as the Knicks opened up a double-digit lead in the third quarter, but the Suns got a fortunate break when Knicks star Julius Randle was ejected for pushing an official out of the way to shove Johnson after a tense exchange of words.

Cameron Payne, Paul’s replacement in the starting lineup, finished with 17 points on 6-of-16 shooting with 16 assists, while Mikal Bridges posted 20 points, six rebounds and four assists. The game was a showcase of depth for the Suns, who improved their record to 51-12.

Meanwhile, the Knicks managed to find yet another away to lose, and to lose on national television. Mitchell Robinson was a perfect 8-of-8 for 17 points, 15 rebounds, four steals and two blocks, but RJ Barrett’s 6-of-26 shooting ended up sinking the team.