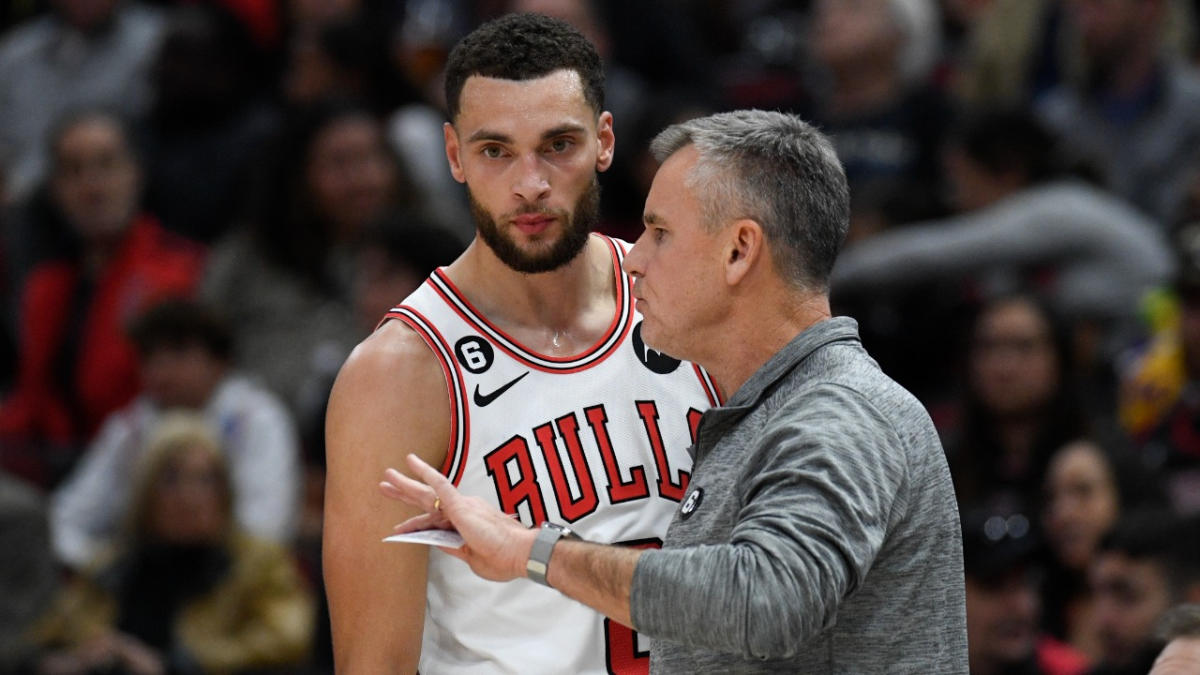 Zach LaVine is questionable for the Chicago Bulls’ Friday night game at the San Antonio Spurs, the team announced via its injury report Thursday afternoon.

The reason for LaVine’s absence is continued management of his left knee, on which he underwent arthroscopic surgery in the offseason after experiencing lingering soreness down the stretch of the 2021-22 season.

Since a series of rigorous, post-preseason practices caused a flare-up of discomfort in the knee, head coach Billy Donovan has stressed that the Bulls will manage LaVine’s work load carefully for the foreseeable future. The two-time All-Star missed the Bulls’ first two games of the regular season before returning for three straight, averaging 23.3 points on 44.4 percent shooting.

But with Friday’s game representing the front end of a back-to-back that concludes at home on Saturday against the Philadelphia 76ers, LaVine appearing on the injury report makes sense. Back-to-backs, Donovan has repeatedly said, will be the most crucial component of LaVine’s schedule to manage.

Should LaVine miss the contest, it will be his third absence of the season, and the second to come on the front end of a back-to-back. The Bulls have two additional back-to-backs in the near future — Nov. 1 and 2 against the Nets (road) and Hornets (home), and Nov. 6 and 7 against the Raptors (first road, second home).

The Bulls enter the game against the Spurs 3-2 on the season, 2-1 with LaVine and 1-1 without him.