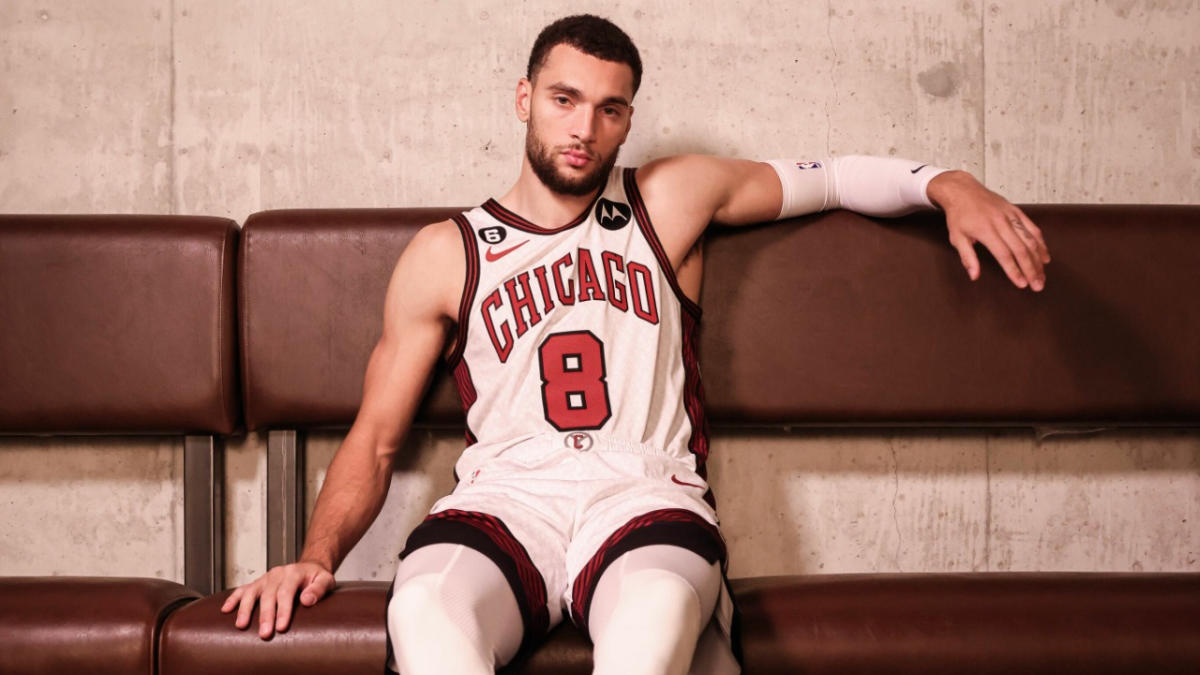 On Nov. 10, the Chicago Bulls released its new City Edition uniforms for the 2022-23 NBA season.

And on Friday night, with the Orlando Magic visiting the United Center, those uniforms will make their in-game debut.

The rust color derives from the Bulls’ trademark red, but is meant to reflect the bridges in downtown Chicago. There is a “C” emblazoned on the waistband of the shorts to represent the city’s name. And the “Y” shape seen patterned throughout the uniform draws from the Chicago Municipal “Y,” which appears in the shape of the Chicago River and various infrastructure.

“Introduced in 1917, the historic symbol (Y) is one of unity, representing the three branches of the Chicago River that stretch across the city and unite at Wolf Point, the heart of Chicago’s downtown,” the team said in a press release. “The white base color, marking the Bulls’ return to white since its first City Edition collection in 2016, creates a neutral background for a variety of rust and light grey elements throughout the uniform.”

The uniforms’ basic design is polarizing amongst Bulls fans, and has even been met with tepid reviews by players. Zach LaVine recently said he prefers the team’s throwback designs — i.e. last season’s or the 2017-18 red, white and blue threads with cursive print — while Nikola Vučević admitted the new jerseys will take him some time to warm up to.

Still, the City Edition nights are an event. The first 10,000 fans to arrive for Friday’s Magic game will also receive an Ayo Dosunmu City Edition shirt.

After that, the Bulls will wear the jerseys on Dec. 10 (against the Dallas Mavericks), Jan. 13 (Oklahoma City Thunder), Feb. 24 (Brooklyn Nets), March 3 (Phoenix Suns) and April 9 (Detroit Pistons), the final game of the regular season.

The Bulls enter Friday’s game having lost three straight and five of their last six to fall to 6-9 on the season. Perhaps the jerseys — and an inferior opponent on paper — will give them a boost.