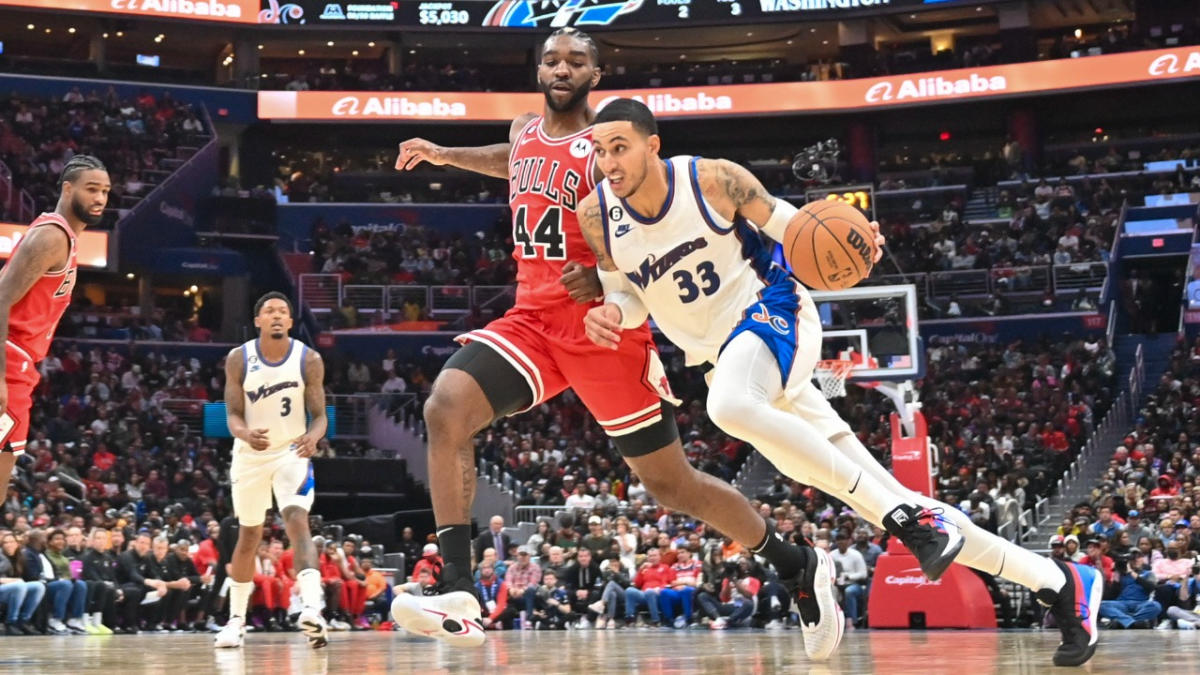 Patrick Williams is not off to the start to the 2022-23 NBA season anyone around the Chicago Bulls, inside or out, hoped for.

The third-year forward, widely viewed as an X factor to the team’s regular and postseason success, is averaging 5.7 points and 2 rebounds in three starts to open the campaign, shooting 6-for-18 and 2-for-8 from 3-point range.

Worse, in Saturday’s 128-96 loss to the Cleveland Cavaliers, Williams was substituted at the 9:27 mark of the third quarter and did not return to the court until the game was out of reach, logging less playing time (11:24) than Javonte Green (13:44) and Derrick Jones Jr. (16:56) in the minutes that mattered.

The feedback Williams has received from his coaches and teammates on his first three games?

“Stick with it,” Williams said after the team’s morning shootaround ahead of hosting the Boston Celtics, noting that rebounding and playing with energy are specific areas he must improve. “They (coaches and teammates) know, obviously, I want to play well, and I want them to play well, and they want to play well for themselves as well. But just can’t get too down when you don’t play well. Just reminding, that was what, game three? Of at least 82. Obviously we want to play past 82. But that was game three of 82.

“They kind of know already how I think about myself and my performances, so they really don’t have to say too much. I’ll ask them questions, of course, of what they think I can do better. But I already have answers and they just kind of assure that.”

That is a good dose of perspective for the 21-year-old, who on Monday will play just his 97th career game.

But his response to a question about Saturday’s second-half relegation from the rotation was telling, especially when paired with Donovan’s diplomatic postgame comments.

“I think that was obviously his focus, was trying to win the game. I think we all trust him to make the right adjustments, subs, and things like that to win the game. So I’m all for it. As long as we win the game, that’s the biggest focus.”

Said Donovan on Saturday: “I didn’t think we started great in the third (quarter). You’re trying to find and search for some energy. And when I put Javonte (Green) in there (for Williams), put Alex (Caruso) in there (for Zach LaVine), at that moment, it changed.

“We’ve gotta just be more consistent. I know you’re asking about Patrick, but it’s hard for me to sit there and say — tonight it was more the group, us, we, were not playing well and I was trying to search for different combinations.”

Yes, Donovan was searching for energy and game-winning lineup combinations, facing a 16-point deficit early in the second half.

None of them, evidently, included Williams.

The book on Williams’ season, of course, is nowhere close to written. He said he continues to meet with Bulls coaches to identify the best times for him to “create opportunities” for himself and insert his athleticism into games. More live action reps will help with that process too.

But there is also a level of consistent focus that Williams is trying to achieve. Take rebounding — which Donovan often points to, more than scoring or shooting, as a way Williams can play aggressively — as an example. Standing 6-foot-7, starting at power forward and averaging 22.7 minutes per game, he has pulled down 6 total rebounds this season.

“Let’s say a shot goes up, I’m kind of out on the perimeter. I think just go back in the paint and just be around,” Williams said when asked how he can improve that number. “I think when I’m in there, I get them. Offensive rebounds, defensive rebounds. When I’m in there I get ’em. I’m not sure, that’s just a skill I have or a knack that I have, I’m not sure. I just know when I’m in that paint area, when I’m down there battling, I either get ’em or we get ’em.

“I think it’s just a matter of going back, kind of having that cognitive focus of, OK, this game I’m gonna rebound, this game I’m gonna focus on sprinting out in transition and just making plays that way. Giving us extra possessions offensively and defensively, being able to bust out, maybe play more in transition, which I think we’re really good at when we can get the ball out and get the ball up and get guys a chance to get downhill that way. I think it definitely just kind of starts with me just going back and being in the battle down there.”

The beauty of the NBA is that with each night comes a fresh opportunity to bounce back or continue to build.

And so the Celtics, whose star tandem of Jayson Tatum and Jaylen Brown is a handful for any team’s wing defenders, loom large.