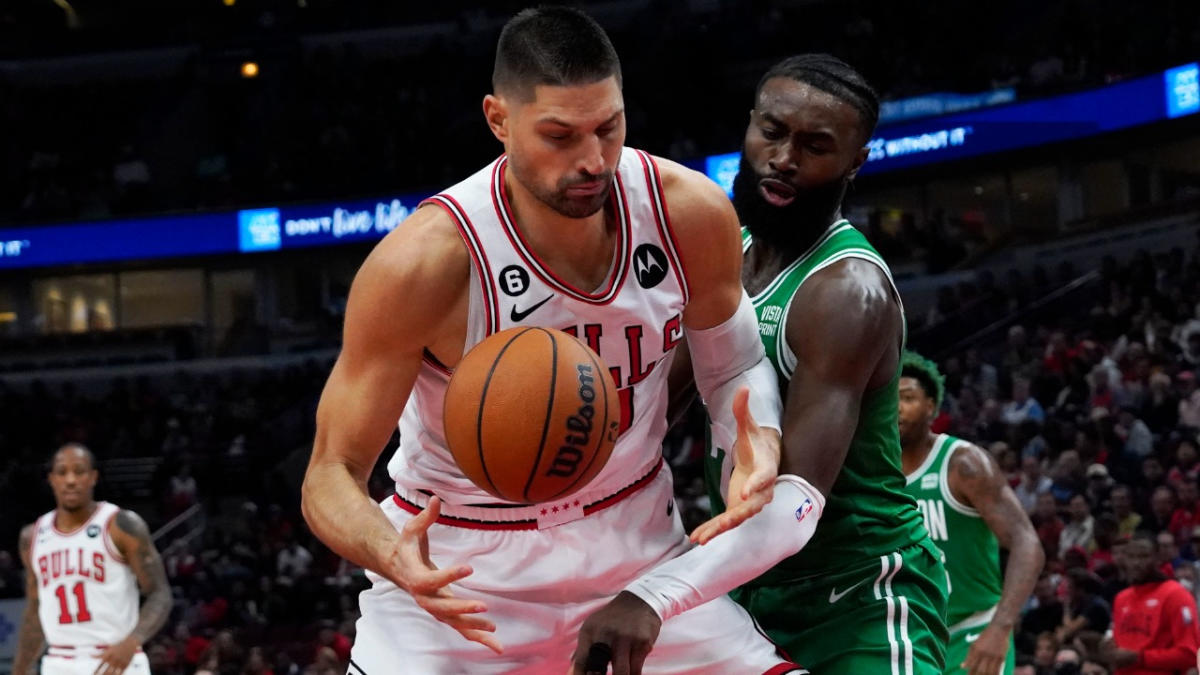 Brown was celebrating one of his own, turning 26. So the 32-year-old Vučević appreciated the gesture—and then celebrated by dropping 18 points, 23 rebounds and five assists on the Celtics in the Chicago Bulls’ impressive comeback victory.

On the eve of training camp, Vučević announced how he wanted to go back to basics, to get the ball in the paint as much as on the perimeter.

There’s nothing more basic than sending an entry pass to a 6 foot, 10 inch center when he’s being guarded by a guard.

“I think we’re doing a good job of that,” coach Billy Donovan said of his team’s commitment to increasing paint touches this season.

Marcus Smart is the NBA’s reigning defensive player of the year and possess a strong base. So it’s not like scoring on him is automatic. But he’s also six inches shorter than Vučević, and it’s not even always about scoring.

“There are good opportunities if they switch on me or I have a smaller big where I get to the paint and get some easy ones or if I catch it and they collapse, kick it out,” Vučević said. “It creates lot of good open looks for us.”

That’s the thing. Vučević always has been a ready and willing passer, able to decipher double teams and deliver on-time, on-target passes. So this isn’t about pounding the ball down low and having teammates watch Vučević pound the ball with multiple dribbles and then shooting.

“It’s not just about establishing me inside,” Vučević said. “It’s about not getting stagnant. Last year a lot of times we would just separate and whoever had the mismatch go. And I think that’s where I think our offense got stagnant a lot.”

Paint touches can lead to double teams and kick-outs to double shooters. Dribble penetration into the lane can put defenses into scramble mode. And then there are simply times Vučević will score in the post since he’s not a two-time All-Star for nothing.

Through four games, 10 of Vučević’s 14.5 shots per game are coming from inside the 3-point arc. He’s averaging 18.3 points and hasn’t even shot the ball that well yet, plus 13 rebounds and 2.8 assists.

“It’s all about getting into the paint and creating shots from there,” Vučević said. “I’m not a big analytics guy, but the numbers do show when you get to the paint and create shots from there, it’s a much higher percentage. It’s just common sense. The defense collapses and you make one or two extra passes and they’re in rotation and you’re going to get wide open shots.

“It’s something we knew we had issues with in the past and are trying to work on. So far it’s been much better than last year. This team has been together longer now. We know each other better.”

The Bulls presented Vučević with two birthday cakes, even though Vučević said he’s not a big sweets guy. Let them eat cake? Vučević would rather gobble up paint touches and mismatches to help his team win.