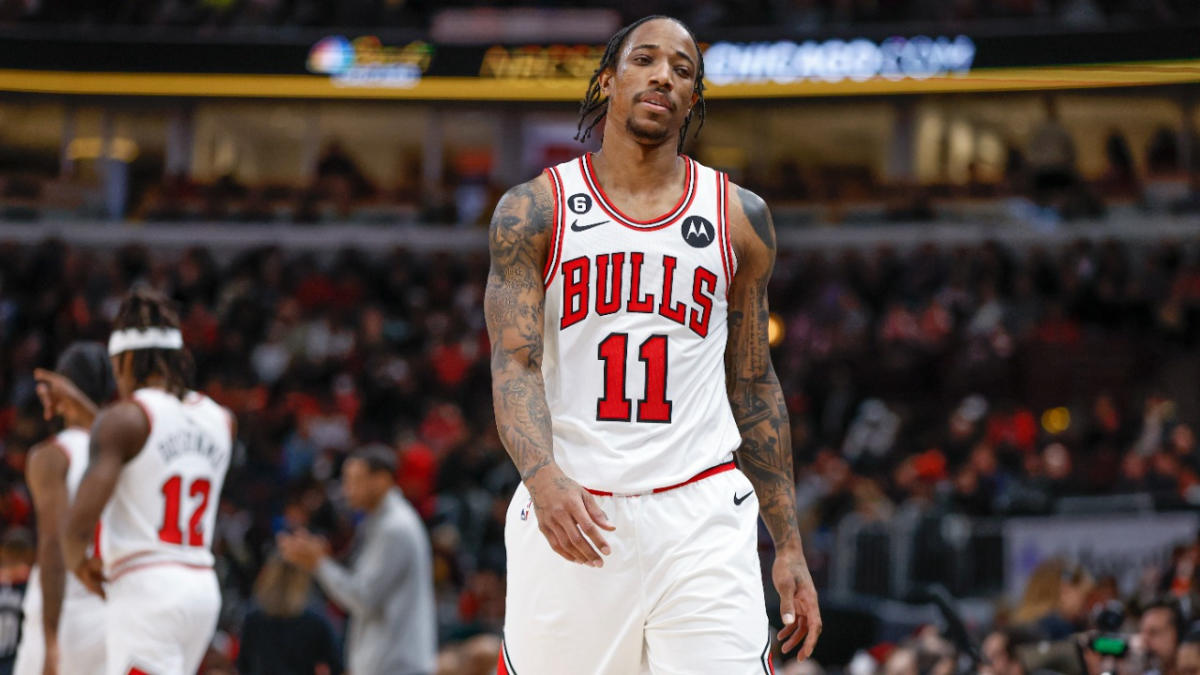 You know it’s a bad night when the one constant you could count on in this most inconsistent of Bulls’ seasons goes by the wayside.

The Chicago Bulls entered Monday’s home game against the Houston Rockets with an 8-0 record in games they had led at halftime.

And the fact they led at halftime of an eventual 133-118 loss may be the most shocking development from another maddeningly inconsistent night.

That’s because any good will and good vibes the Bulls created by winning three straight road games didn’t last with the paying United Center customers for very long. The Rockets scored 23 points in 4 minutes, 47 seconds and took an 18-point lead before Benny the Bull even pulled his popcorn trick.

“That’s unacceptable,” DeMar DeRozan said. “That just comes with defensive effort, playing with toughness and a sense of urgency.”

Any lessons learned as the Bulls engaged in high-level, physical committed basketball for 12 quarters didn’t carry over. That’s the maddening part about this team, a characteristic players have consistently cited throughout this season.

See also  Is Beverley signing with Lakers a sign Westbrook will be off the roster?

On the one hand, with two victories over the Celtics and one over a Bucks team that arrives Wednesday, they’ve proven what they can accomplish when they play with that sense of urgency and defensive commitment. On the other, whether you use this loss as an example or the 150 points allowed to the Timberwolves or the home loss to the Magic or the road loss to the Thunder—and on and on and on—it’s clear what happens when the Bulls don’t play with that edge.

“We can’t feel out games,” DeRozan said. “We gotta go out the gate and treat it like it’s the fourth quarter. That’s just how we have to play. We have to be more aware of that.”

DeRozan admitted that the Bulls get up for the games against the bigger teams but struggle with that dynamic otherwise.

“We can’t just expect to win because it’s the Rockets and it’s a bunch of young guys over there,” he said.

Coach Billy Donovan hinted pregame at his defensive concerns, saying that the Bulls can’t be a team that excels on one side of the ball. Earlier this season, that prowess flashed more at the defensive end as the offense stagnated and sputtered. Now, that script has flipped, which seems fitting for such an inconsistent team.

Playing without Alex Caruso, Javonte Green and Derrick Jones Jr., Donovan essentially admitted that, by the fourth quarter, the coaching staff was throwing coverages against the wall to see what stuck. He didn’t say it like that. But anytime you’re switching Nikola Vucevic in pick-and-roll coverages and leaving him to guard on the perimeter in space, well, you’re trying stuff.

“In the fourth, we started to try to switch just to keep the ball in front of us,” Donovan said. “I know Vooch got caught in a couple mismatches, which I was fine with because I felt they were hurting us from behind the line because we got into rotations. I was just trying to do something different.

“But whatever you have out there group-wise, there’s enough out there to win in my opinion. We have to be better defensively. We have to coach them better and help them more.”

Donovan said the Bulls struggled to get over screens and be physical on the ball, forcing the big men to stay in coverage longer. The Bulls also allowed middle penetration to often and then were forced to scramble out to shooters. The Rockets sank 17 3-pointers.

And to their credit, the Rockets hit some tough shots as well. But the Bulls allowed them to get comfortable.

“They came out playing harder than us,” Zach LaVine said.

That’s not only accurate but an indictment. The team picture for worst loss of the season is getting crowded.