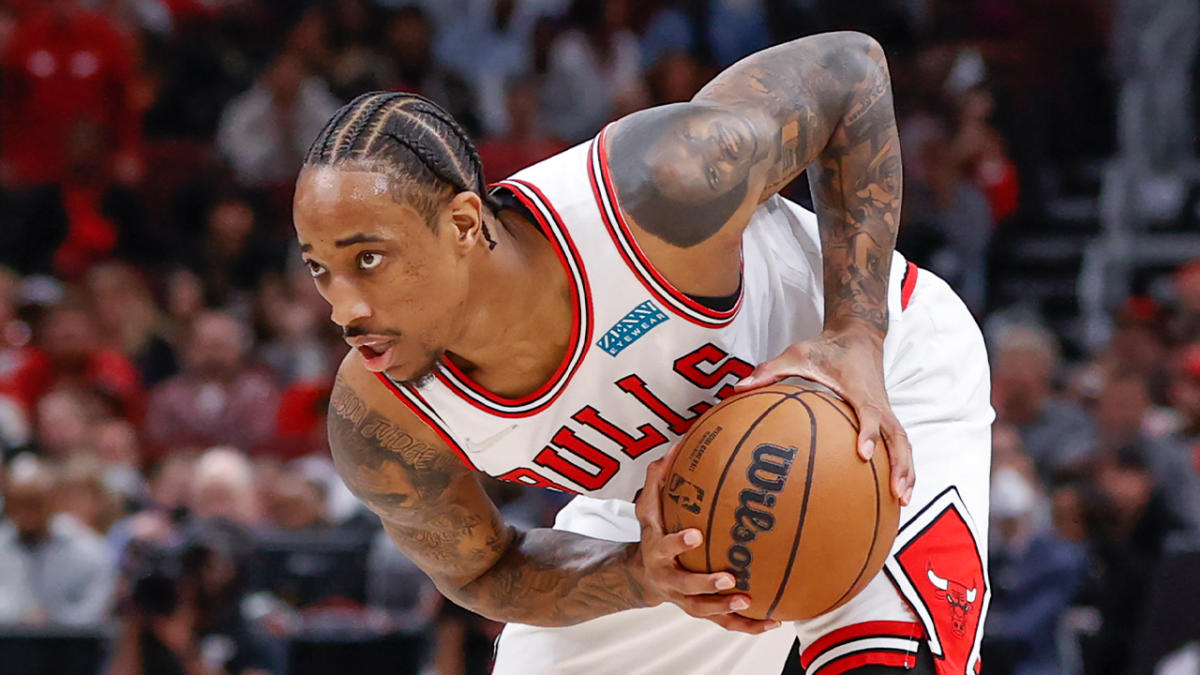 With a pull-up midrange jumper in the first quarter, DeRozan became the 50th player in NBA history to eclipse 20,000 career points (54th if including ABA players):

DeRozan entered Friday’s game just seven points shy of the milestone and prepared to break it against some old friends in the Spurs, who he represented for three seasons between being traded by the Toronto Raptors in 2018 and signing with the Bulls in 2021, and Gregg Popovich.

After Wednesday’s home win over the Pacers, DeRozan spoke on the significance of crossing the 20,000 point threshold in San Antonio.

“I wanted to save it for Pop,” he joked after scoring 17 points that night. “Going back to a place that I spent some time, learned so much from, a place that embraced me, wasn’t nothing but love. And it was definitely a learning curve for me in my career at a critical time in my career — and Pop really helped me a lot in my career. I think it’ll be cool to be able to do it there.”

Said Popovich on Friday: “(DeRozan is) a beautiful, wonderful human being. One of the best that I’ve ever coached. I still stay in touch with him. He’s just a sweet man.”

The Spurs’ coach even called a timeout after DeRozan scored the history-making bucket to allow the moment to be celebrated.

DeRozan sits 54th on the NBA/ABA’s all-time scoring list, with Antawn Jamison (20,042) next to pass.

“Just knowing the amount of players that played in this game for 75 years, it’s crazy. Not too many people even get to that point,” DeRozan said on Wednesday. “Some of my favorite players that I watched never even got to that point. To be there is definitely crazy.”

The achievement is as much a testament to DeRozan’s consistency and durability as it is to his preternatural shot-making skill. Since being drafted in 2009, DeRozan has appeared in more regular season games (962) than any player in the league and trails only James in total minutes logged.

And like many of the active player names listed above, DeRozan, 33, is far from finished.

He averaged a career-high 27.9 points in the 2021-22 season, his first with the Bulls, scoring 2,118 total points (also a career-high). Entering Friday’s game he was averaging 24.8 points in the Bulls’ first four games, including a 37-point season opener that put him in company with Michael Jordan.

What history will he make for the rest of the season? Stay tuned to find out.