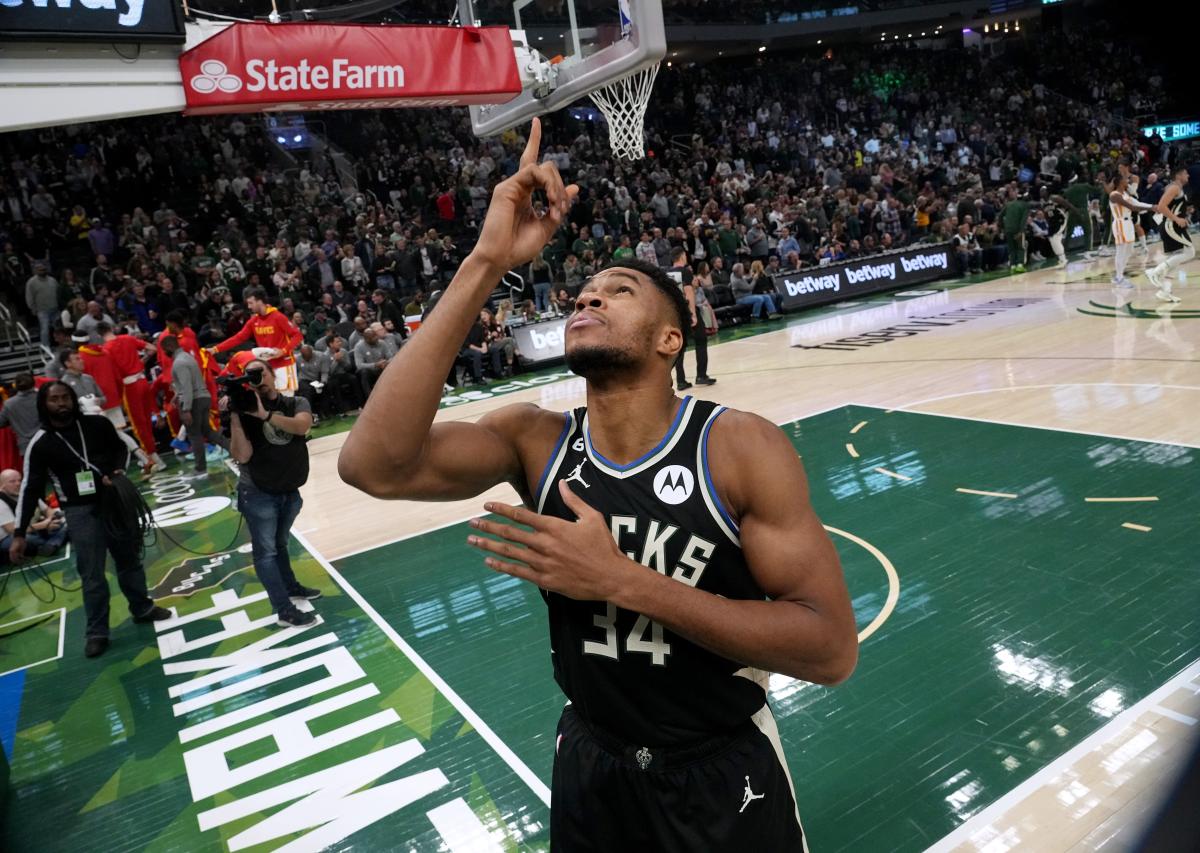 Giannis Antetokounmpo has been producing his brand of acrobatic tricks on the basketball court once again this season, but he was after the treats Sunday.

Karley Marotta, the sports director at WKOW in Madison, Wisconsin (ABC), caught Giannis (along with brother/teammate Thanasis Antetokounmpo and teammate George Hill) out and about during trick-or-treating, with Giannis adorned as Rubble from “Paw Patrol.” He wasn’t shy about taking pictures with kids on the lookout for candy.

Rubble often drives a bulldozer, if you’re looking to ascribe greater meaning to the get-up. Surely, a high volume of trick-or-treaters in the Milwaukee area dressed as Giannis.

One night earlier, Giannis scored 34 points with 17 rebounds as the Bucks moved to 5-0 on the year with a 123-115 victory over the Atlanta Hawks in Milwaukee, leaving the Bucks as the league’s only undefeated team. On the year, he’s averaging a gaudy 34.4 points and 14.0 rebounds per game, with 5.8 assists and 1.6 blocks.