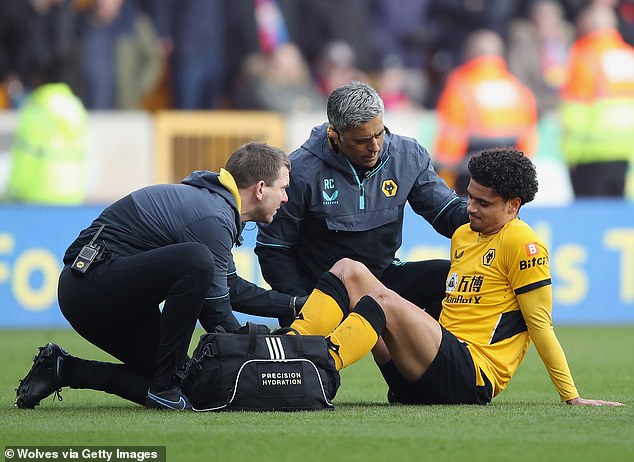 By George Bond For The Mail On Sunday

Wolves manager Bruno Lage launched a stunning tirade against right back Ki-Jana Hoever after he limped out of the 2-0 defeat to Crystal Palace, blaming his player’s attitude for his injury.

Hoever lasted just 25 minutes at Molineux, clutching his right leg as he left the field and being replaced by Jonny. And Lage did not hold back on the 20-year-old former Liverpool trainee.

‘Ki is a good example of the young kids that want everything but don’t train at the intensity they need or prepare themselves enough,’ said Lage, who admitted prior concerns over Hoever’s training and that he was only in the starting line-up due to Nelson Semedo’s injury. 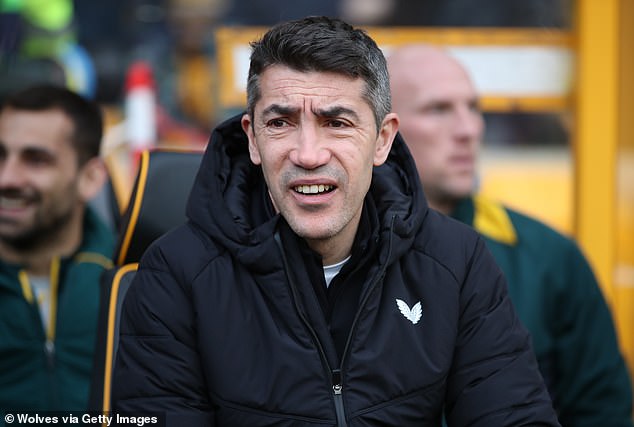 A disgusted Bruno Lage hit out at the 20-year-old, accusing him of a poor work ethic in training

‘Injuries can happen, but this one happened because he’s not prepared. I don’t waste time with guys who don’t work hard.’

Wolves were second-best from the off as they slipped to a third straight defeat with their European hopes disappearing fast. And Lage warned his players that he will not accept complacency. 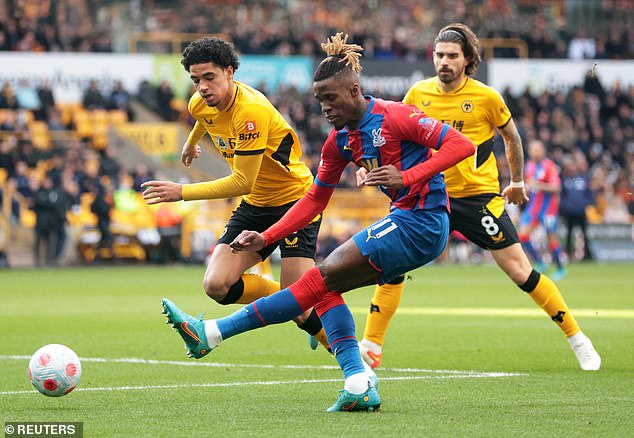 ‘We gave Palace 45 minutes in advance,’ he said. ‘After West Ham last week I was mad with my players, today’s more disappointment.

‘It’s a warning for me, for my players. I will not tolerate this 45 minutes again.

‘Like I said two weeks ago, we have 40 points and I don’t want anyone to relax. Otherwise they’re out of the team.’