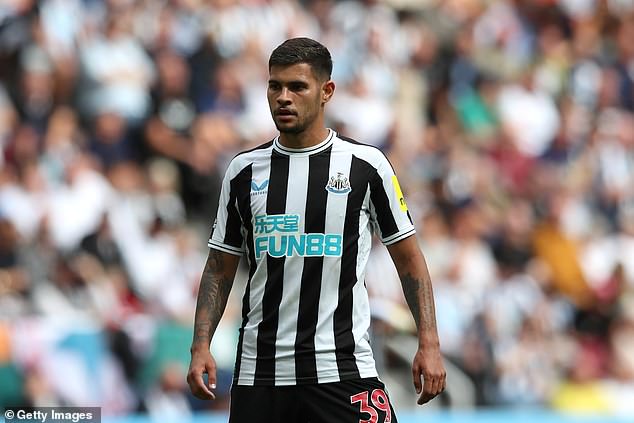 By Craig Hope for MailOnline

Bruno Guimaraes has revealed that he would prefer to play in the more advanced role which brought five goals during his stunning introduction to the Premier League, admitting that Newcastle are struggling to break down opponents this season.

The Brazilian – a £36million January arrival from Lyon – was a revelation as Eddie Howe’s side recorded top-four form between New Year and May to shoot clear of the relegation zone.

They have lost only once this campaign – in the 98th minute at Liverpool – but recent home draws against Crystal Palace and Bournemouth have been a point of frustration for the head coach, his players and supporters. 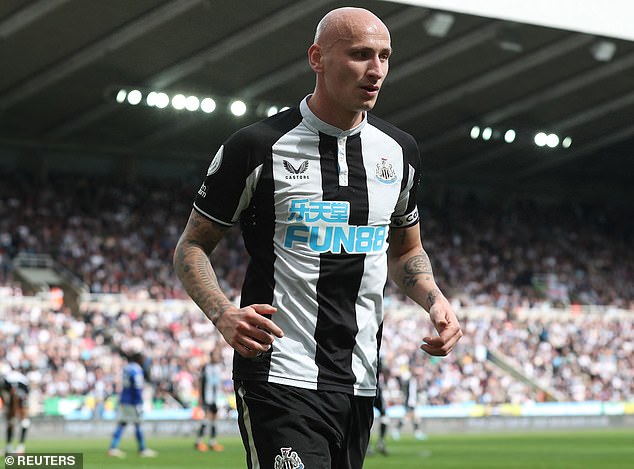 Bruno is being used in a deeper midfield position in the absence of the injured Jonjo Shelvey this season, and he is yet to score or assist.

There is a feeling the team would benefit from his presence further up the field and, while the player is happy to adhere to Howe’s wishes, it was revealing when he said: ‘I can play both positions. I prefer to play the No.8. The No.6 I can help the team to move forward with the ball. I think the gaffer has a choice, I can play every position in midfield. I have played more in a No.8. But it is not a problem for me.’

Of Newcastle’s start – they are 10th in the table with eight points from seven matches – Bruno added: ‘We are disappointed with our start to the season (from a points perspective). We need to play better.

‘All the teams will do this now (sit deep and frustrate us) and we need to create alternatives. We are disappointed because we are creating opportunities, we just didn’t score. We lost two more points at home on Saturday. This cannot happen.’ 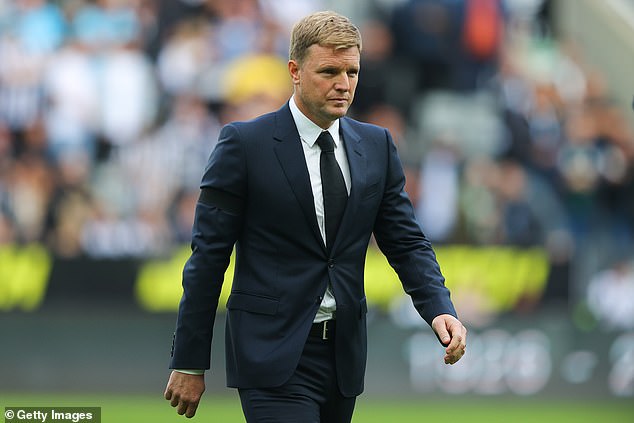 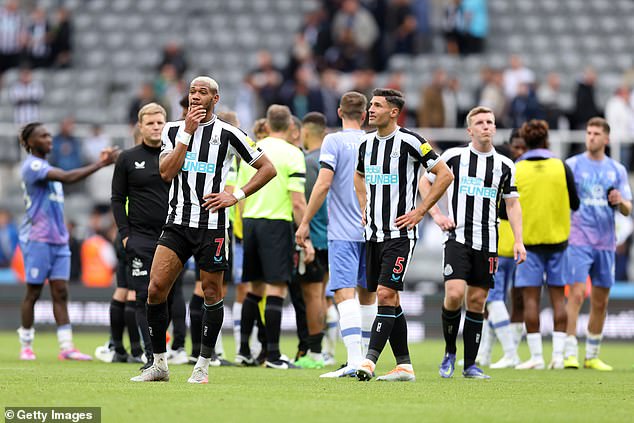 Newcastle were held by Bournemouth on Saturday, and Bruno has said the players are ‘disappointed’ with their points tally and lack of goals so far

Meanwhile, Bruno has revealed that his recent absence with a hamstring injury – he missed three matches before returning at the weekend – was a result of the problem going undetected following the 3-3 draw with Manchester City last month.

‘I was injured in the Man City game,’ he said. ‘I then tried to play in the Tranmere game (three days later). When I needed to run, I felt it a lot. For me, I thought I was just tired and I didn’t know I was even injured.

‘After the Tranmere game, I spoke to the doctor and I wanted a scan. When we saw the scan we thought it (the injury) was small, but it was big.

‘But I feel better now, I feel OK. It wasn’t my best game on Saturday, my first back after injury. I did not play for 20 days. Now I try to re-find my rhythm.’

Bruno will do that with his national team in the next week, with games against Ghana and Tunisia in France.

‘These are two big games, important games for us,’ he said. ‘I have to guarantee my place ahead of the World Cup. It is my dream to play, my obsession now. When I was a kid I always dreamed of this moment, and it’s coming.’ 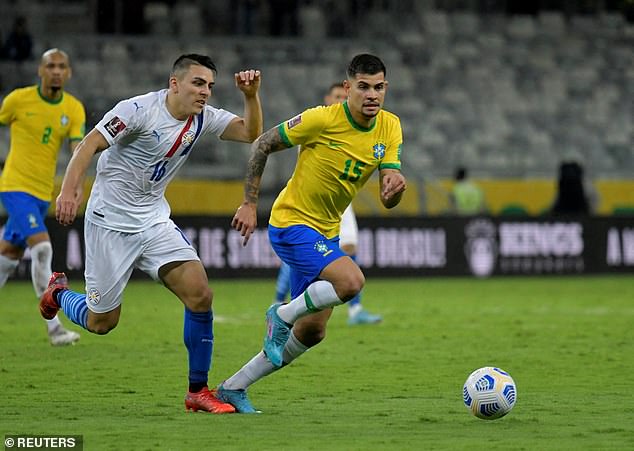