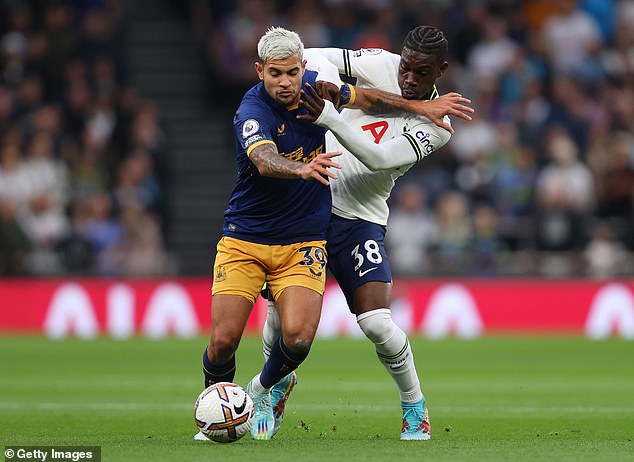 Bruno Guimaraes has revealed that he didn’t sleep for two days before helping Newcastle beat Tottenham as he became a father for the first time.

The Magpies midfielder was on song as he helped his team take all three points with a commanding display in the centre of the park, as Callum Wilson and Miguel Almiron’s goals proved to be enough for the win despite Harry Kane scoring to make it nervy.

The victory at the Tottenham Hotspur Stadium was the perfect end for an amazing week for the Brazilian as he also became a father, and Guimaraes dedicated the win to his son, Matteo. 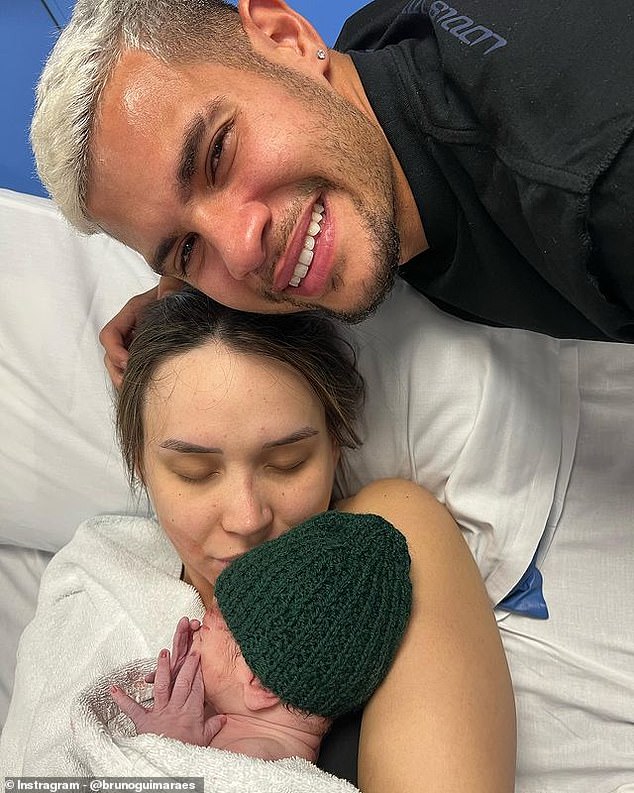 He told Sky Sports: ‘Some amazing days for me. To become a father for the first time was incredible, I’m two days without sleep.

‘I love to be with the guys, I could have stayed home, it was my decision, I wanted to be here, these guys make me happy and proud and I feel like we’re very deserving.

‘Difficult days but I think it was one of the best days of my life, I’m very happy and proud, all the things in my life have become like a dream. 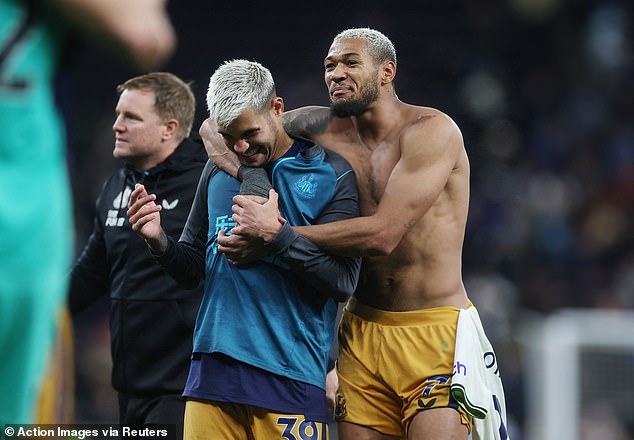 ‘I don’t have words because it is amazing what is happening in my life.

‘I will say thanks to my family as well because it was a difficult day, but it’s all worth it.

The win for the Magpies has lifted them into the Champions League places in 4th with 21 points, just two behind their oppenents Spurs, who stay in 3rd.

Guimaraes has been key to the development of Newcastle since the takeover by their Saudi Arabia owners after he was brought in from Ligue 1 side Lyon in January.