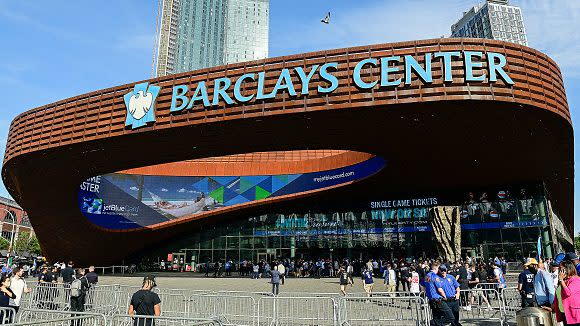 The Brooklyn Nets largely fill the Barclay’s Center for home games, but they don’t do it with the loyal, season ticket-holding fan base most franchises rely on, according to a new report.

In the wake of the franchise raising the price on some season tickets up to 50%, the Nets are now dead last in the NBA in the number of season tickets sold, Josh Kosman and Brian Lewis report in an interesting story at the New York Post.

The Brooklyn Nets are dead last in the NBA when it comes to season ticket sales — with demand off more than 30% from last year as the new season tips off, sources told The Post.

For the 2022-23 campaign, billionaire Joe Tsai’s money-losing franchise had sold roughly 5,500 season tickets at the 17,732-seat Barclays Center, according to an NBA owner and an insider who both saw a recent confidential league report…

Last season, single-game sales buttressed the season ticket total to help the Nets finish 10th in average paid attendance, according to NBA confidential financials obtained by The Post — not far behind crosstown rival Knicks. The Nets drew 14,919 per game, a 26.3% spike from the previous non-pandemic year, generating $2.15 million in average net gate receipts, a 108.5% increase year-over-year, according to the data.

The Nets have had just two home games this season — both were sold out, the team announced — not enough to draw any big-picture conclusions about single-game tickets and revenue. For obvious reasons, the Nets declined to comment on the story to the Post.

Traditionally when a team struggles on the court or has a rough season off the court — the Nets had both last season — teams tend to maintain ticket price levels. Brooklyn —which reportedly lost between $50 million and $100 million last season due to one of the highest player payrolls in the league — raised prices. There have been multiple reports of team owner/governor Joe Tsai expecting team revenue to climb fast, turning those short-term losses into profits. Ticket prices can help with that.

The Nets’ early season performance on the court may not be inspiring fans to show up.

Tsai is not losing money overall on the Nets — franchise valuations are rising fast around the league, and the new CBA and television/streaming rights deals coming in the next few years will bring in more revenue and spike those franchise values higher. The only question for Tsai and other owners is how much of a year-over-year loss they are willing to stomach while their asset value rises. Tsai has the money to cover the losses.

This report may have little impact on fans, who have never cared much for how an owner is doing financially — they just want to see progress and wins. But it’s interesting to see the curtain pulled back, even a little.