Cam Norrie is trying not to think about it, but he is getting close to joining select company in notching half a century of ATP Tour victories this year.

Since 2000 Tim Henman and Andy Murray are the only British players of either sex to reach the landmark, and Norrie is within sight on 41. He will inch nearer if he can beat American Tennys Sandgren in tonight’s second round of the BNP Paribas Open in the California desert.

It may be Emma Raducanu and Andy Murray who garner the most attention – both of them were due to play overnight – but it is the 26 year-old lefthander who has been delivering weekly consistency the most throughout 2021.

Twelve months ago Norrie seemed an unlikely contender to make the eight-man year end finals, moved to Turin this November, but he is in 14th place with Rafael Nadal’s injury meaning at least the top nine will qualify.

That is a more accurate reflection of Norrie’s standing than an official ranking of 26, which is falsely depressed because, under a complex Covid formula, points are still being counted from more than a year ago.

This is his 22nd tournament of a season which has seen him confined, uncomplainingly, to a bubble for a lot of the time. Despite that it is full steam ahead for the rest of 2021. 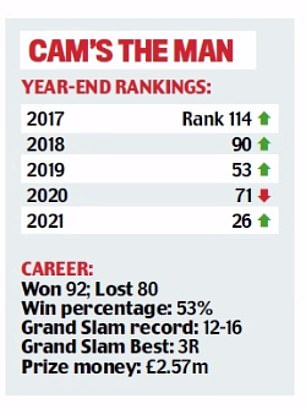 ‘It’s a bit frustrating not to be seated a bit higher in this with the way the rankings are and the way the points have been worked out,’ he admits. ‘I haven’t thought about the amount of matches at all, you want to keep going and keep pushing hard.’

The world game is currently in a state of flux and renewal. The British scene is fast changing too, with the startling emergence of Raducanu and the long term struggles of Murray and Jo Konta.

The latter is contemplating retirement with a persistent knee injury sapping her motivation, and her career-best mark of 46 wins in the 2016 season now looks like being overhauled by Norrie.

Previously regarded a solid if unspectacular member of the top 100, with a cleverly redirected backhand a lone standout feature, the Putney-based southpaw is keen to take advantage of the present upheavals.

He is not lacking ambition, and has more on his mind than overtaking Dan Evans to become Raducanu’s male counterpart.

‘Being British number one is not the goal. I am more focussed on getting to number one in the world,’ he says. ‘That is my dream. Of course I would love to play a Wimbledon final, but I just want to get that number one spot. I believe I can do it, there are areas of my game I would like to improve.’ 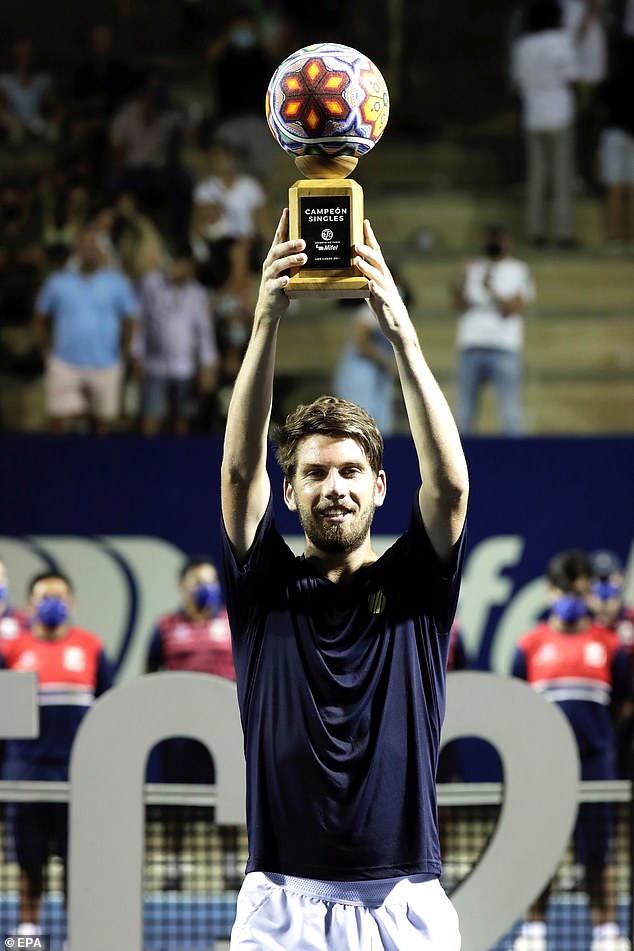 This looks a very long shot, although official recognition of his achievements will come in the next month when he is put on the shortlist for the ATP’s most improved player of the year award.

Making the championship match of last week’s San Diego Open was his latest milestone. It was his fifth ATP Tour final of the year, the highest profile of which was at Queen’s.

He has done that without making any drastic changes to his game, although it helps that he is one of the most naturally durable athletes on the circuit, with a penchant for long distance running.

After here he plans to play a full hand of indoor European events in the chase for a spot in Turin. Following that the season finally wraps up with the Davis Cup finals week, starting in Innsbruck and leading to Madrid. 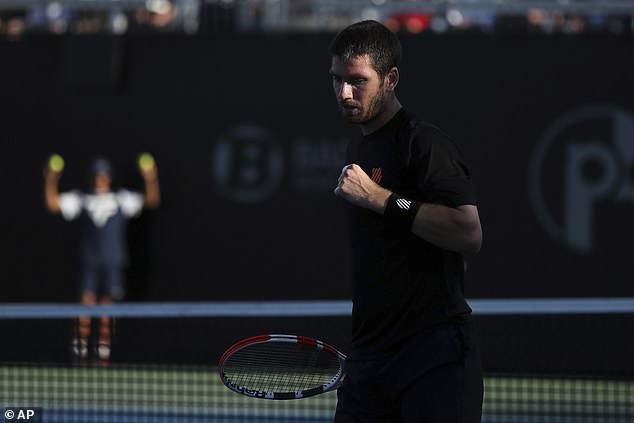 In theory he should be part of a formidable looking GB team, given the doubles prowess at Captain Leon Smith’s disposal.

See also  As concern grows for Peng Shuai, in China her story is barely a whisper | Peng Shuai

A potential issue is that the early departure at Christmas for Australia to serve a quarantine period means there will be precious little time for a break. There was a hint of equivocation when asked if he would make himself available for the team event.

Raducanu was scheduled on Friday night to play Aliaksandra Sasnovich of Belarus, while Murray was due to take on Frenchman Adrian Mannarino. 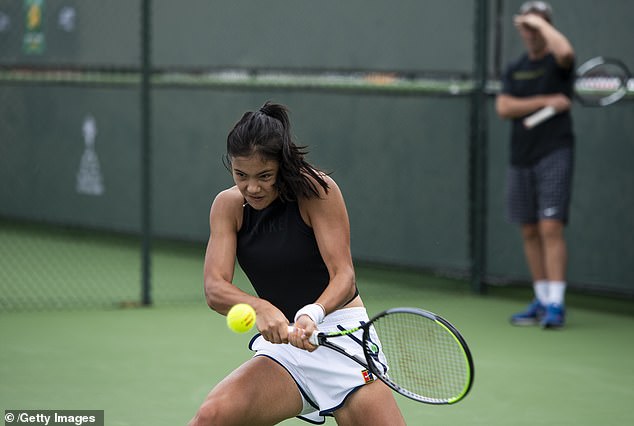 Regardless of the former’s result she will press ahead with plans to recruit a new long-term coach, with a short list of targets being considered that includes Argentinian Carlos Rodriguez, Swede Tomas Hogstedt and Dutchman Sven Groeneveld, both of whom have extensive experience of the women’s tour.

Towards the end of the season there is usually a significant chop and change among women’s coaches.

Rodrigues was a one-time mentor of Justine Henin. Her fellow Belgian great, Kim Clijsters, now 38, continued her comeback at Indian Wells but met with a 6-1 206 6-2 defeat against Katerina Siniakova.