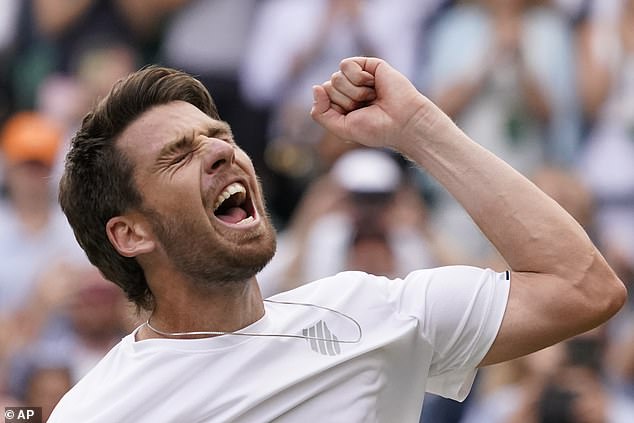 Only in the moment of victory did it look like Cam Norrie’s pulse rate might have just broken into double figures.

Cantering into the middle of Court One he pumped his fist twice to celebrate making his first Grand Slam quarter final, a rare display of emotion from the most laidback man in South West London.

It was slightly reminiscent of victorious reactions from his fellow lefthander Rafael Nadal. So had been his performance in its thumping baseline efficiency, with deft touches thrown in to mix things up. 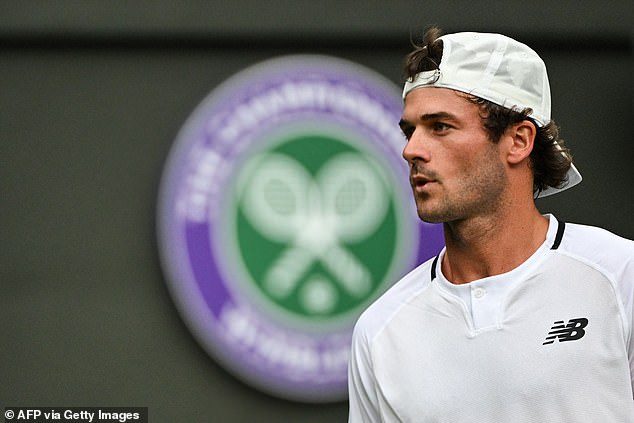 Paul knew exactly what to expect, given that they are regular practice partners and dinner companions on tour, but he was powerless to stop a 6-4 7-5 6-4 defeat.

The reward for Norrie is a match in the last eight against Belgium’s David Goffin, the world number 58 who overcame Frances Tiafoe in five sets.

At his peak Goffin was the main obstacle for Britain when they won the Davis Cup final in 2015, but at 31 he has slid well outside the top ten. It looks a good opportunity for Norrie to set up a potential semi-final with Novak Djokovic, who looms on their side of the draw.

There were seventeen Brits who started out in the singles a week ago, and there is little surprise that it is the most consistent of them on a weekly basis who is the last left standing.

By the time he walked on court the penultimate survivor, Heather Watson, had gone from the fourth round of the women’s singles. 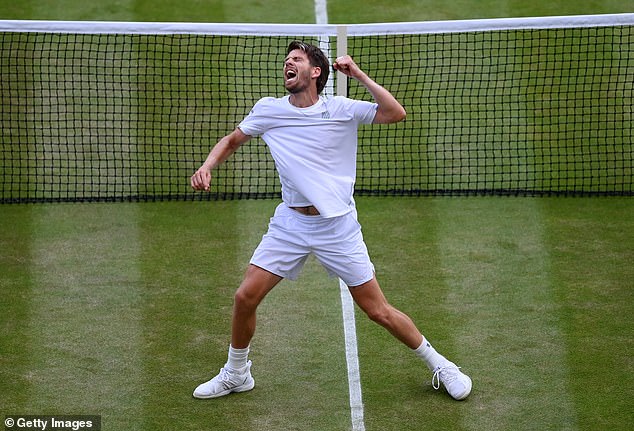 She generously articulated why there is much goodwill for Norrie among his domestic peers, as there has been since he moved to the UK at sixteen from New Zealand armed with his British passport.

‘I’ve been impressed with Cam for so long,’ she said. ‘ He is so low-key, under the radar. I think he deserves more attention because he’s such a great example.

‘He is everything that your coaches and your parents would ask of you. His work ethic, his focus, dedication, how he invests in himself, and he’s a great person as well.’ The 26 year-old British number one shares with his predecessor Andy Murray a devotion to duty and – although it may be less obvious – a natural athleticism.

Where he differs is in his Sphinx-like demeanour on court. Murray always invites you to share his pain or his elation, Norrie keeps calm and carries on regardless of what the scoreboard might be saying.

He has fewer tools in his box than some of the players he competes alongside at the very top of the game, but he knows exactly how and when to use them. His dragged backhand would not win straight tens for elegance, but it is extremely reliable. 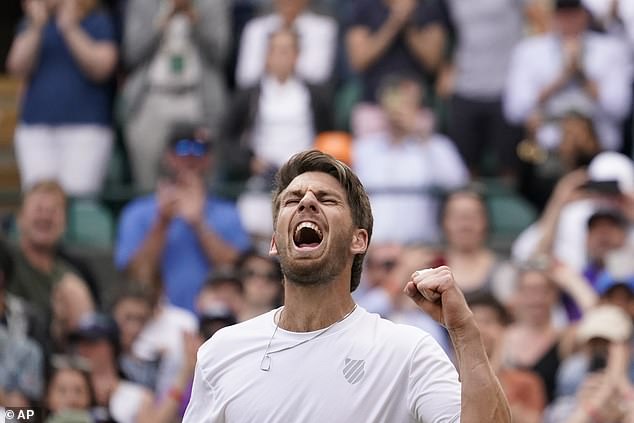 A crestfallen Paul made this observation afterwards: ‘ It’s always a tough match with Norrie; it’s always going to be a pretty competitive war, a grind with him.

‘He plays into his strengths, and actually the way he does it is his biggest strength. He plays the lefty patterns well. You always know how he’s going to play, and I mean, he’s good at it. He’s a friend and I’m happy for him, but gutted for myself.’

Given their camaraderie, and Norrie’s horizontal nature, there was never any danger that this would resemble the Court One match that had taken place the previous evening between Nick Kyrgios and Stefanos Tsitsipas.

‘It was a good match. Enjoyed watching it, the level was really high and good viewing, but I don’t think I’ll be doing that,’ said Norrie of the various excesses on show. 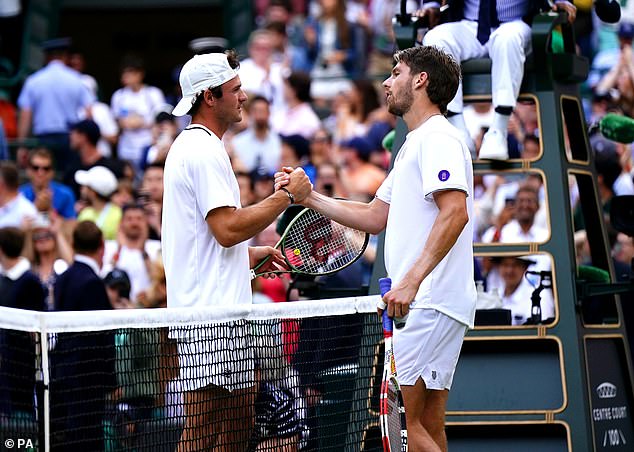 He credits his placid temperament partly on having attended US college in Texas ahead of turning professional, allowing him to mature at his own pace: ‘I was able to do normal stuff and live a more normal life before all this, which I love now. I’m glad that I got all that out the system,’ he added.

He is a very good advert for a route into the game that is increasingly coming back into fashion and being followed by others.

His steady progress up the rankings to the cusp of the top ten, a level that nobody initially expected of him, has allowed him to live his nomadic existence in relative anonymity, even when at home in his Putney residence.

That will further change if he is still around at the back end of the week, which is eminently possible. 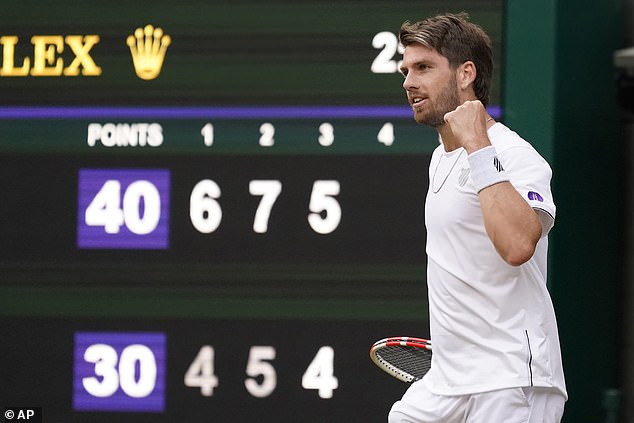 Norrie showed yesterday what those on the tour have seen – that he has constantly upgraded areas of his technique.

The most obvious of those was the forehand, which he looks to have flattened out a little for the grass. It helped him break the American early in all three sets.

The key to coming through a deceptively close encounter was his ability to play the big points better. Paul had seven break points but was only able to snaffle one of them, when Norrie failed to serve out the second set at 5-4.

That was the only serious hitch and he has now won three of his four matches in straight sets. He should have plenty left in what is already one of the largest tanks on the ATP Tour, given his renowned natural fitness levels.

As Goffin will be aware, he is not someone you want to get involved with in a physical battle.