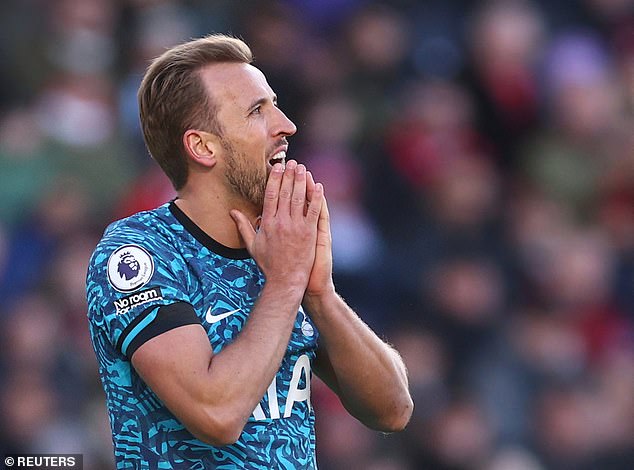 England captain Harry Kane mocked with chants of ‘You let your country down’ on his return to Premier League action with Tottenham at Brentford, two weeks on from his crucial World Cup penalty miss

By Matt Davies For Mailonline

Brentford fans took aim at Harry Kane as the Premier League resumed on Monday, directing a chant of ‘you let your country down’ at the Tottenham star.

Kane missed a crucial penalty as England crashed out of the World Cup in the quarter-final stage against France earlier in the month, with the Three Lions captain taking responsibility for the defeat.

The 29-year-old was met with fierce backlash and just minutes into this return to domestic action faced jeers from the Brentford faithful, who made sure to remind him of his miss.

It was uncertain whether Tottenham manager Antonio Conte would throw Kane straight into the spotlight having returned to training only on Thursday.

The Italian, who insists his talisman has the mentality to bounce back from his heartbreaking miss, opted to start the 29-year-old from the off, however, alongside fellow World Cup quarter-finalists Eric Dier and Ivan Perisic.

It was Kane who was immediately targeted by the Brentford faithful, reminding the Tottenham star – who captains his side against the Bees with Hugo Lloris on the bench – of his woeful spot-kick. 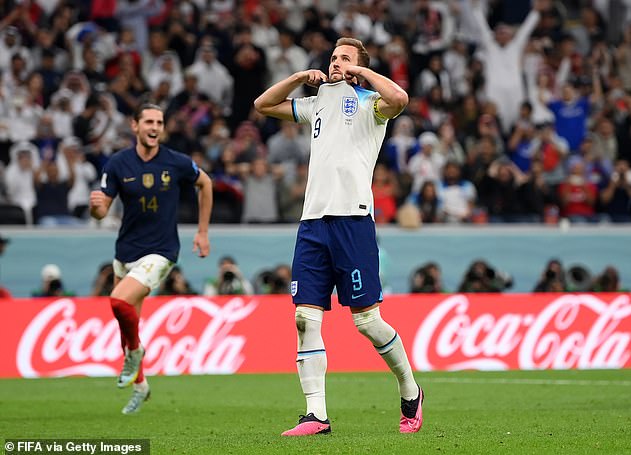 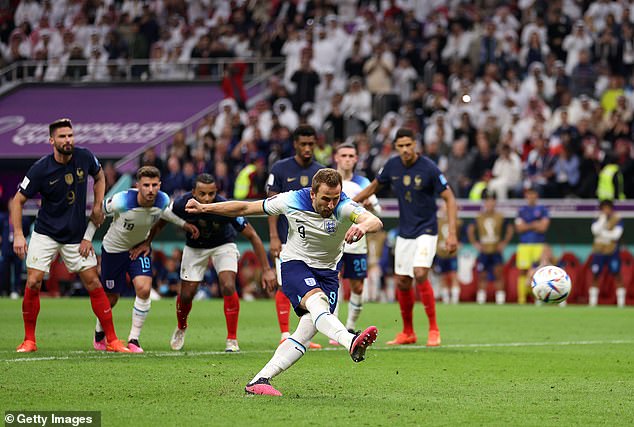 Kane admitted after the defeat his penalty miss would be difficult to accept, taking responsibility for the quarter-final defeat to France.

The miss largely overshadowed his achievement of becoming England’s joint top scorer, alongside Wayne Rooney, doing so in 40 fewer appearances.

‘It is a really tough night to take,’ Kane said on the night. ‘I am gutted, the team are gutted. We had full belief that we could achieve something special at this World Cup but it came down to small details. 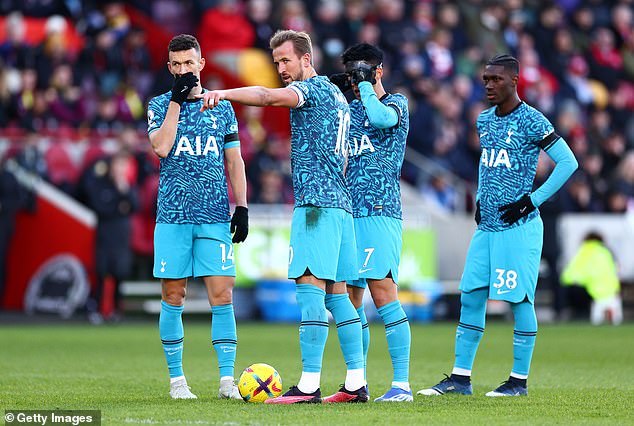 Kane is looking to bounce back, currently sat on 12 Premier League goals and six behind Erling Haaland on 18

‘It is hard to take for sure but I can be proud of the group, proud of each other for what we’ve done. This will hurt for a while but we will dust ourselves down to get ready in the future.’

The forward will now look to get off to a good start upon the return of domestic football, having left for Qatar in stunning form.