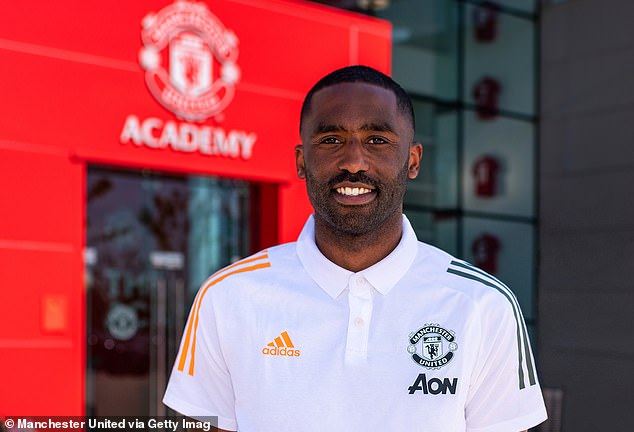 Brentford have appointed Justin Cochrane as head of coaching following his departure as academy chief at Manchester United.

Sportsmail revealed on Thursday how a number of United’s Premier League rivals have attempted to prise Cochrane away from United’s youth setup.

Thomas Frank’s Bees have beat off competition from a number of rival clubs to snap up the services of Cochrane on a three-year contract ahead of the return to pre-season training.

Former Tottenham and England youth coach Cochrane joined United last summer as their head of player development and coaching, a title that gave him an overseeing role in their academy responsible for the development of all of United’s under-17s to 23s.

The 40 year-old was part of the coaching setup as United won the FA Youth Cup for the first time since 2011 and been praised for the positive impact he has had on both the club’s players and existing coaches.

London-born Antigua and Barbuda international Cochrane also had a 13-year playing career which began at QPR and included spells at Crewe and Rotherham. 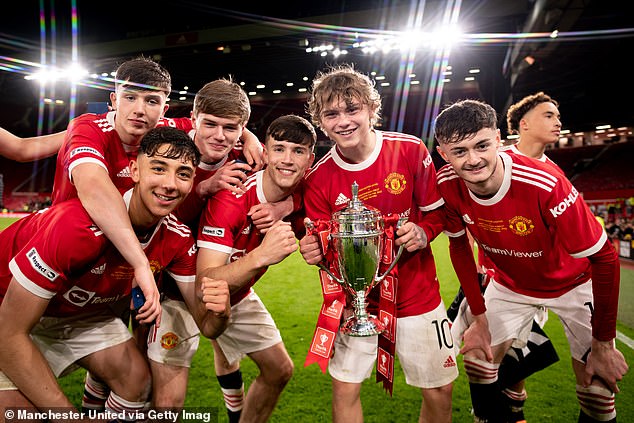 Phil Giles, Brentford FC Director of Football, said: ‘Justin is an outstanding coach who has been doing very good work in recent years with Tottenham, England and Manchester United.

‘We’ve known him for a while and so when the opportunity came up this summer to be able to bring him to the Club, we were excited to be able to do so.

‘Justin will be part of the First Team coaching group under the continued leadership of Thomas Frank. 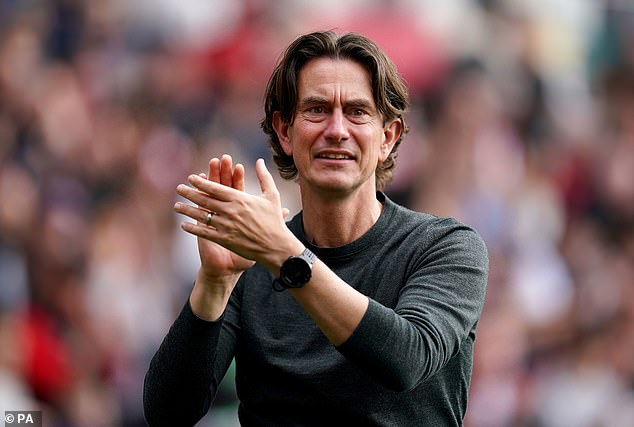 ‘The Head of Coaching role is a new one for us but will help us bring the coaching staff across the club even closer together and ensure that we are totally aligned in our coaching principles across teams.

‘We look forward to Justin joining us for day one of pre-season.’

Cochrane held a series of youth team coaching roles at Spurs from their under-12s up to the under-23s, helping develop the likes of current youngsters Japhet Tanganga, Oliver Skipp and Dane Scarlett but also many others who have flourished after leaving Spurs including PSV’s Noni Madueke and Sporting Lisbon’s Marcus Edwards.

Cochrane then joined the FA from Spurs, coaching their under-15s through to under-17s and was interviewed for the under-21 job and offered first-team managerial roles before being persuaded to return to club football full-time by United. 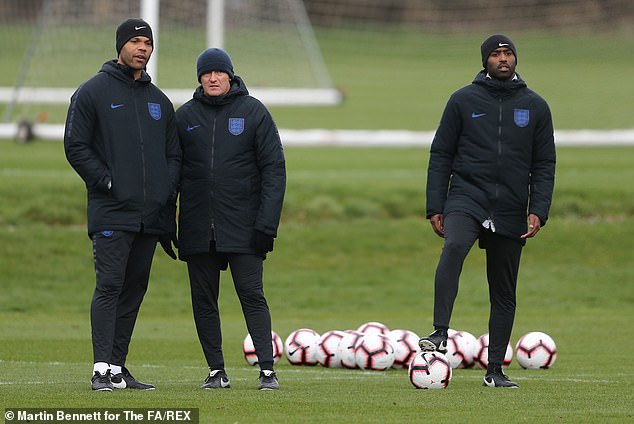 Cochrane (right) made his name as a coach at the FA, working with England’s youth sides 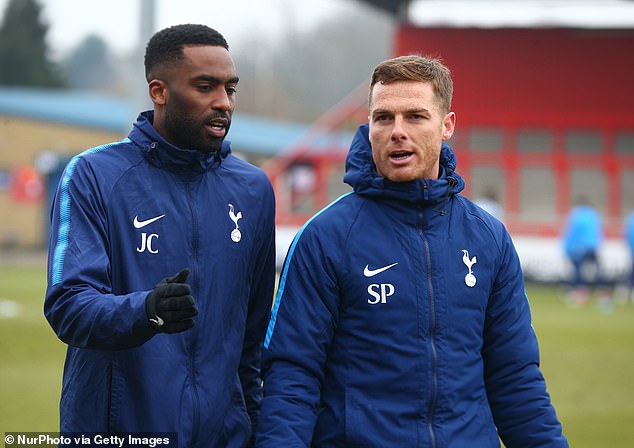 Cochrane’s exit is the latest in a string of departures behind the scenes at United, with a number of coaching changes made at both first team, connected to the arrival of manager Erik ten Hag, and also youth team level.

Neil Ryan, who was under-23s assistant, also departed to become a national coach with the FA.