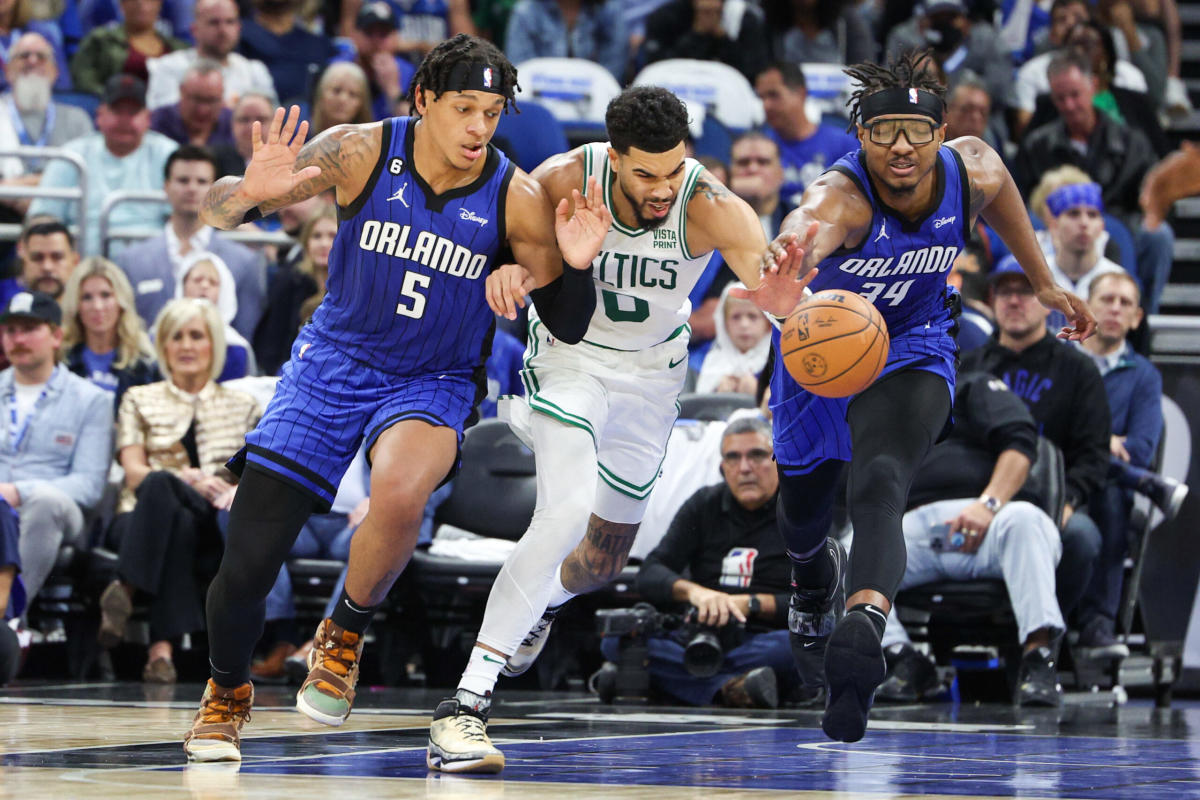 When multiple starters on the Boston Celtics’ roster just did not have it going against the Orlando Magic at Amway Center on Saturday night, superstar Boston Celtics forward Jayson Tatum put the team on his back and got the Celtics their third straight win to maintain the team’s undefeated status.

It set the St. Louis native up to become the highest-scoring Celtic in club history in the first three games of a season with 100 points over his first three contests of the 2022-23 NBA season, and Boston needed all of his 40 points to be comfortable in their win against a much-improved Magic roster and Paolo Banchero.

Tatum also put up 8 boards, an assist, as many steals, and 2 blocks while shooting 14-of-21 from the field, 4-of-10 from beyond the arc, and a near-perfect 8-of-9 from the charity stripe.

Take a look at the highlight clip embedded above to see the Duke alumnus’ big game for yourself courtesy of the NBA YouTube channel.

How will the East standings shake out by the end of the 2022-23 season?

What are the Boston Celtics’ and Golden State Warriors’ title outlooks?