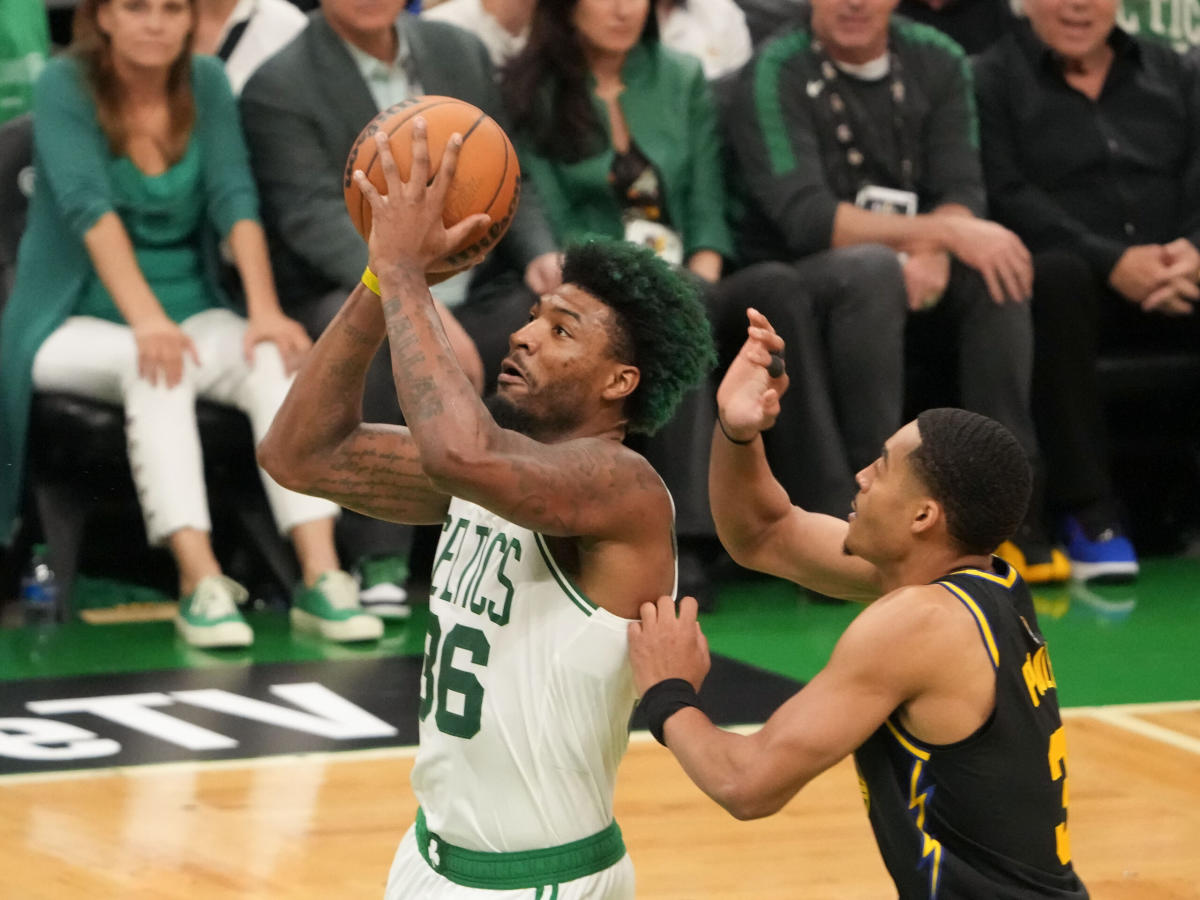 The Boston Celtics transformed themselves from the textbook picture of a team stuck on the proverbial treadmill of mediocrity to one of the NBA’s best ball clubs primarily through improving their defense, trust and ball movement, but there was also a fair amount of luck involved.

Emblematic of that, there were more than a few circus shots in the 2021-22 NBA season orchestrated by members of the Celtics leaving fans wondering how exactly they pulled it off — or if they even meant to in the first place. A couple of them even caught the attention of the national news cycle, and one of them made it into the NBA’s “Wildest shots of the 2021-22 season.”

Take a look at the clip embedded below to see which game it was in against what team while we wait for the 2022-23 NBA season to arrive.

Every player in Boston Celtics history who wore No. 9

Where does the Boston Celtics’ starting five stack up in the Eastern Conference?