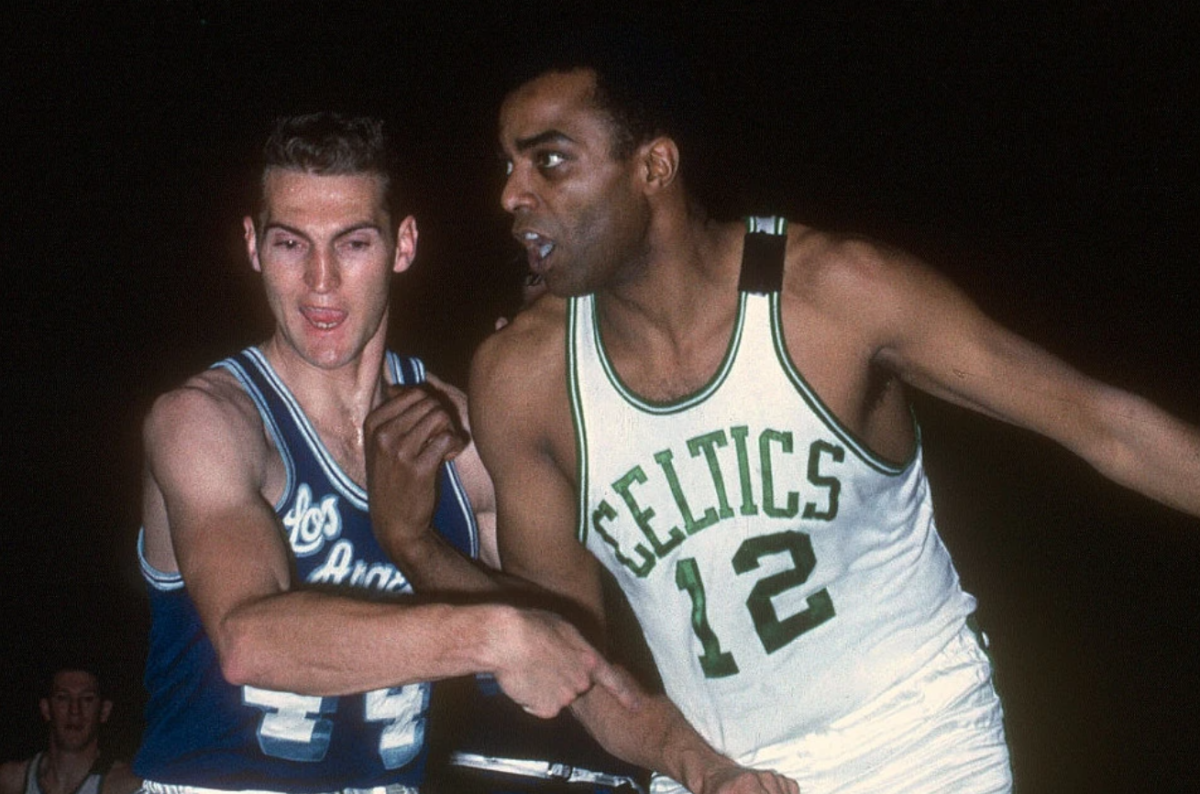 On this day in Boston Celtics history, the storied franchise made history by starting the first all-Black starting five in NBA history back in 1964. The Celtics were on the road to play a regular season game with the (then) St. Louis (now, Atlanta) Hawks when Hall of Fame power forward Tommy Heinsohn ended up a scratch due to an injury he sustained previously.

In that era, there was a so-called “gentlemen’s agreement” that acted as an unspoken agreement to always have at least one white player on the court at all times, supposedly in the interest of racial harmony.

Auerbach claimed he had not intended to make a point with the lineup choice, though the claim is dubious given he’d also intentionally drafted the first Black player — Chuck Cooper — into the league more than a decade earlier.

“I wasn’t even aware of it,” related the Celtic coach at the time (via ESPN’s J.A. Adande).

“They brought it to my attention later on. All we were trying to do here, all the time, is play the guys that, in our opinion, whether I’m coaching or someone else is coaching, is going to win the ballgame,” he said. “That’s all.”

Besides Naulls, the rest of the starting five that night included Satch Sanders, KC Jones, Sam Jones, and Bill Russell.

At first, the game went poorly for the Celtics, the team falling as much as 15 points in the first quarter, the Hawks dominating early.

Boston would pull it out in the second half, winning not only that game 97-84 but the team’s next 11 contests as well.

It is also the date of Boston forward luminary John Havlicek scoring 42 points against the Seattle SuperSonics in a 122-112 road win in 1969.