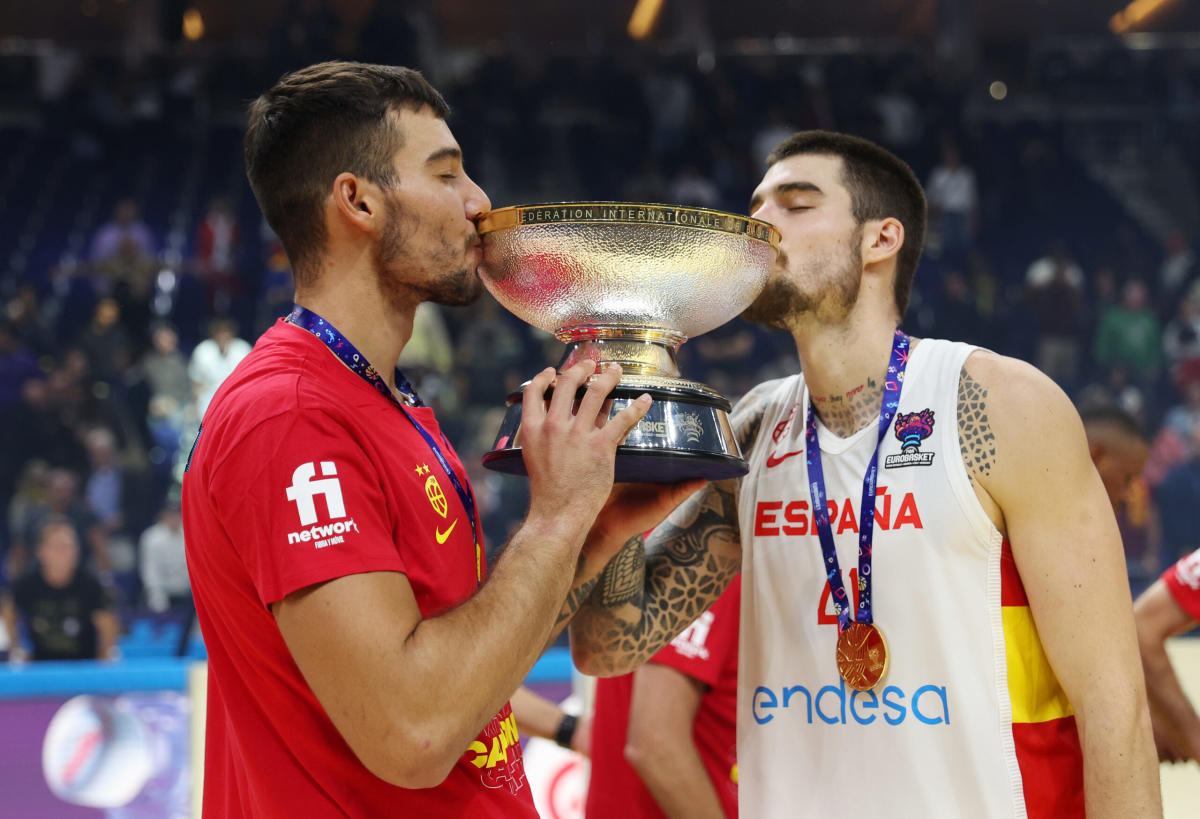 Former Boston Celtics forward Juancho Hernangomez had himself a mostly solid if not extraordinary series of games in the European Basketball Championship — until the EuroBasket Final against the French National Team, which saw Hernangomez go off to help his Spanish National Team win gold with easily his best outing of the quadrennial summer event.

The ex-Boston big man put up 27 points, 5 rebounds, and 2 steals with just 2 turnovers and 1 personal foul on a white-hot 9-of-11 shooting from the floor overall and 7-of-9 shooting from beyond the arc in just over 26 minutes of playing time on this past Sunday afternoon.

The end result of the man who played Spanish wunderkind Bo Cruz in the Netflix “Hustle” film was a real-life movie finish to the Spanish National Team’s run to get the gold in this year’s EuroBasket.

To see Juancho’s big game in highlight form yourself, take a look at the clip embedded below courtesy of the folks over at the FIBA YouTube channel.

Should the Boston Celtics trade for the Utah Jazz’s Jarred Vanderbilt?

Why did Celtics co-owner Wyc Grousbeck say Boston is overrated?

Every player in Boston Celtics history who wore No. 14