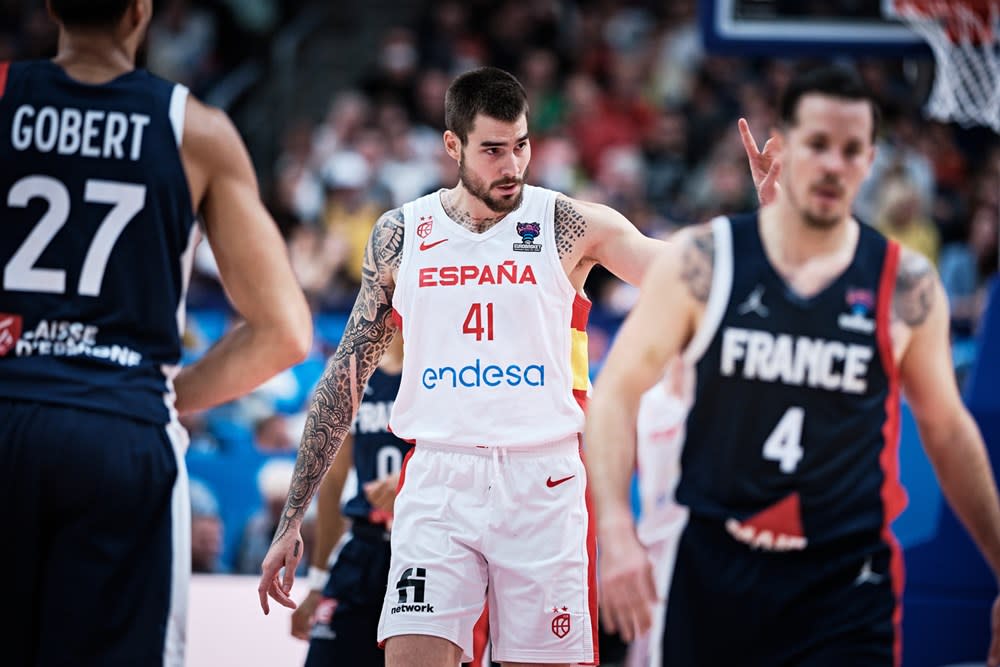 Former Boston Celtics forward Juancho Hernangomez saved his best game of the European Basketball Championship for last, helping the Spanish National Team win EuroBasket gold with an 88-76 victory over the French National Team and a trio of former Celtics.

Hernengomez put up an impressive 27 points, 5 rebounds, and 2 steals in just over 26 minutes of game time, shooting 9-of-11 from the field, a red-hot 7-of-9 from beyond the arc, and a perfect 2-of-2 from the stripe. On the other side of the court, ex-Celtics shooting guard Evan Fournier led the French National Team’s silver-medal effort with 23 points, 3 rebounds, 2 assists, and a steal.

Boston big man alum Guerschon Yabusele added another 13 points, 2 boards, and 6 assists, and former Celtics center Vincent Poirier chipped in 4 more points, 1 point, and 1 assist, but it was not enough to get the French National Team the gold.

Can the Boston Celtics handle the pressure of being NBA title favorites?

Is there more than we know to Wyc Grousbeck’s claim the Boston Celtics are overrated?

Who will rule the NBA’s Eastern Conference at the end of the 2022-23 season?