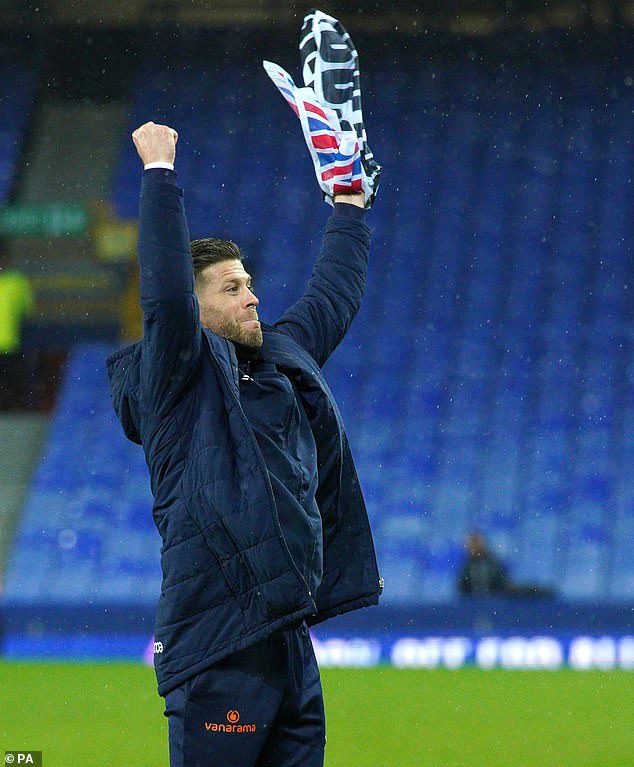 Boreham Wood manager Luke Garrard was ‘gutted’ his side could not put up more of a challenge in their 2-0 defeat at Goodison Park but admits his players will celebrate with a few beers after an incredible FA Cup run.

Everton striker Salomon Rondon’s second-half double – the first goals conceded by the Vanarama National League side in the competition this season in their sixth tie – ended their participation, but their exit against top-flight opposition 77 places above them was no disgrace.

‘What this group of players have achieved, what this club has achieved, has been fantastic,’ said Garrard.

See also  Manchester United: Solskjaer still in a job due to Woodward reluctance to sack him

‘I am just gutted we haven’t been able to give our fans a moment – they were colossal all evening and it was a shame we didn’t test Asmir (Begovic) in goal enough, but what we have achieved in this cup run has been fantastic.

‘To come to Goodison in the first 45 minutes and not concede was immense and that is 500 minutes without conceding a goal in the FA Cup, so we have to take great pride in what we have achieved.

‘They (Everton) went up several gears in the second half when they brought on Richarlison, with the way he and Rondon work together, and (Anthony) Gordon is unbelievable, frightening. 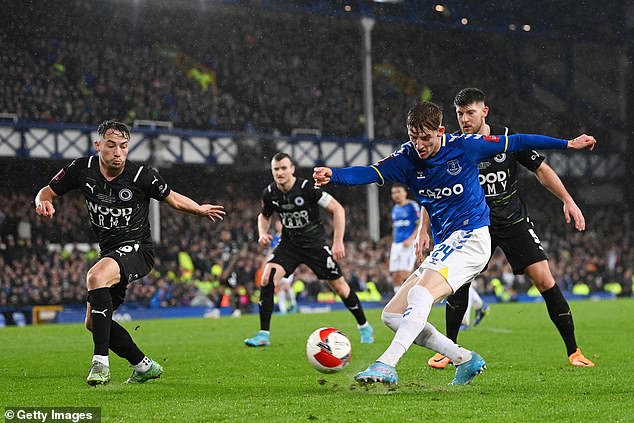 ‘I’m glad we didn’t open up too much as they could have had three or four.

‘The boys thoroughly deserve a few beers with the extended staff as this has been a team effort.’

Boreham Wood chairman Danny Hunter has reportedly offered the squad a mini-break to Dubai this month after their cup run. 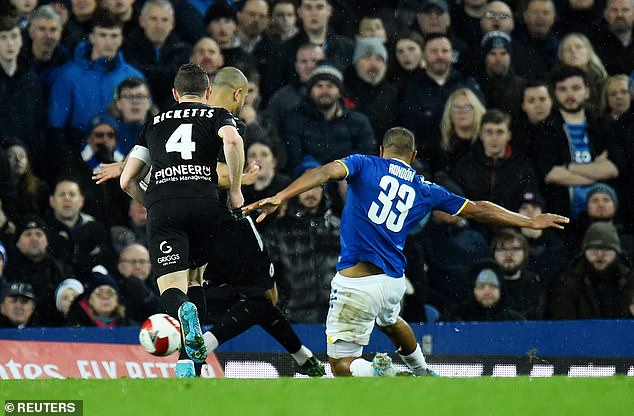 ‘We are going for a winter break in Dubai,’ added Garrard. ‘We have a free weekend in March and it is something we are looking at – that shows you the measure of the chairman, that he thinks the boys need to be rewarded.’

Everton boss Frank Lampard praised Rondon for his attitude, having not had regular game time.

‘He’s been an ideal squad member with his attitude and when he comes in he contributes and he gives us something different, a physical presence in the box and we need that,’ said Lampard. 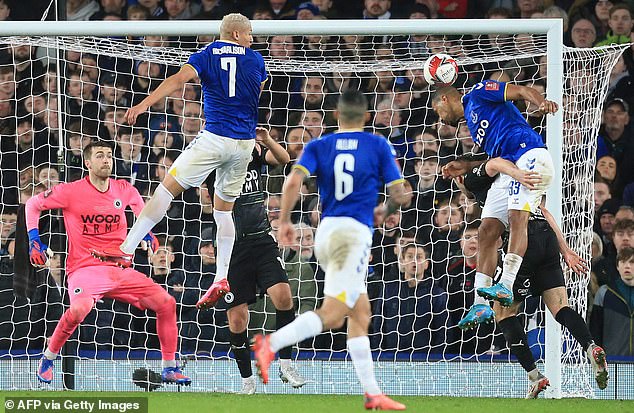 Everton sent on Richarlison at half-time and that turned the tide in their favour.

‘I am here not that long and the players need to hear a message, not just me shouting at them,’ he said of his half-time team talk.

‘We made a change to get Richarlison on, another player behind their midfield line. I have got no problem with how the game went.’