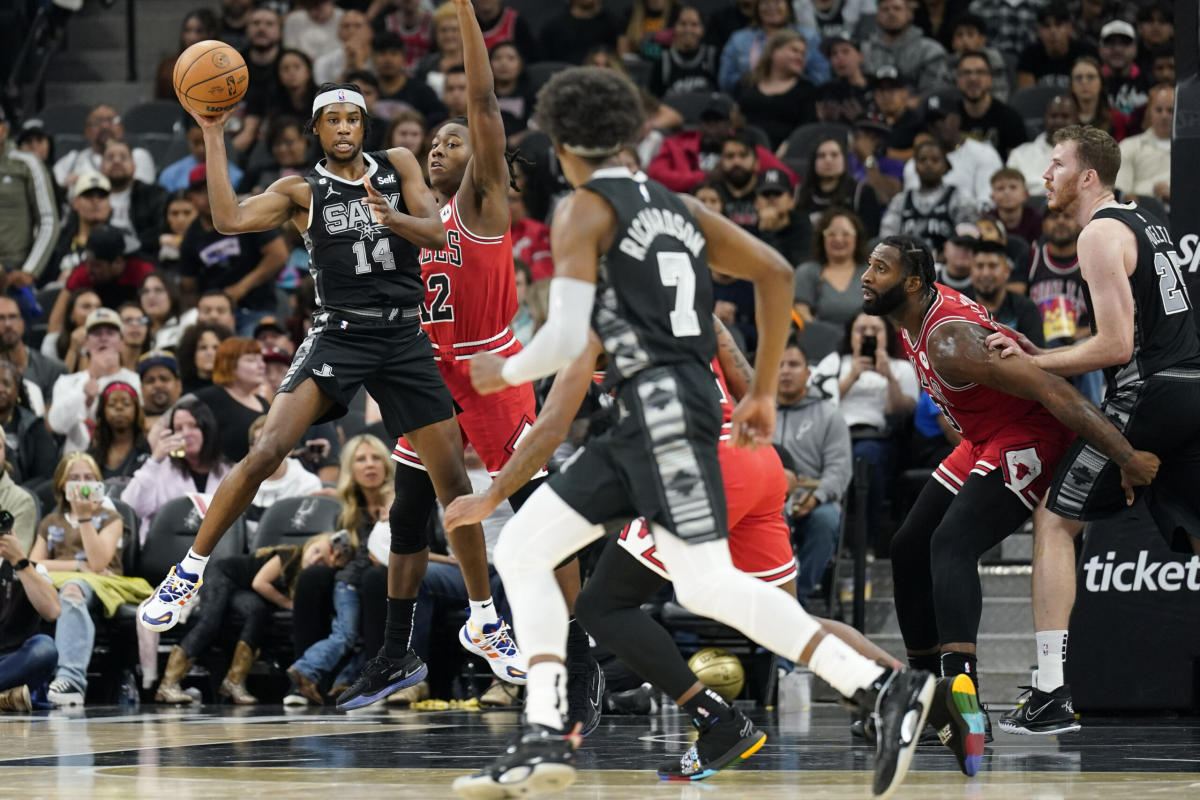 It took until the San Antonio Spurs’ sixth game, but former Notre Dame guard Blake Wesley finally has made his NBA debut. Wesley, the Spurs’ 2022 first-round pick, checked into Friday’s contest against the Chicago Bulls near the halfway point of the first quarter. It’s possible that he picked up some of the playing time previously given to Joshua Primo, the Spurs’ 2021 first-round pick who was waived earlier in the day.

Wesley made the most of his opportunity, scoring 10 points on 4-of-6 shooting and dishing out four assists in 15 minutes. The Spurs gave him further cause to celebrate by completing a 129-124 win.

Wesley’s debut snapped a drought for former Irish players. The last one to play his first NBA game was Demetrius Jackson when he suited up for the Boston Celtics on Nov. 6, 2016, almost six years to the day. In the Celtics’ 123-107 loss to the Denver Nuggets, Jackson scored eight points and also had three rebounds and two assists.