Indian cricket star Ravichandran Ashwin has been caught on camera engaging in a bizarre act during the T20 World Cup.

The veteran off-spinner, 36, could be seen sniffing two items of clothing following his team’s comfortable win over Zimbabwe on Sunday at the MCG – and it didn’t take long for the vision to go viral.

Eagle-eyed Twitter user chintubaba uploaded the clip, and it has since been retweeted more than 7400 times and generated in excess of 53,000 likes.

Ashwin made sure he picked up his correct game day attire by literally smelling the difference in the clothes – keeping one item but discarding the other when it didn’t his game-day scent. 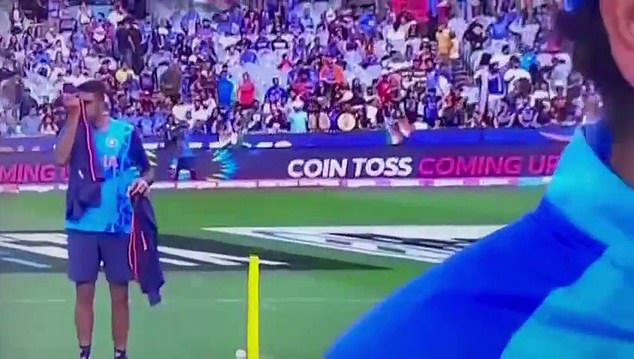 The veteran off-spinner, 36, could be seen sniffing items of clothing (pictured left) following his team’s win over Zimbabwe on Sunday at the MCG – and the vision quickly went viral

In the field, Ashwin was a standout for India, snaring an impressive 3/22 from his four overs.

India’s commanding victory ensured the men in blue progressed to the semi-finals of the T20 World Cup in Australia.

Rohit Sharma’s men next face England in a blockbuster semi-final on Thursday night at the Adelaide Oval.

Former England captain Nasser Hussain has declared India pose a ‘huge threat’ due to Suryakumar Yadav being the ultimate ‘360-degree player’ when at the crease, coupled with the guile of Ashwin with ball in hand.

Yadav’s unbeaten 61 from 25 balls virtually ensured India wouldn’t be troubled against Zimbabwe as they compiled an imposing total of 186 from their 20 overs. 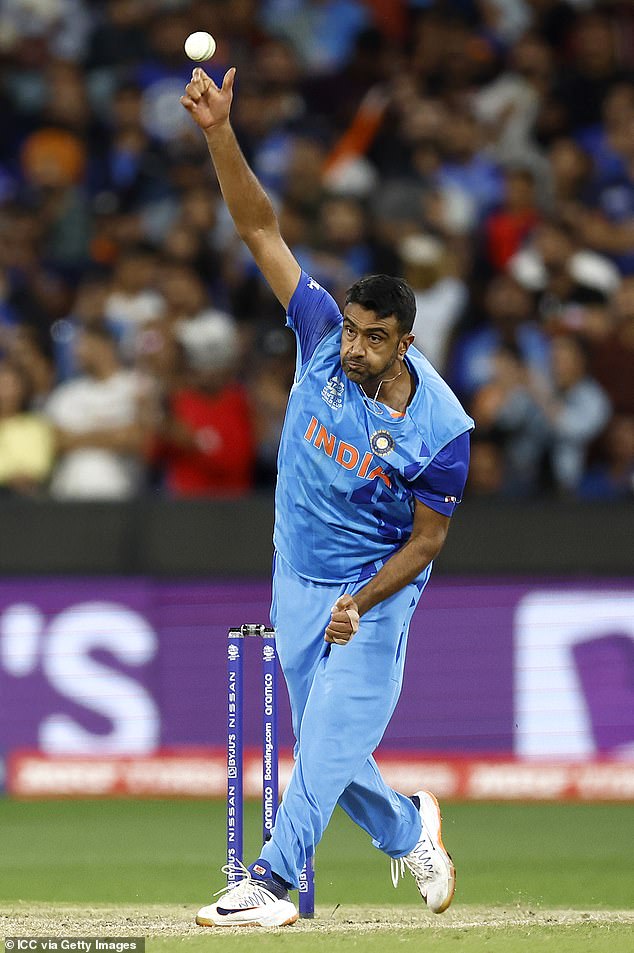 Ashwin was a standout for India with the ball, snaring an impressive 3/22 from his four overs against Zimbabwe

The genius of Virat Kohli – who loves playing in Adelaide – and Rishabh Pant’s power hitting also has English fans on edge.

Hussain also stated in his Daily Mail column that England will need Jos Buttler and Alex Hales to fire with the bat, while the experience of all-rounder Ben Stokes could prove to be invaluable.

New Zealand and Pakistan feature in the other semi-final on Wednesday.

Melbourne will then host the final on November 13 from 7pm local time.