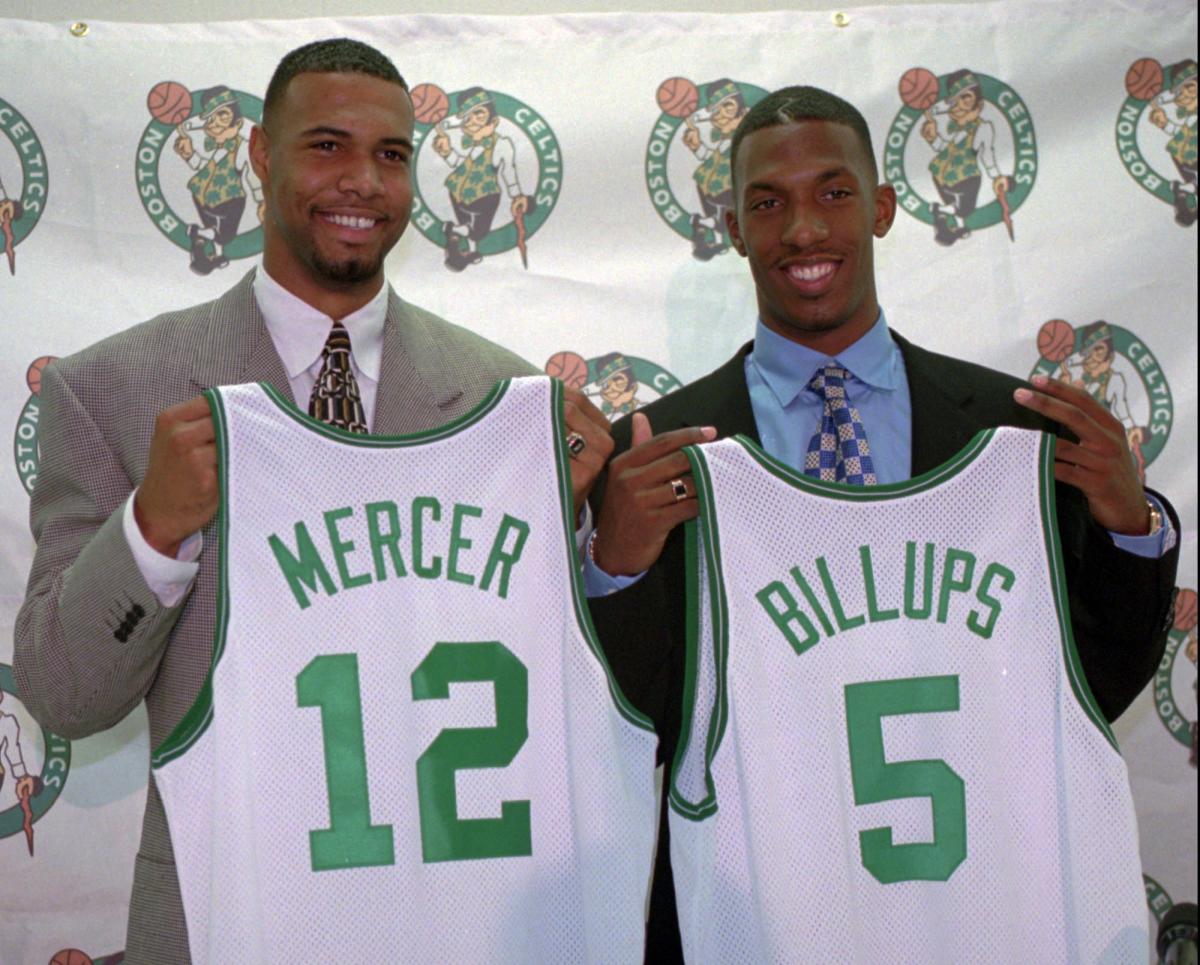 On this day in Boston Celtics history, point guard Chauncey Billups played his first game for the team. The Colorado product would later be traded in his rookie season after being selected by the Celtics with the third overall in the 1997 NBA draft, but it wasn’t because of how he performed the first time he took the floor as a pro.

Billups put up a very healthy 15 points, 2 rebounds, 4 assists, and two steals in his inaugural performance, shooting a sizzling 6-of-12 from the field, a much less sizzling 1-of-4 from beyond the arc, and a perfect 2-of-2 from the charity stripe.

That he did that in just under 17 minutes of game time off the bench makes it even more of a head-scratcher team president Rick Pitino would later trade the rookie scorer.

The Minnesota product played a little under five minutes of game time, scoring 2 rebounds and a steal, while Mercer logged 11 points, 5 boards, and an assist.

It is also the day former Celtics wing and current Dallas Mavericks head coach Rick Carlisle debuted for Boston in 1984.

The future Celtics champ played his first minutes in a 116-105 win over the then-New Jersey (now, Brooklyn) Nets, scoring a solid 8 points, and 7 assists with just 1 turnover in 20 minutes of play.

Celtics wing Togo Palazzi debuted on this date in 1954,  with the Celtics’ 5th overall pick in that year’s draft playing his first game for Boston in a 90-86 loss to the (then) Fort Wayne (now, Detroit) Pistons.

Palazzi would only register a personal foul in his inaugural game in the league.

The Holy Cross product shares that debut date with forward Gene Guarilia, who first played for the Cs 5 years later in a 123-109 win over the New York Knicks.

Today is also the birthday of ex-Celtic wing Blue Edwards, born this day in Washington, District of Columbia in 1965.

A product of East Carolina University, he was taken by the Utah Jazz 21st overall in the 1989 NBA draft.

He would play for that club and the Milwaukee Bucks before being dealt with Derek Strong to Boston for Ed Pinckney and Andrei Fetisov in 1994 and would play one season with the Celtics before he would be dealt back to Utah for Jay Humphries and draft assets.