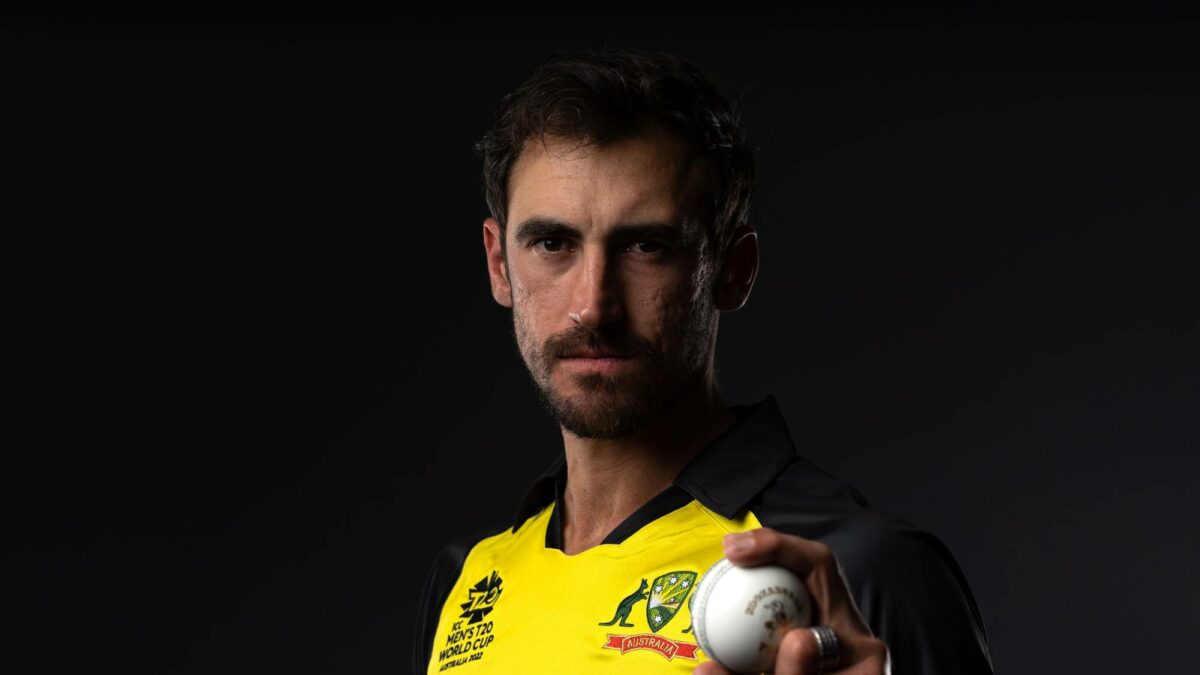 From ball one of the 2015 World Cup final, Mitchell Starc owned New Zealand like Donald Trump owns things made of gold.

Starc owned everybody that tournament. From over the wicket or around, wide out or close to the stumps, his yorkers were devil-balls. He was unplayable.

In eight matches he took 22 wickets at 10.18. In a modern game of thick-edged bats and massive attack, his economy rate was 3.50. He took a wicket every 17 balls. He was a runaway Player of the Tournament.

And, in the way of these things, he was afforded the ultimate accolade for the left-handed leather man: comparison with Wasim Akram.

Akram is the greatest left-arm quick there’s ever been. Kapil Dev reckons greatest ever, “left-arm, right-arm, all arm.”

Akram would hustle to the crease, little steps, then muscle the ball, fast, with a shoulder action that was almost pneumatic. He could do you from everywhere, over or around, near in or wide out.

And that late swing, both ways, conventionally, Irish … incredible skill. As Kapil would tell you: “He was a magician with the ball.”

They reckon another Pakistani great, Sarfraz Nawaz, was the first to dally and then master ‘reverse’ or ‘Irish’ swing (though he didn’t share it with anybody, team-mates included).

Swing Svengali Terry Alderman has said he had it going ‘Irish’ a couple of times by mistake.

But Wasim and his partner Waqar Younis, those guys made the Kookaburra sing.

Now, I’m not saying Australia’s latest 300 Test wicket man Mitchell Starc is the New Wasim Akram, because there’ll be only one Wasim Akram. He was a freak.

But when Starc has the pill hooping about at speed, and zapping into the toes at high speed, well, you can’t rattle bails better – as the deliveries that secured his 300th Test pole and the first one of the recent Ashes series showed. 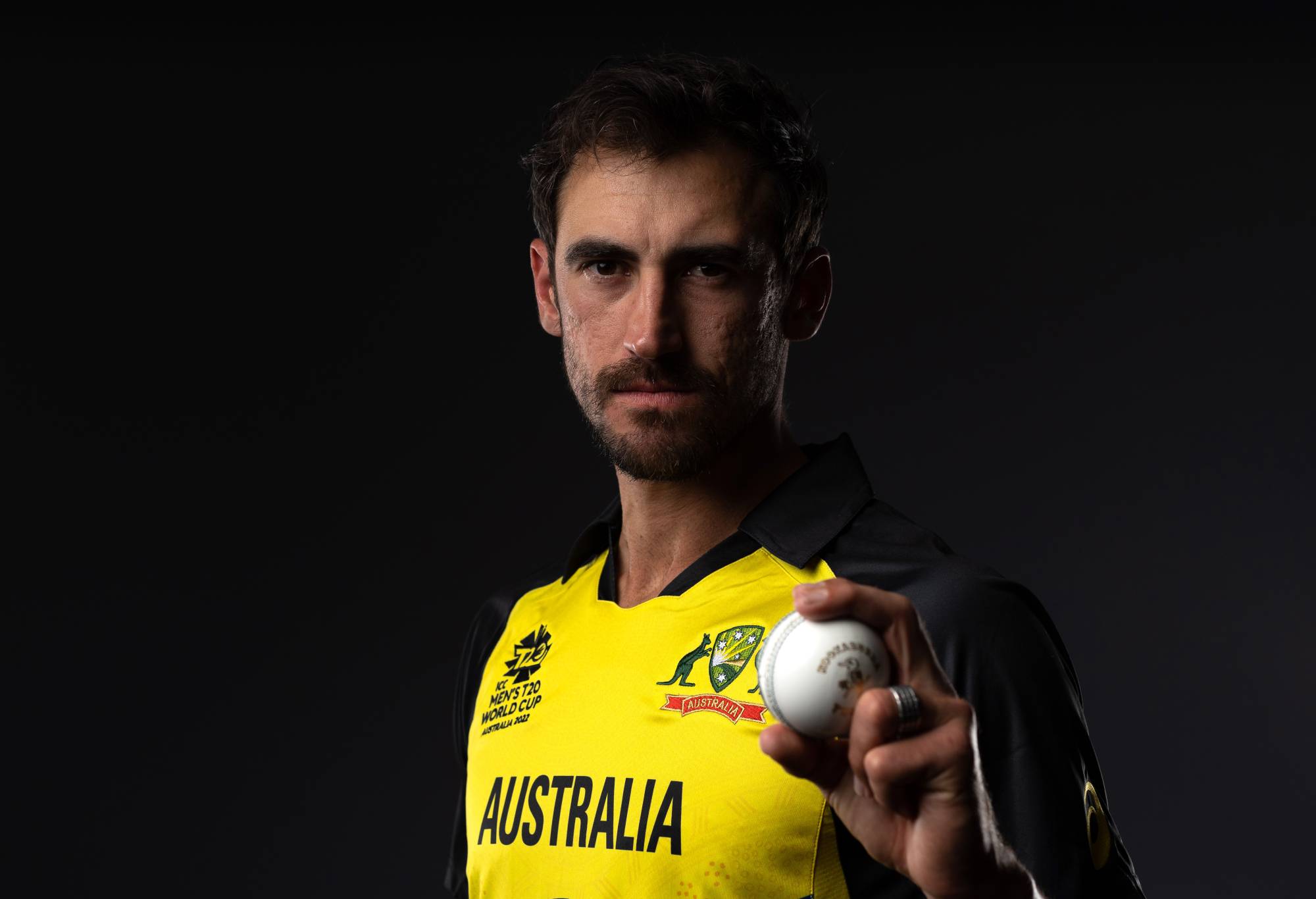 There’s been a few good ones. Bill Johnston played third fiddle to Ray Lindwall and Keith Miller, but not by much.

There was, of course the frightening, if enigmatic Mitchell Johnson. Old mate “Caviar” ran so hot in 2013-14 against the Poms he was DK redux. DK with Thommo’s fear factor. He was unbelievable.

Other summers he was on the verge of giving it up. Tremendous bloke. And he had plenty of white line fever. But he’d agree he could run a little cold, and skittish.

Another leftie was the gangling, death-from-above Bruce Reid. Never the fastest, never had to be: Reid’s height and proximity to the wicket at delivery gave him bounce and odd angles. He went across the chest of the world’s best bats. Problem for Bruce Reid was there nothing of Bruce Reid – his limbs were held together by sinews like gossamer.

So, we can pretty safely posit that Starc has surpassed all those worthies and entered the pantheon of Australia’s left-arm leather men. Only one man remains, arguably, above him: the great Alan Davidson.

In 44 Tests Davidson took 186 wickets at 20.53. He took 11 wickets in the first Tied Test – with a broken finger. He bowled out the Poms in an Ashes series with a bad back. The ICC put him in the Hall of Fame.

In 2015 he was signed by the exotically-named Royal Challengers Bangalore (no Delhi Daredevils, but still) in the Indian Premier League for the then-princely sum of $900,000.

For five weeks of steamy T20 big whack action, he scored 11 runs – you do the maths.

Fun cricket, stupid money. Sick money. Handy though if you’re a mate. Starc and some pals once ate at Robert de Niro’s ‘Nobu’ in Dubai. Big feed, all the drinks, nice wine – bill came to three grand US. Starc insisted on picking up the bill.

For in this mixed-up world of Kolkata Knight Riders and Caribbean mercenaries and Warney and Sachin playing cricket in New York City, whatever that was, this is the coin the world’s premier white ball fast bowler can command.

Starc, following his irrepressible and just about unplayable fast bowling in that 2015 World Cup, became a hotter property than Balmoral beachfront (where he not coincidentally purchased a place, and for quite a bit more than $900k).

Today he remains, at 32 years old, a global superstar. Among the best and fastest bowlers in the sporting nation state of Australia where cricket remains the national sport if not obsession. And for mine, with the great Alan Davidson, Australia’s equal-greatest left-arm quick.