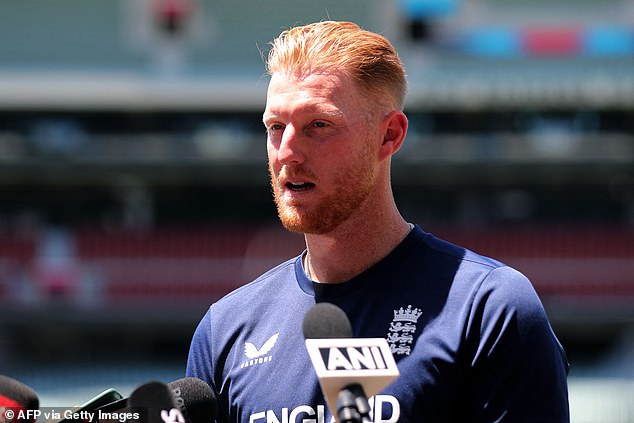 Ben Stokes smiled when asked if England were ready to re-write what has been billed here as the perfect script that sees India meeting Pakistan in a dream Twenty20 World Cup final.

‘I’m trying to think what the ICC would prefer,’ said Stokes, with a hint of mischief, about the alternative possibility of a re-match of the 2019 50-over final between England and New Zealand.

‘Look, we’re just here to try to beat India on Thursday. Then we can think about who we would meet in the final. And then hopefully beat them too.’

It only needed a glance towards the middle of the Adelaide Oval on the first properly hot day of the Australian summer to answer Stokes’s question.

For there, inexplicably, was the sight of yet another used pitch being prepared for Thursday’s clash.

Even though this is the semi-final of what will soon become the premier world tournament in cricket – next year’s 50-over World Cup will surely be the last one to have that title with the ongoing decline of the longer format – the ICC in their wisdom are overseeing a surface that has been used for two other games in this tournament.

It will be tired, slow and hardly conducive to the exciting big hitting that should be the staple of a showcase T20 tournament.

Not to mention making the toss all-important, as so many have been in this World Cup, by favouring the team that bat first. 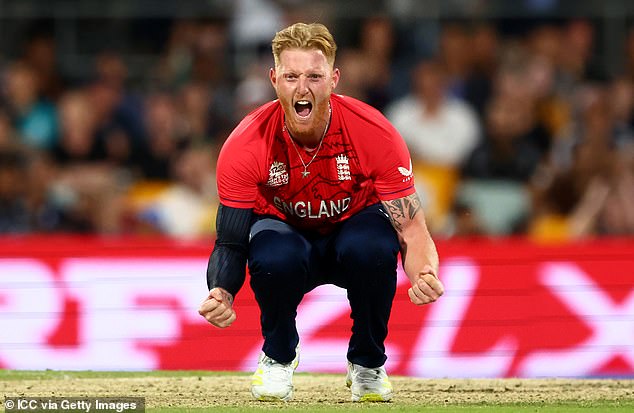 And, of course, it will be more like a sub-continental pitch than an Australian one and should make India, along with their huge support, feel very much at home.

‘The ICC does not have a rule about the use of fresh or used pitches for any match,’ insisted a spokesperson.

‘Decisions are based on a number of considerations, including the rotation of pitches curated for a tournament and the management of available playing surfaces. It does not necessarily follow that a new pitch will be better than a used one.’

It is hardly a convincing argument. But we have, of course, been here before many times at ICC tournaments – think the Champions Trophy final between England and India at Edgbaston in 2013 on an exceptionally dry pitch – and England are relaxed about a situation that nevertheless took them by surprise when they arrived for training on Tuesday. 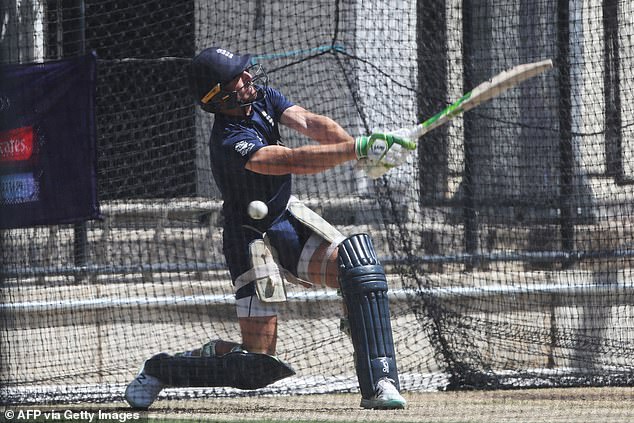 It certainly didn’t knock Stokes out of his stride. The England Test captain was in relaxed mood, holding an additional press conference for the massed ranks of Indian media in the absence of anyone from their own country deigning to talk.

‘An India v Pakistan final? That would be great news for you guys, wouldn’t it?’ he told them.

Stokes is determined to enjoy this World Cup, just as he did in transforming England’s Test fortunes last summer, particularly as he finally proved Jos Buttler right to place so much faith in him here on his return to T20 cricket by leading his side home against Sri Lanka.

‘Every time I walk onto a cricket field now it’s an enjoyable thing to do,’ he said.

‘We’re here in Adelaide playing against India in the semi-final and there’s more than likely going to be a full house. There’s enough pressure in the game without you putting more onto yourself. I’m just really looking forward to it.’

There was also a rallying cry from Stokes who insisted, used pitch or not, that England will not be for turning from their ultra-aggressive game even though they haven’t really fired yet with the bat at any stage. 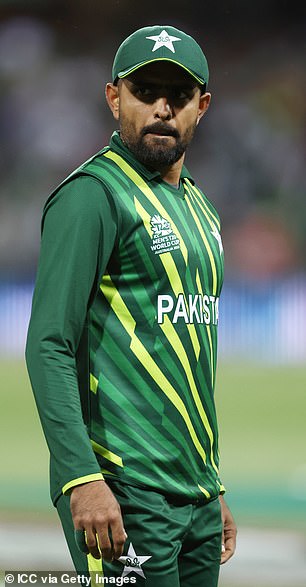 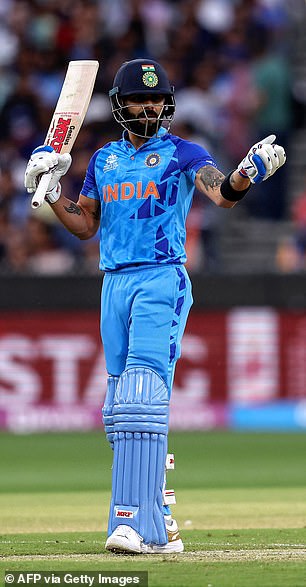 ‘It’s do or die now,’ he said. ‘I don’t think anyone will take a backward step. We talk a lot about the way we want to play when it comes to pressure moments and what you’ll see here is us delivering on that. We won’t take the cautious option.’

Hang on, though. Wasn’t Stokes’s cautious approach, when he made an unbeaten 42 off 36 balls, the key to the England win against Sri Lanka on Saturday that got them here? He was the only one in the team to play the situation while others threw their wickets away.

‘I decided pretty early that I would try my hardest to be there at the end,’ he said. ‘But you can’t look too deeply into the way others got out. Liam (Livingstone), for example, saw an opportunity to take on the short boundary and if he had got two sixes away the game was done. We were only ever two hits away from taking that game home earlier.’

There was a bit of concern yesterday when Mark Wood ‘pulled up stiff’ and didn’t bowl a ball in training. England are keeping their fingers firmly crossed he will be fine on Thursday. Meanwhile, Dawid Malan went through a fitness test but is still almost certainly out. He is more likely to be fit again and available for the final in Melbourne on Sunday should England get there.

Fitness is a perennial worry for Stokes, whose left leg seems permanently bandaged up as he continues to manage a knee injury that will not go away.

‘I’m better than bad, that’s what I’m saying,’ he said of his general patched up condition and his penchant for not doing too much in England’s ‘optional’ training sessions.

‘The games here come thick and fast and what with all the travelling around Australia I don’t feel I’ve needed to come into the ground and do anything just for the sake of it. I wouldn’t read too much into that. It’s just about knowing what I need to get out of training sessions to make sure I’m ready for when the game comes.’

And Stokes looks sure to be ready.