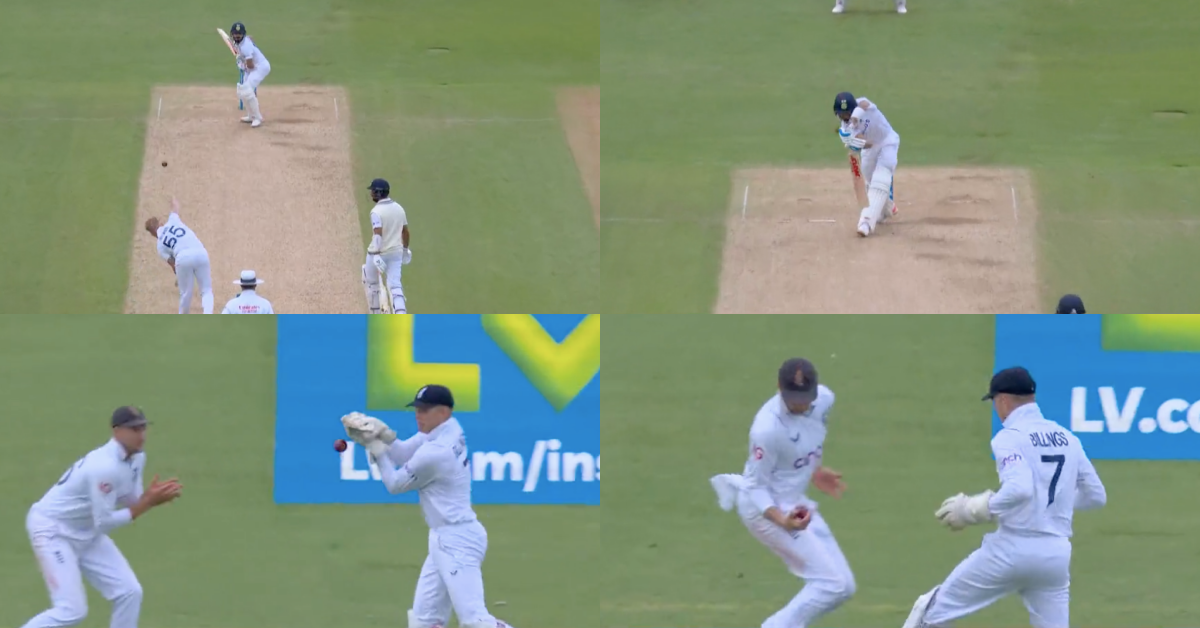 England skipper Ben Stokes snared the wicket of Indian batter, Virat Kohli, for the 6th time in Tests, the joint second-highest, to put the pressure back on the Indian team on Day 3 of the Edgbaston Test.

Kohli walked in after India lost Hanuma Vihari with the lead at 175. The English bowlers were on top and there was considerable movement on offer, being utilized by the veteran duo of James Anderson and Stuart Broad.

Kohli started off positively, smashing three boundaries inside the first ten balls he faced. However, he slowed down thereafter, with the Englishmen piling on the pressure with dot balls.

Although the pitch hasn’t worn out much, Stokes managed to get one delivery to jump up out of nowhere, which surprised Kohli. The ball brushed the gloves of the 33-year-old and went to Sam Billings, who fumbled but had Joe Root to thank. The former skipper was aware and grabbed the ball on the second bounce.

See also  Vaibhav Arora Was Challenging Us In The Nets, Which Is Why He Earned His Debut, Says Shikhar Dhawan