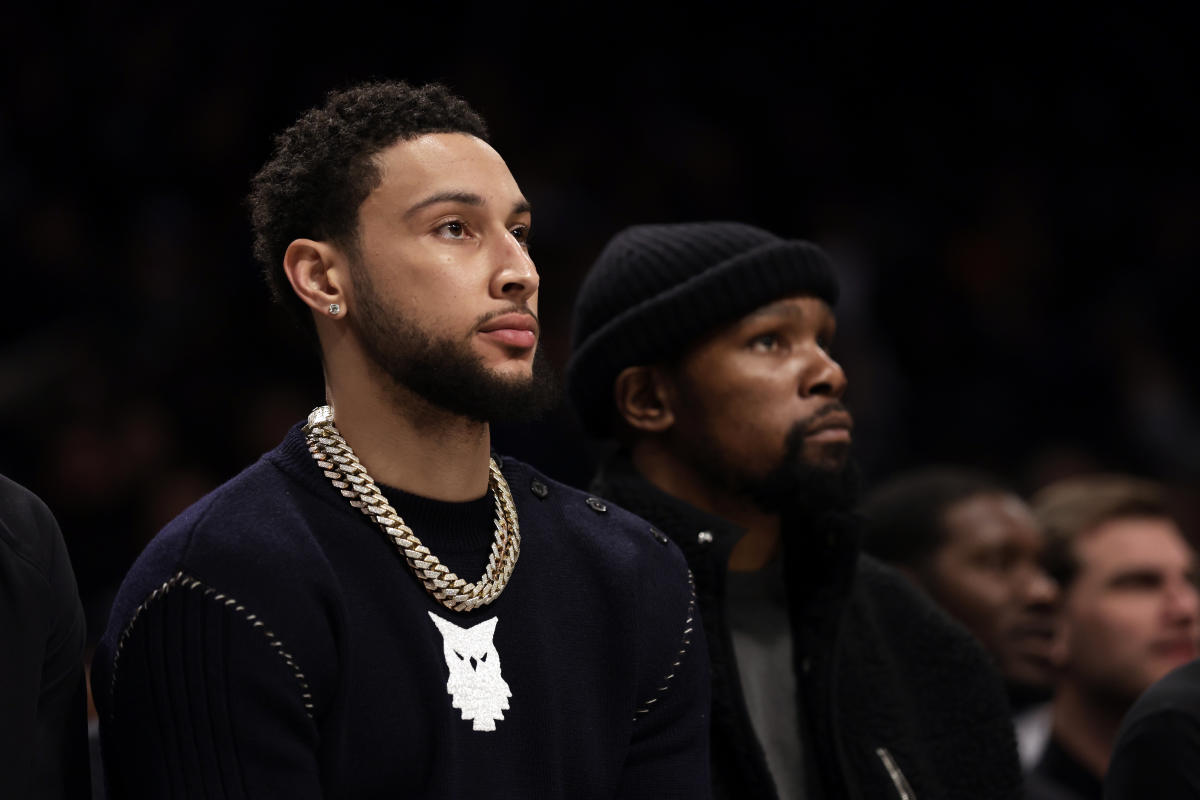 Any hope that Ben Simmons will take the court against his former team is probably gone now. Simmons is still working his way back from a back injury, and will likely need until at least the end of next week to start getting in work with his Brooklyn Nets teammates.

Nets general manager Sean Marks revealed that information Thursday, saying Simmons would do individual work this week. Marks said he hopes Simmons is “getting more into the team environment” by the end of next week.

That seems to suggest Simmons will not be available when the Nets take on the Philadelphia 76ers on Thursday. That game will be held in Philadelphia, where Simmons likely would have taken the court to deafening boos.

Marks said Simmons doesn’t have a timetable for his return. Once Simmons is able to get in team work, the Nets can ramp up his rehab and get him into game shape. It is unclear how long that will take.

Simmons has yet to take the court for the Nets after being traded to the team in February. Simmons did not appear in a game with the 76ers this season either. He missed time early after feuding with the team during the offseason. Simmons eventually returned to the 76ers, but took time away to deal with his mental health. Simmons also told the team he was dealing with a back issue.

After dealing James Harden, the Nets could use Simmons as soon as possible. The team has a 32-31 record and sits in the eighth seed of the Eastern Conference. That’s a disappointment considering the Nets were expected to compete for the top spot in the conference at the beginning of the season.

Simmons averaged 14.3 points and 6.9 assists with the 76ers last season. He also played lockdown defense, making the All-Defensive team for the second time in his career.