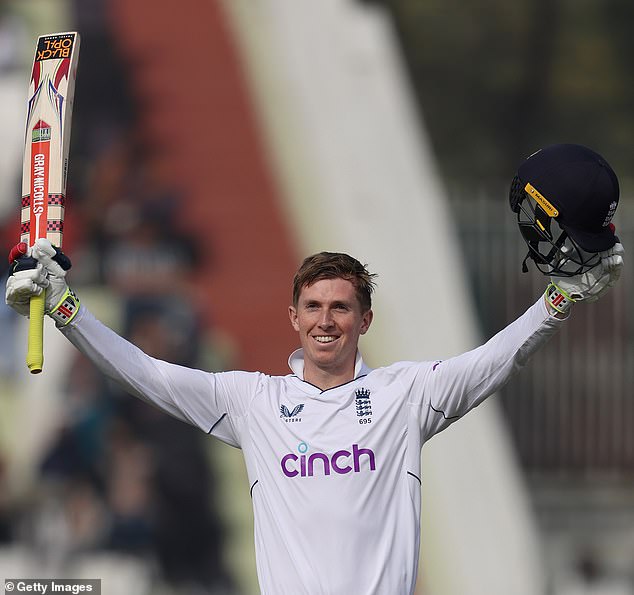 England’s first Test series in Pakistan in 17 years almost didn’t start on time. Bet they’re glad it did. At lunch on the first day, the tourists were a scarcely believable 174 without loss, with Zak Crawley unbeaten on 91 and Ben Duckett not out 77.

Bazball had passed its first overseas examination with flying colours.

Rawalpindi’s pitch is flat, and the Pakistani bowling even flatter, but this was an astonishing effort from England’s openers, who broke the national record for the most runs in the first session of a Test – previously 169 against Australia at Trent Bridge in 1938, when the bowlers got through 42 overs by lunch. 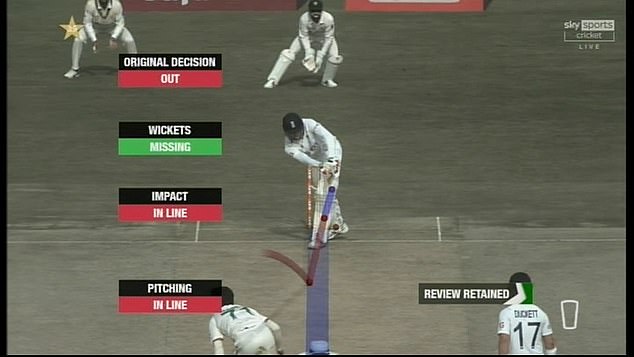 Here, Pakistan managed 27. These really are different times. The day had got off to the start everyone wanted.

Around 7.30am local time, it was confirmed that England would be able to get a team on the park after all, despite the bug that has laid them low this week.

The only casualty was wicketkeeper Ben Foakes, who was replaced by his Surrey friend and team-mate Will Jacks – the second debutant in this team, along with Liam Livingstone. The gloves passed to another Surrey man, Ollie Pope.

Two hours later came a moment of equal importance: Ben Stokes won the toss and chose to bat – a first in his eight Tests since replacing Joe Root earlier in the year. Crawley took 14 off Naseem Shah’s opening over, and the move received instant vindication.

After that, it was one-way traffic against an attack who appeared to have left their radars in nearby Islamabad, where the teams are sharing a hotel. 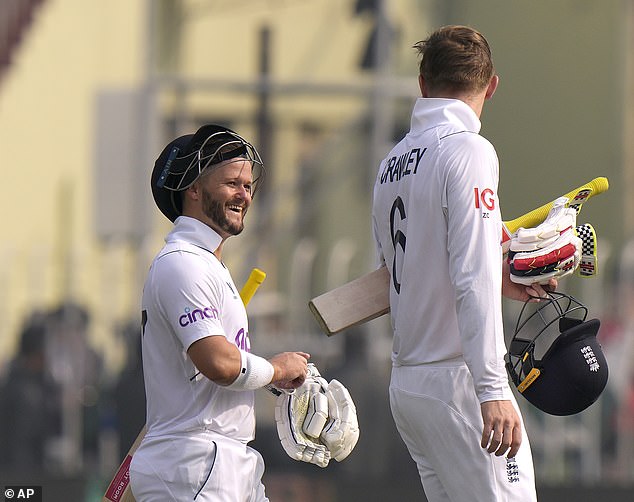 England smashed their way to 174-0 at lunch, with fellow opener Ben Duckett on 77 off 85 balls 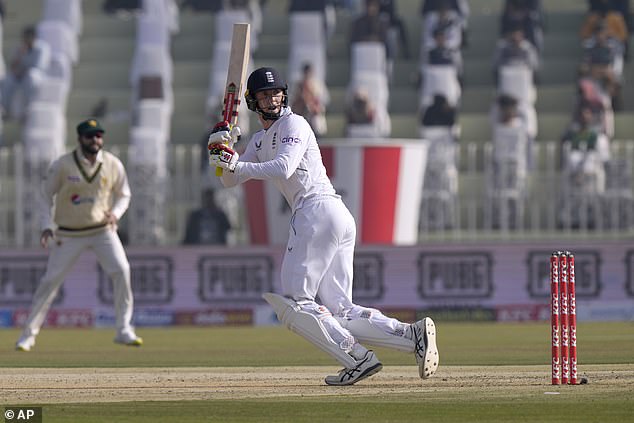 England’s 50 came up inside nine overs, and their 100 in 13.5 – another national record, beating the 17.2 of Crawley and Alex Lees against South Africa at The Oval. Crazily, that was England’s previous Test innings.

They are creating records on the hoof. Crawley and Duckett made for ideal bedfellows – one tall, right-handed and front-footed, the other short, left-handed and preferring to punch square of the wicket. Pakistan had no answer.

The 150 flew by in the 23rd over, and Crawley seemed odds on to become the first England player to score a century before lunch on the first day of a Test.

But Duckett, in his first Test for six years, began to take more of the strike, and Crawley fell just short. It was just about the only thing that didn’t go perfectly on a memorable morning.

He completed his ton shortly after the restart – a few balls after narrowly surviving an lbw shout, overturning the umpire’s decision on review.