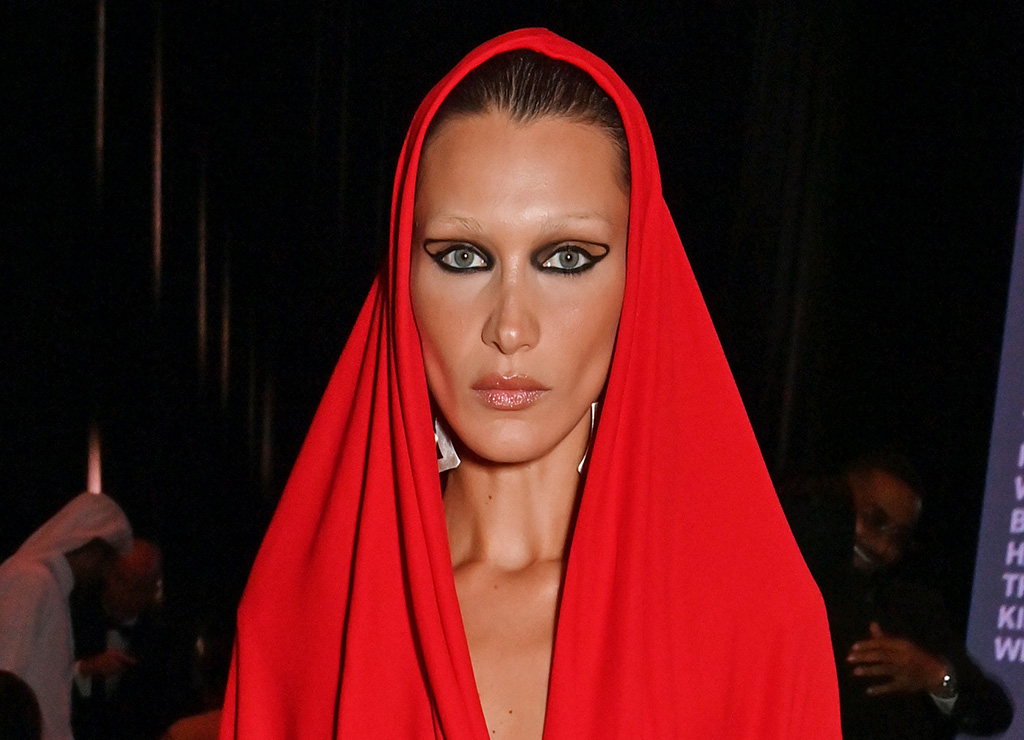 Bella Hadid was a lady in red for the Emerge Gala Dinner and Live Charity Auction hosted by Naomi Campbell. The event, which was held yesterday at the QF Ceremonial Court in Doha, Qatar, saw the Dutch-Palestinian supermodel clad in an archival Alaïa gown.

The Swarovski ambassador wore a crimson-red garment featuring dramatic draping that created a cascading effect down the model’s form. The full-coverage garment was also fitted with a risky side slit that further diversified the silhouette while offering Hadid a range of movement.

The archival work was also adorned with a large hood that hid the star’s hair neatly attached to the dress. Like her dress, Hadid’s makeup was dramatic, feat bleached brows and bold black liner.

Opting for a sharp addition to her ensemble, Hadid wore a pair of glossy black pointed-toe pumps. The pair featured thin heels, around 3 to 4 inches, triangular toes, and a sturdy construction that offered the Kin co-owner a more comfortable experience. The shoe style is a classic beloved by many celebrities.

When it comes to fashion, Hadid’s edgy style often combines grunge and early 2000s aesthetics for looks that mix vintage, and luxury pieces. Hadid often wears sneakers by Adidas, New Balance, and Nike, plus trendy shoes such as Yeezy Foam Runners. The model can also be spotted in sharp pointed-toe pumps and sandals on the red carpet, from top brands including Christian Louboutin, Fendi and Miu Miu.

The Emerge Gala Dinner and Live Charity Auction hosted by International supermodel and philanthropist Naomi Campbell in partnership with Sotheby’s is held to recognize and reward young creative and business talents from emerging regions, with a focus on Africa, The Diaspora and developing communities around the world.