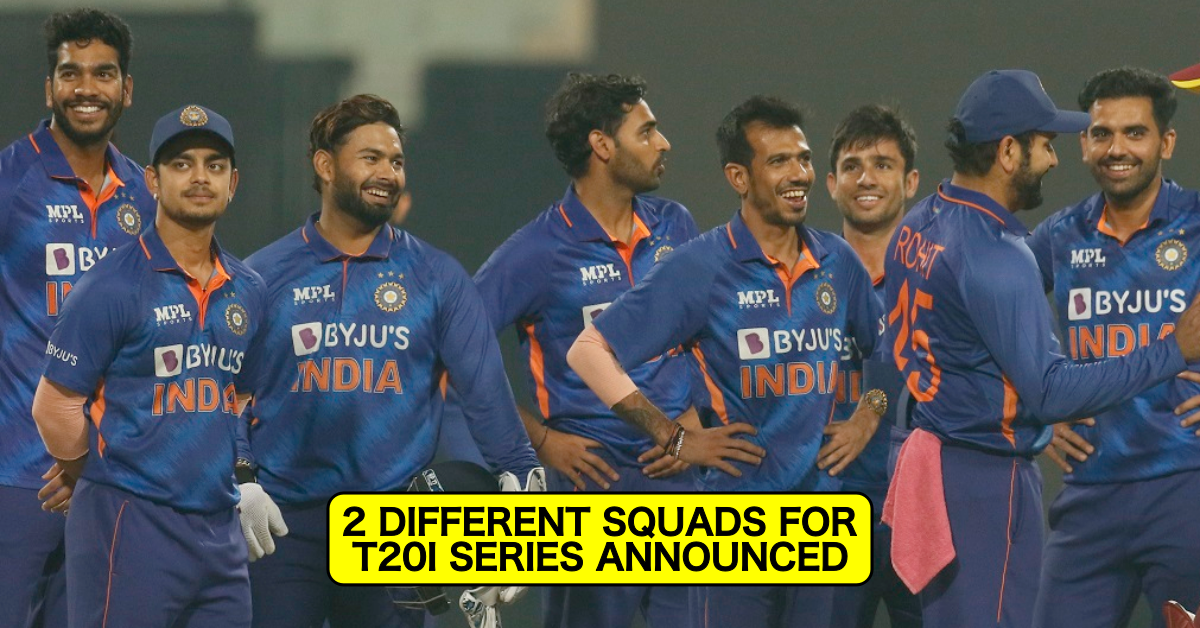 The All-India Senior Selection Committee of the Board of Control for Cricket in India (BCCI), on Thursday, June 30, 2022, announced the India squad for the three T20I matches against England for the series which begins from July 7 onwards.

There are two different squads announced for the first T20I and the two remaining T20I matches. The first T20I will be played on July 7 in Southampton, the second on July 9 in Birmingham, and the third on July 10th in Nottingham.

Earlier, it was reported that the Indian squad which played in the two T20Is in Ireland will also play in the first T20I against England as it begins just two days after the fifth Test match ends. But with Rohit Sharma missing the Test due to Covid infection, he will captain the side starting from the first T20I. The remainder of the squad for the first T20I remains the same to the one that played in Ireland.

However, for the next two T20Is, all of the first-choice players like Virat Kohli, Jasprit Bumrah, and Rishabh Pant, who will appear in the Test match, will return to the white-ball cricket after an extended break.