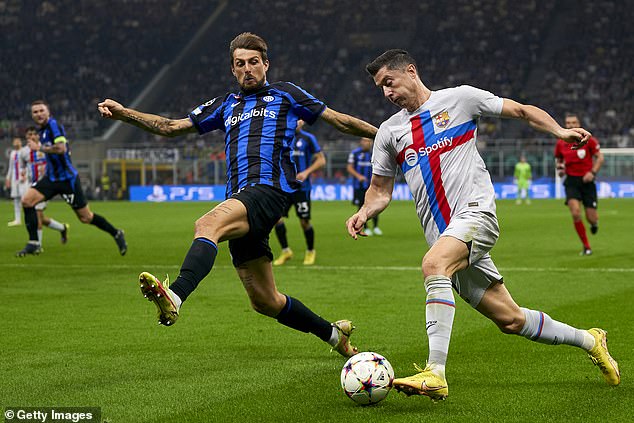 Barcelona ‘fear untoward influence of Bayern Munich on their Champions League campaign’, with the dressing room ‘sensing the Germans will DELIBERATELY lose to Inter Milan on final matchday as retribution for Robert Lewandowski departure’

Players in the Barcelona dressing room are said to be fearful of Bayern Munich’s untoward influence on their Champions League campaign with the German side facing Inter Milan on the final match day.

In the inverse of their league form, Barcelona’s European campaign has got off to a slow start with the club having won once and lost twice in their opening three games.

Those two losses have come in their previous two games: a 2-0 defeat at Bayern Munich followed by a 1-0 loss against Inter Milan at the San Siro.

See also  can Kerala Blasters make a turnaround this ISL?

With their hopes of emerging from what many identified as the group of death when the draw was made hanging by a thread, Barcelona must beat Inter Milan, Bayern Munich and Vitoria Plzen in their final three games to stand a chance.

With Inter Milan travelling to the Camp Nou for the reverse of last week’s fixture, Barcelona know that only a win will keep their hopes of qualifying on track.

However, have fears have grown inside the dressing room that whatever they manage to achieve between now and the final match day that their fate will rest in the hands of Bayern Munich. 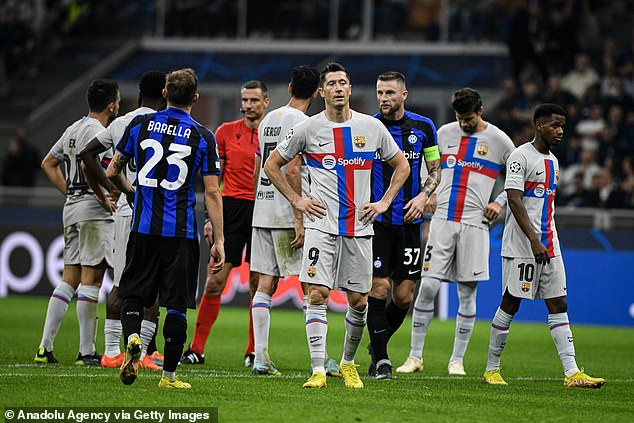 According to Spanish publication Sport, players have spoken of their worry that in retribution for Robert Lewandowski’s acrimonious departure to Barcelona this summer, the German club will seek to aid Inter Milan’s path to the last 16.

The report states that the summer wrangling between the two clubs over the Poland international has left a bitter taste, with Lewandowski early in the summer declaring that something had ‘died’ within him in regards to the German giants.

Barcelona’s advantage over the next three fixtures lies in the fact that two are at home – both against their two competitors within the group.

Having lost only 1-0 at Inter Milan, Xavi Hernandez’s side have a good chance of overturning the deficit and ensuring their head-to-head record is superior.

Bayern Munich, with a perfect record in their opening three fixtures, are likely to put themselves out of reach of Barcelona and Inter Milan thus leaving the two clubs to battle it out. 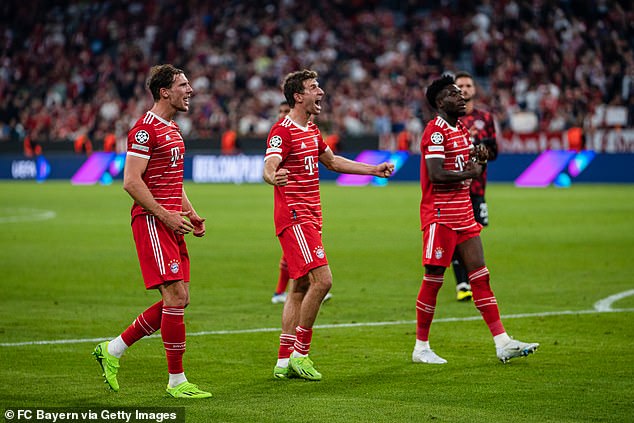 With nine points from their three games, Bayern Munich will likely be assured of qualification by the time the final match day rolls around

Xavi, after the defeat in Milan, spoke of his worry at the club’s predicament in Europe explaining that they can’t afford another ‘slip up’.

We also have to be self-critical, beyond the refereeing decisions,’ Xavi said. ‘We have to play better, although we still deserved at least a draw.

‘But it’s not the worst game we have played this season. In the second half, we were good; in the last half an hour very good. We had them pinned back, we tried.

‘The first half was not good enough for a Champions League game. We have to be more dynamic, quicker and have better ball circulation. Now we are left in an uncomfortable situation. We have three games left, all finals, and two at home.

‘I am worried about the defeat because we have three points, Inter six and Bayern nine. We are in a difficult position and we can’t slip up again.’ 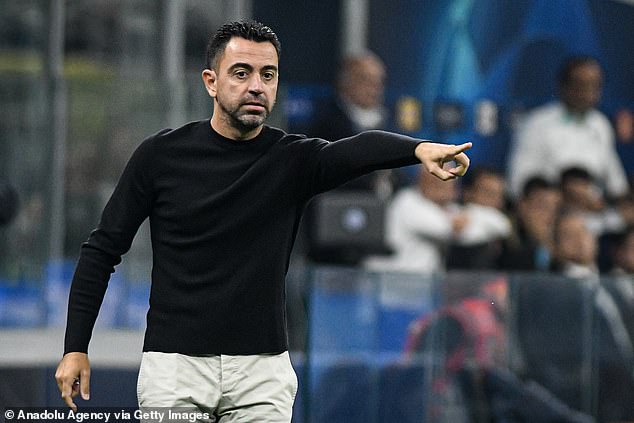