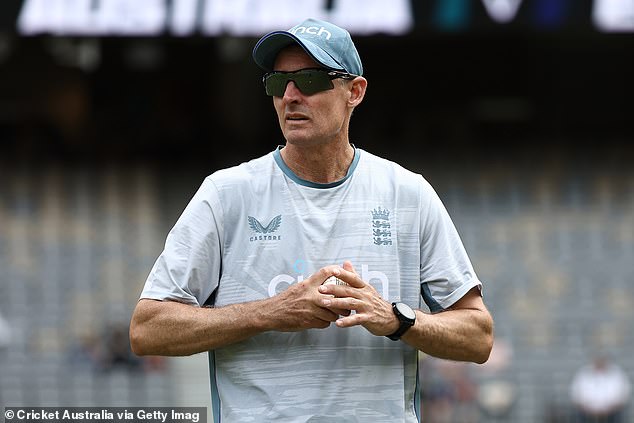 Mike Hussey could not believe his ears when he picked up the phone to fellow Australian Matthew Mott and was asked if he would help England at this Twenty20 World Cup.

‘Yes, it did catch me by surprise,’ says a man synonymous with Australian cricket ever since he made his debut in their post-2005 Ashes rebuilding period. ‘I wasn’t expecting it.

‘I did ask if I could give it some thought but I didn’t have to think about it for too long. It was just such a great opportunity with a fantastic bunch of guys. I’m glad I accepted the offer.’ 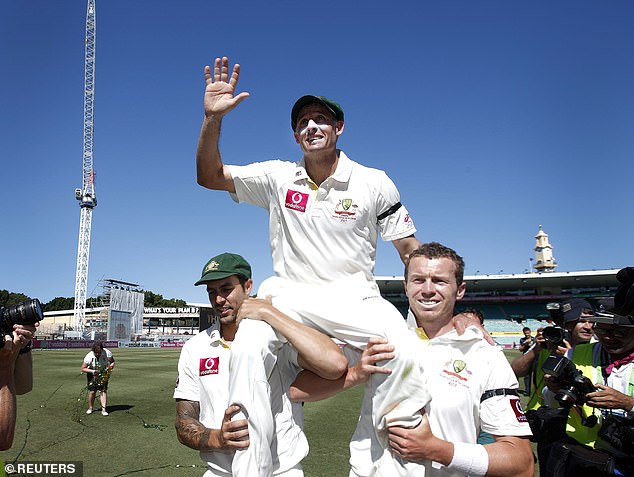 So here is Australia’s ‘Mr Cricket’, so nicknamed because of his obsession with the Aussie game, forming an all-Australian coaching team, along with Mott and bowling consultant David Saker, helping the old enemy plot the downfall of their countrymen at their own World Cup.

It is not unusual, of course, for ex-players to coach other international sides in the modern game. And England have been in safe Australian hands before with Trevor Bayliss.

But it just feels a bit different with Hussey. As a player, he was Australia’s ultimate team man. He was even the leader, for goodness sake, in the singing of the Australian victory song. 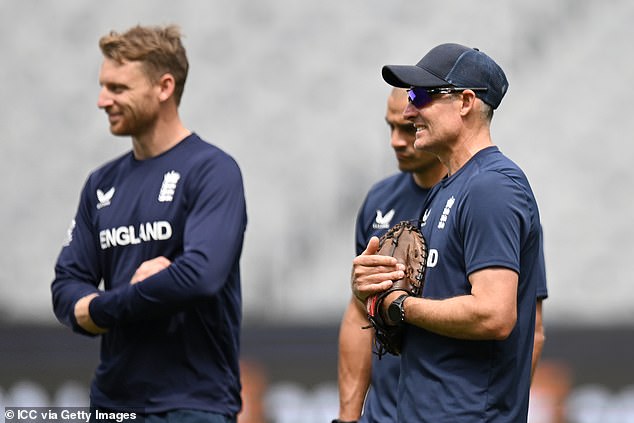 Now here he is sitting by the dugouts of the MCG, proudly wearing his Three Lions and saying how his 16-year-old son William is ‘pretty happy with this kit’. Aussies, look away now.

‘The first time I pulled on the England shirt it was a bit strange,’ admits Hussey (left), who averaged 51 in his 79 Tests. ‘But you work with the players and start to enjoy developing those relationships. 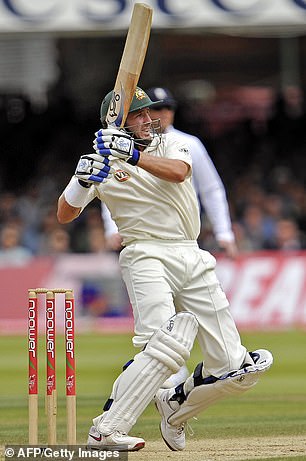 Hussey famously lifted the Ashes with Australia in 2007

‘You forget about what you’re wearing. It does seem to be a big issue for everyone on the outside. But for me there’s a much bigger picture than the Australia versus England rivalry.

‘It’s a great chance for me to be involved in a new environment, a new team, a new country, to see how they go about things. It’s great for me to be able to learn but also hopefully impart some of my knowledge as well and help a few of the players.

‘It doesn’t matter whether those players are Indian, Australian or English. I just enjoy watching guys get better.’

Hussey has clearly made a big impression on those England players. He was asked to present a cap to Dawid Malan at the start of this trip to mark his 50th T20 international appearance, and young pretender Harry Brook says the 47-year-old is ‘quality’.

‘Dawid is a similar personality to me and has a similar sort of game,’ says Hussey. ‘We’ve enjoyed talking a lot about cricket and different sorts of strategies.

‘I’ve enjoyed Harry Brook as well, who’s open to any ideas and is always ready to challenge himself. He just wants to get better. 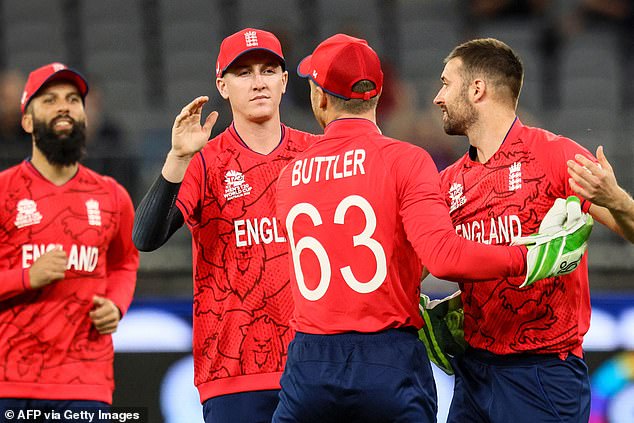 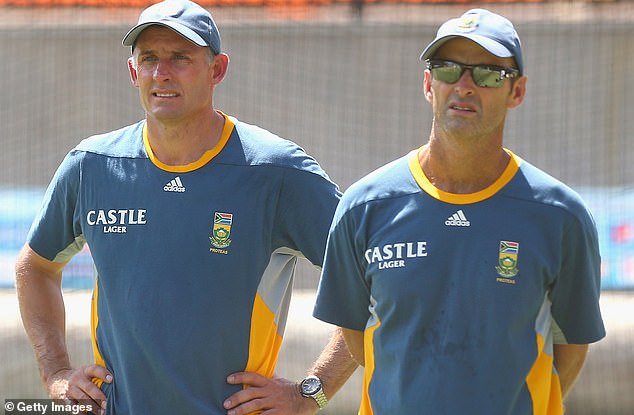 ‘Then there’s someone like Jos Buttler, who’s less about the technical side of the game and more about what’s in front of him and the strategy of where to score runs. And how about Moeen Ali? He has arguably got the best cover drive in the world.’

Mr Cricket could go on. He is clearly as enthusiastic about England now as he was about playing for Australia. He even said yesterday he would be up for helping Brendon McCullum win the Ashes next summer.

‘I wouldn’t have any issues with working with England in the Ashes,’ he insists. ‘Brendon’s done a fantastic job with the Test team. I’ve loved watching how they have gone about their cricket over the past six months.’

It was only when the small matter of Friday’s clash of the old enemies here at the coliseum of Australian cricket, which follows quickly on from this morning’s game against Ireland, that Hussey paused for reflection. 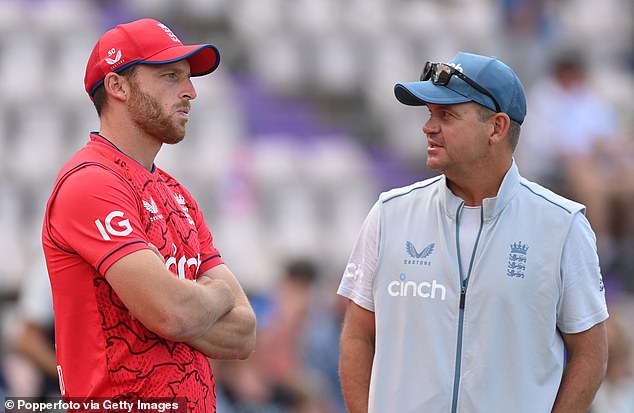 ‘It will be a bit of a weird feeling facing Australia as part of the England set-up,’ he adds. ‘To hope England beat Australia, as I will on Friday? Well, it’s going to be a bit strange.’

Spoken like a true Australian Mr Cricket who, for now, is playing his part in England’s World Cup challenge