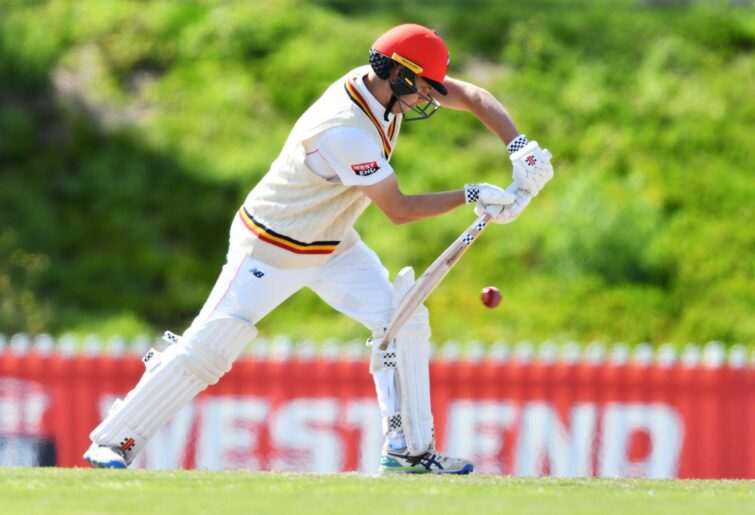 The Australian Test team has looked much more settled during the last three series and produced some significant results.

More significant challenges in the form of an away tour to the subcontinent and an away Ashes campaign are coming up and those will prove to be the real benchmarks.

However, we should also keep in mind that an even stiffer challenge awaits: retirements out of the batting group.

If we glance through the Shield teams and performances, some young guns may be ready to step up when the greats eventually hang up their bats.

Without his concussion issues, Will Pucovski would have been a regular in the Test team by now. However, the fact remains that he is an extraordinary talent. Remember, not many in the present era average around 50 (48.97 after 45 innings) in Shield cricket.

Both current openers might need to be replaced after a couple of years and who better a replacement than Redbacks opener Henry Hunt? He has been consistent in the Shield as well as the tour of Sri Lanka with Australia A. Even in the current season, he has had an important contribution of 97* to save a game for his state. He has all the skills and mental aptitude which necessary if he plays at the highest level.

The second opener is a player who has already been there and done that, albeit for a brief stunt.

Matt Renshaw has been scoring at number five for the Bulls and also had some significant contributions in county cricket this year. As I write this, he has already posted a double century against New South Wales, which further strengthens his claim.

Significantly, and not just by chance, he has moved back to opening for the Bulls – no doubt with an eye on the Australian Test team opening slot.

West Australian Teague Wyllie already looks the part. His entire setup at the batting crease and the attitude and maturity he has displayed are beyond his age. I remember seeing him back in the U19 World Cup where he batted calmly. He looks really confident in his own skills.

Aaron Hardie really put his hand up last year. He has not fired so far with the bat in the first couple of Shield grounds but he is a massive talent to watch out for, who has the required technique and attitude. That he can bowl at a fair click is just an addition.

Now to the matter of whether the selectors will be brave enough to blood these youngsters. In the past, the selectors have been hesitant and have instead given an excessively long rope to a misfiring incumbent. Opportunity delayed to the right person is like an opportunity missed, though this does seem to have started changing a bit in the George Bailey era.

These youngsters have shown promise at an early stage of their career and only having them around the Aussie setup will bring the best out of them.

So in view of having these young guns around the Australian setup, can Cricket Australia bolster the Australia A program and have these talented youngsters tour and play in different conditions under different kinds of pressure?

Can we see an annual fixture of Australia vs Australia A as a warm-up before the start of the Shield? Will we see the handover happen in time from the great batters or will these youngsters lose out due to a delayed and sceptical transition process?