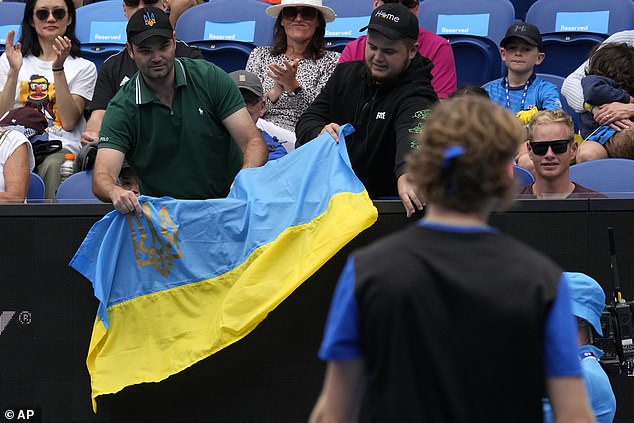 Dan Evans will tackle fifth seed Andrey Rublev in a potentially volatile Australian Open third round, with the Russian complaining about insults from the crowd.

Rublev claimed he was put off by an element of Ukrainian fans displaying a flag during his four set win over Finland’s Emil Ruusuvuori.

‘I immediately told the referee that it was not for the flag, they can display the flag they want, I completely understand the situation’, said Rublev.

The problem is that they started insulting me and saying nasty things.. I said to the referee: ‘I don’t mind the flag, but please tell them at least not to talk badly to me at the change of sides’.

Rublev has actually been one of the Russian players who has come closest to condemning the war of his government since last February, while stopping short of anything too specific.

Evans will aim to further frustrate Rublev when he tries to make the second week of a Grand Slam for the third time in his career.

The British number two made the last 32 when eased past Frenchman Jeremy Chardy, and it will be the eleventh time that he has reached this stage of a Major. 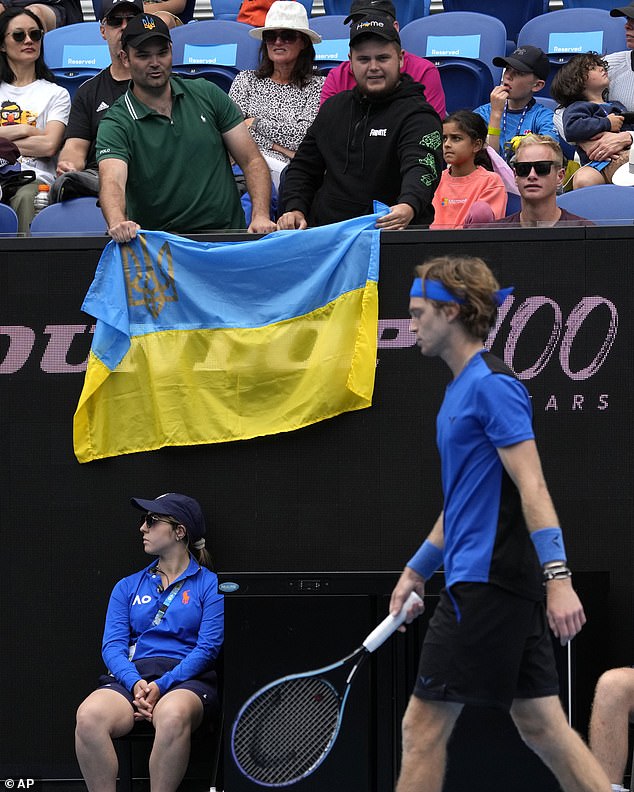 Rublev has been one of the players who have come closest to condemning the war, while stopping short of saying anything too specific

Evans will have his work cut out against the world number six from Russia, but hopes that his guileful game will be able to break down the relentless bashing of his opponent.

‘My plan will be to frustrate him with my game, and I have done that pretty well the last few times I’ve played him,’ said Evans, whose relative lack of height to other players makes him have to work so hard. 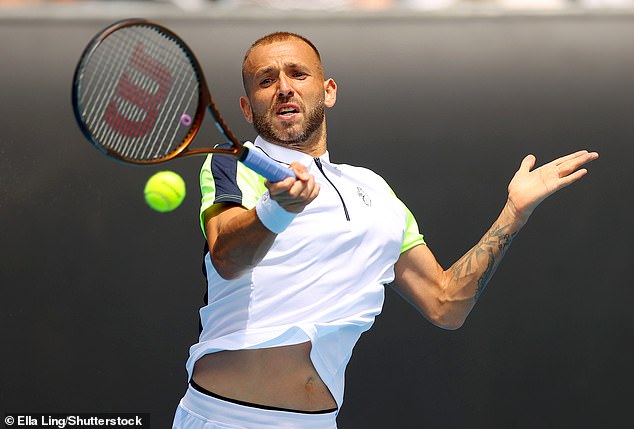 His match against Chardy was uneventful bar for an incident in the first set when a long dispute ensued after a ball dropped out of the Frenchman’s pocket.

Umpire Miriam Bley awarded the point to Evans, leading to a tirade from Chardy.

‘It’s a f—ing joke,’ he said, ‘I never see this in my life, I have been playing for 20 years, I never see an umpire bad like you. Where are you looking, are you looking at the birds? It’s the biggest mistake of the Australian Open. Not one umpire on the tour would do this mistake, not one.’