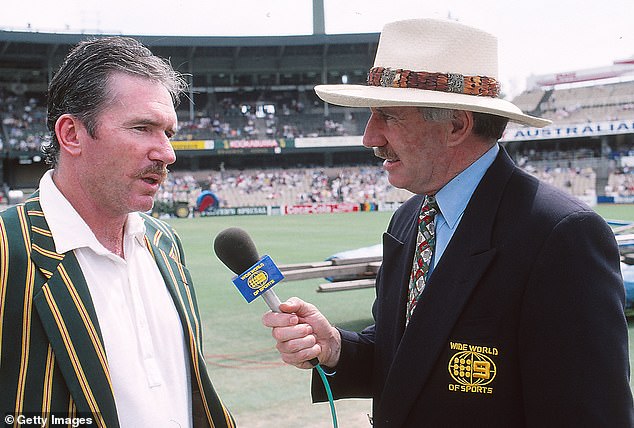 By Stirling Taylor For Dailymail

Australian cricket icon Ian Chappell has called it time with the microphone after 45 years in the commentary game – admitting world series cricket high flyer Kerry Packer wanted to sack the former skipper on many occasions.

‘Chappelli’ began his media tenure in 1977 after knocking 5345 runs in the Aussie test side throughout 75 test matches, 30 of those as captain.

Chappell said his decision to leave the broadcasting booth was similar to his career retirement call.

‘I remember the day when I knew I’d had enough of playing cricket,’ the 78-year-old told the Sydney Morning Herald.

The former Channel 9 and ABC grandstand commentator said his sportscasting run almost came to an end before getting under way, due to the mood swings of media tycoon Kerry Packer. 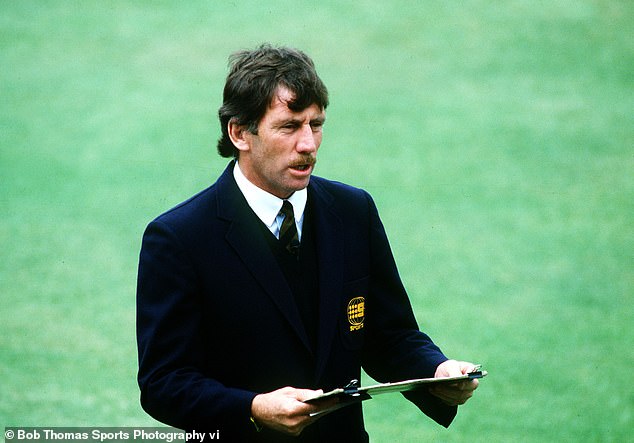 Chappelli reads over notes before a 1985 Test match at Headingley, while working for Channel 9

‘Kerry wanted to sack me a couple of times. He used to get the shits about one-day cricket, because that was his baby … With Kerry it was just like a storm, you’d let it blow over til the next one came,’ Chappell said.

Spending the back half of his career with ABC broadcaster Jim Maxwell, Chappell said he loved talking life with Wide World of Sports legend Richie Benaud, who helped craft his skill. 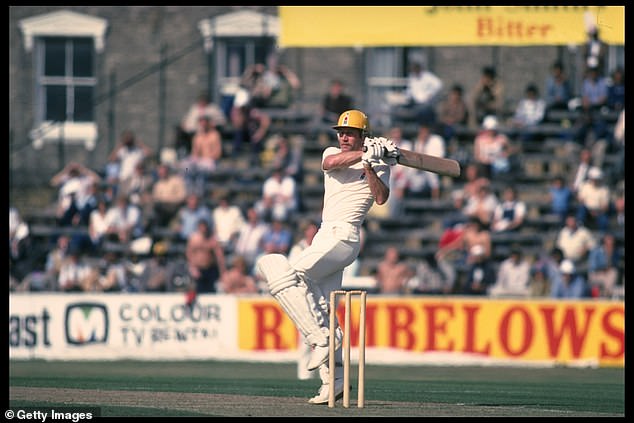 Chappell’s long television and radio stint has not been without controversy.

The Australian batsman, part of the Chappell brother dynasty, continued his feud with Englishman Sir Ian Botham off the pitch and into the commentary box, famously ignoring the allrounder during the 1998 Ashes series in the WWOS broadcast, later  saying he ‘can’t stand his voice’.

The South-Australian right hander says listeners of his commentary may remember him as a ‘prick’, but has owned his time behind the microphone. 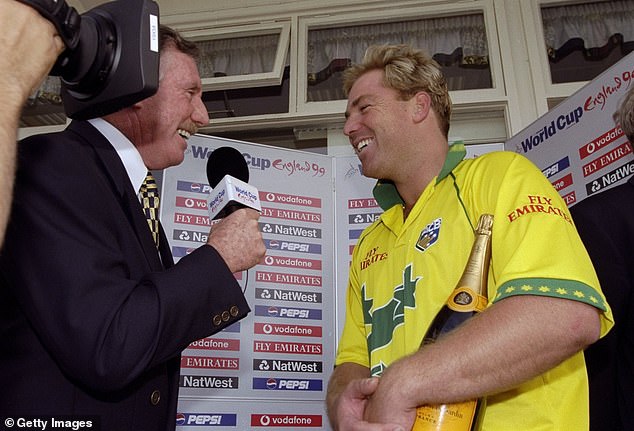 Chappell interviews the late Shane Warne in 1999, after the leg-spinner collected Man of the Match in a World Cup semi-final against South Africa

Chappell battled with skin cancer in 2019, where he underwent six weeks of intensive radiation therapy.

Chappell has recently questioned the future of Test cricket amid the rise of wealthy T20 leagues across the world. 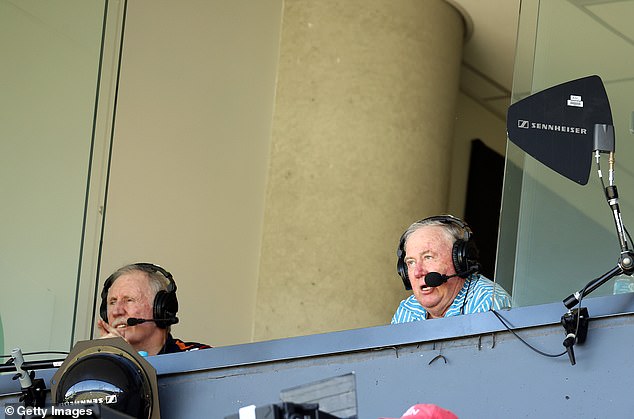 The author behind ‘Chappelli: life, larrikins and cricket’ and ‘Hitting out: The Ian Chappel Story’ said the 5-day format will come under fire in years to come, as players may seek coin over stature.

‘(Test cricket) won’t die in my lifetime. But who’ll be playing it? That’s the big question,’ Chappell told Channel 9.